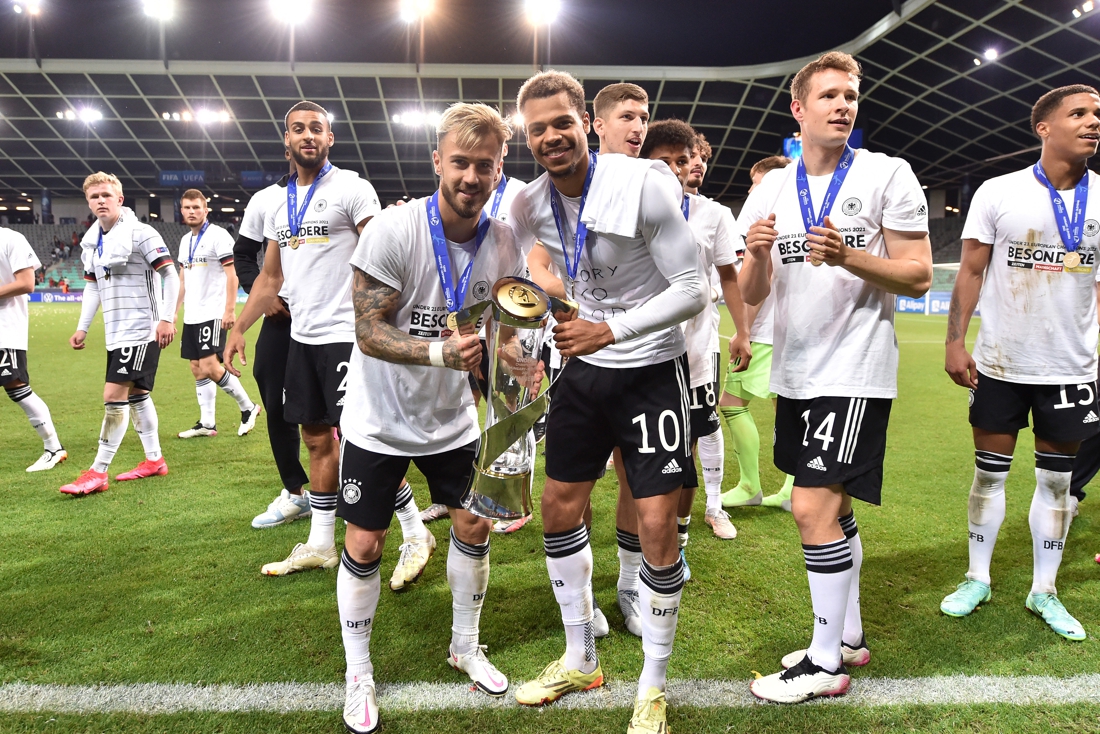 Leading Transfermarkt has made some adjustments after Germany’s U21 European title. Niklas Dorsch, bought by AA Gent for 3.5 million, is now worth 8 million and that makes for smiling faces in Ghent. The price for Lukas Nmecha has been adjusted from 8 to 12 million euros, making him almost untenable for Anderlecht, which rents the striker from Manchester City.

The matches of the German U21 and Niklas Dorsch were also closely followed by AA Gent manager Michel Louwagie. With the difference that in Ghent the …