By Heather Waugh For Dailymail.com

Ben Affleck and girlfriend Ana de Armas are pictured together for the first time in over a month.

The 48-year-old actor kissed his 32-year-old girlfriend as she sat on a railing on the New Orleans set of the movie where they play a married couple. 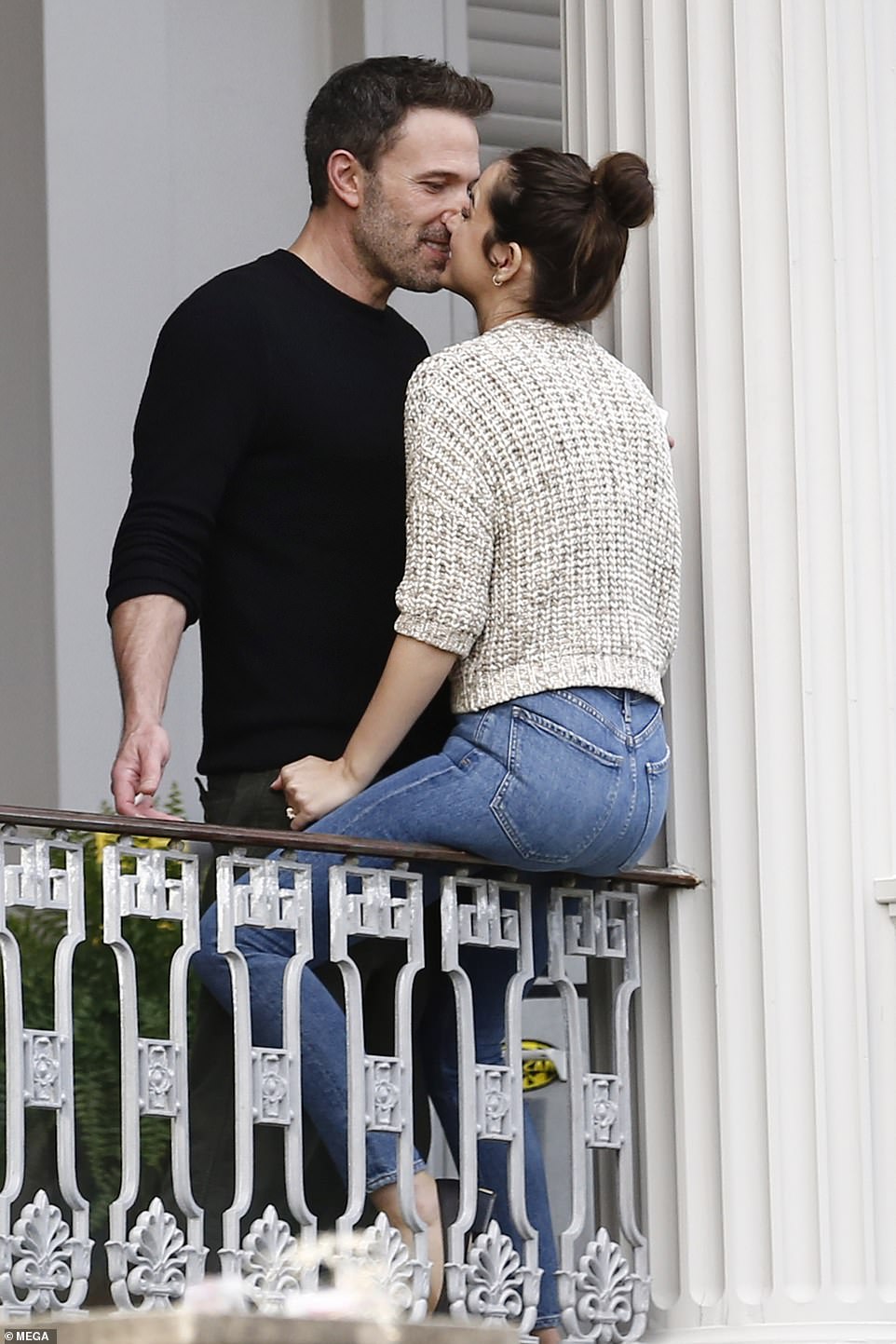 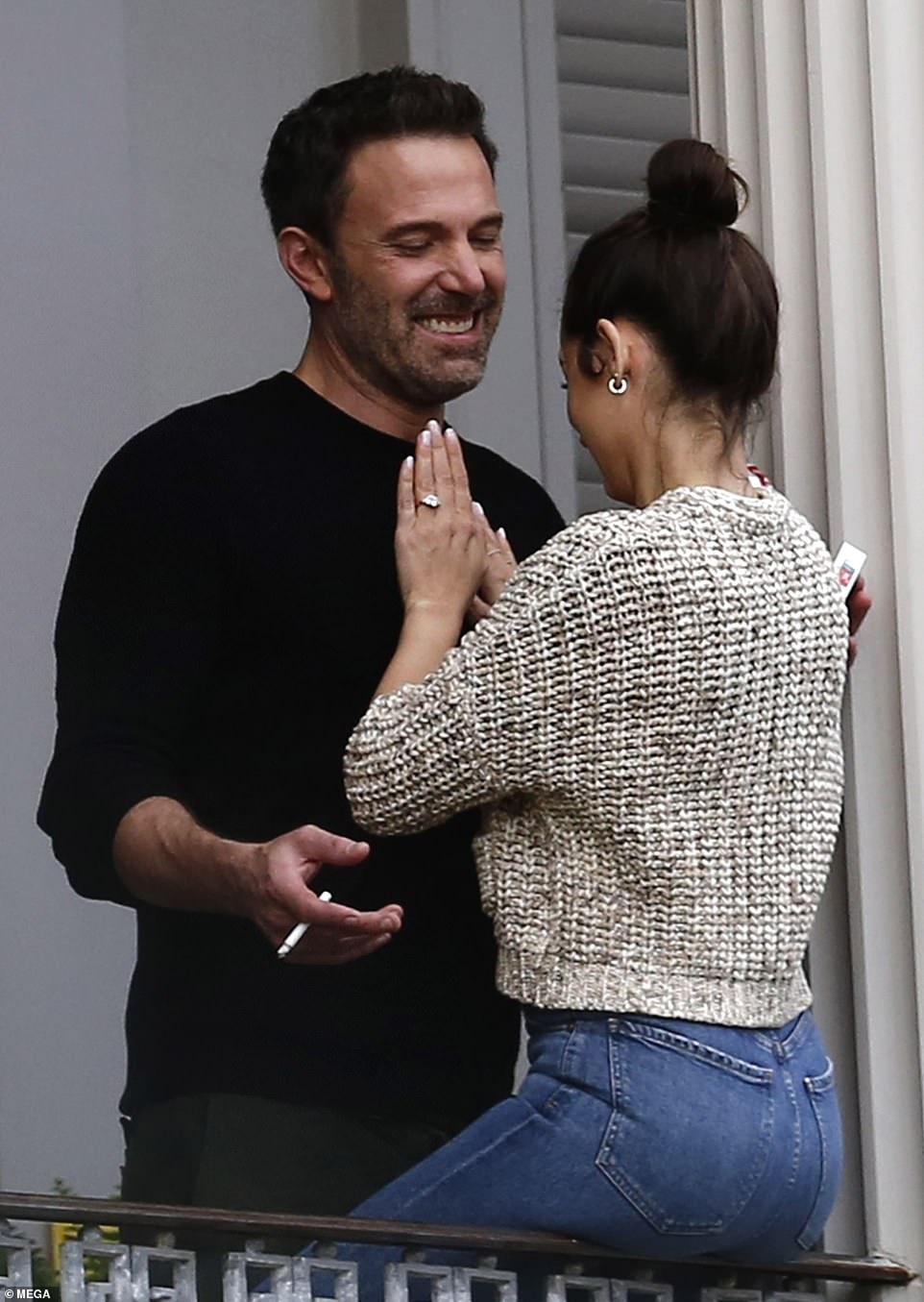 Admiring glance: Intriguingly, Ana could be seen admiring a large diamond ring on her engagement finger but it’s not known if it is just for filming. The duo play a married couple in the movie

Intriguingly, Ana could be seen admiring a large diamond ring on her left hand while showing off a flawless french manicure.

However, it’s not clear whether the jewelry was a prop for filming or a in fact a sign that the actors have taken the next step in their off-screen relationship.

The Adrian Lyne directed movie follows the story of a wealthy husband who allows his wife to have affairs in order to avoid a divorce and becomes a prime suspect in the disappearance of her lovers.

The couple haven’t been seen together in a number of weeks and it’s been nearly three months since they were spotted packing on PDA during an outing.

When the cameras weren’t rolling, the couple flirted and kissed on a balcony. 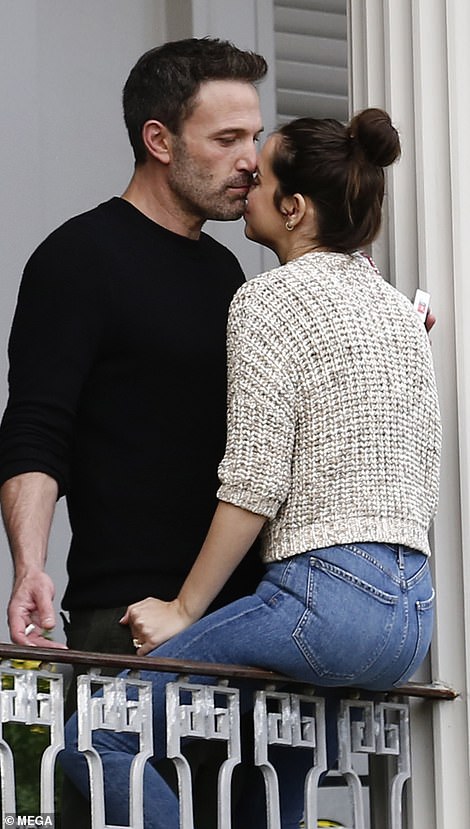 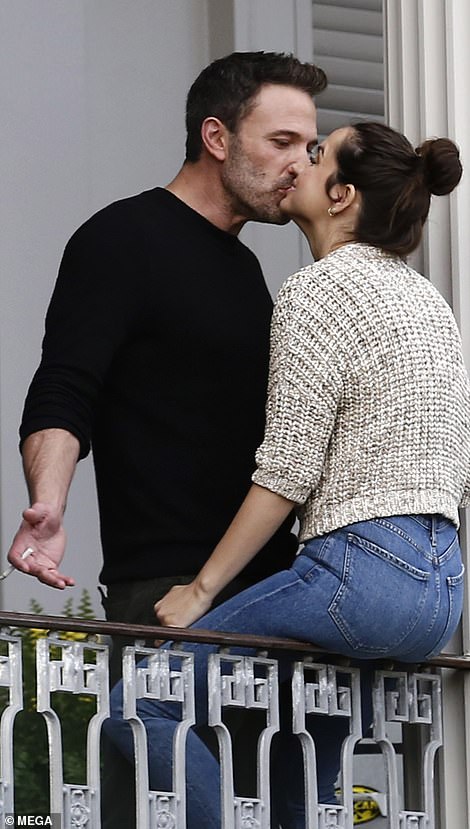 Tender: The 48-year-old actor showered Ana with kisses as they enjoyed a break between scenes

Ana was dressed in a beige chunky knit sweater and jeans with her dark locks pulled up in a bun.

The Argo star kept it simple in a black sweater and dark pants and chugged on a Diet Coke while also enjoying a cigarette.

Ana and Ben were last seen publicly together on October 15 in Los Angeles; he greeted her with a smile but did not share any PDA.

Prior to that, the duo were last seen August 20 during a flirty shopping trip to Nick Fouquet boutique in Venice Beach, California; this is the last time they showed affection publicly.

Since going public with their relationship earlier this year, after meeting on set in November 2019, the couple were frequently pictured enjoying strolls around Los Angeles on dog walks or grabbing coffee together amid the coronavirus lockdown.

In August they sparked rumors they were moving in together as it appeared the actress was moving her belongings into the father-of-three’s home in Brentwood.

Most recently Ana has been spending time in New York while Ben stays back in Los Angeles where his kids are.

Earlier this month the Cuban-born actress shared snaps from Central Park as she walked her dog enjoying the fall weather.