A mental health worker who died from an overdose lay undiscovered for three years after he was reported missing because police failed to search his mother-in-law’s garage, an inquest has heard.

Staffordshire Police launched a missing persons appeal for Gerald Frost, 61, in 2017 after he went missing from his home in the Baddeley Green area of Stoke-on-Trent.

Despite sightings of Mr Frost in Longport, in Stoke-on-Trent, and on a bus route to Leek, to the north east, detectives were unable to locate him.

However on September 16 last year, the mental health worker was found dead after a locksmith was called out to open the garage at his mother-in-law’s home in Milton.

The police had attended the residence as part of their inquiries – but had never looked in the garage. 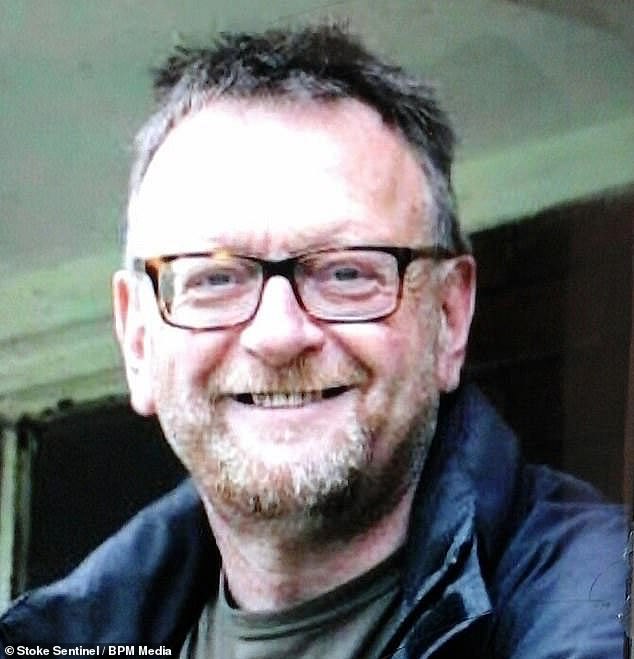 Police launched a missing persons appeal for Gerald Frost, 61, in 2017 after he went missing in Stoke-on-Trent

An inquest into his death heard that Mr Frost had last been seen byhis wife Andrea on September 18, 2017 at their home in Wallis Way, Baddeley Green.

He told her he was going to work – but never returned.

The last known sighting of the mental health worker was later that same day as he was captured on CCTV inside a Bargain Booze store.

In the months before his death, Mr Frost had been off work due to depression.

His employer Approach had started disciplinary hearings against him and paperwork relating to this was found next to his body.

In a statement, Mrs Frost said her husband’s body was only discovered because she decided to sell the home following her mother’s death.

Mrs Frost said: ‘It is disappointing that he had been there all of these years and no-one knew. The police didn’t look in there, if they had he could have been found a long time ago.’

The inquest heard the couple had been in a relationship for six years and married for nine months.

Mr Frost visited his GP in May 2017 as he had been thinking about taking an overdose.

Mrs Frost added: ‘We went on holiday to Madeira in July 2017 and there was no cause for concern, I never expected him to go missing. 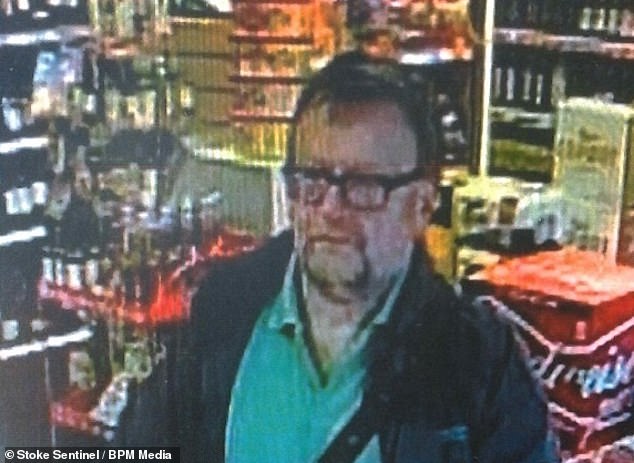 Mr Frost, who was given a sick note for work in 2017, was last seen on CCTV inside a Bargain Booze store

‘He was reported missing on September 18, 2017 and I never saw or heard from him again.

‘Two and a half years ago my mum developed dementia and went into full-time care.

‘I decided to put her property on the market. The property has a detached garage. We couldn’t find the keys and couldn’t get in.

‘We called a locksmith and on September 16, 2020 he gained entry to the garage and found skeletal remains of a male lying on the floor on a makeshift bed.

‘There was an empty wine bottle and packets of medication. At the time he went missing, due to her dementia, my mum wouldn’t of remembered seeing him there.

‘We also found lots of letters to Gerald relating to him being in trouble at work and disciplinary hearings. I had no knowledge of this.

‘I spoke to his employer and they told me they would have had to press charges in relation to the allegations.’

In a statement, locksmith Warren Rockley, who discovered Mr Frosts’ body, said: ‘As I opened the door I saw that the inside handle had fallen to the floor. I bent over to pick this up and noticed a pair of feet to my left about six feet away. 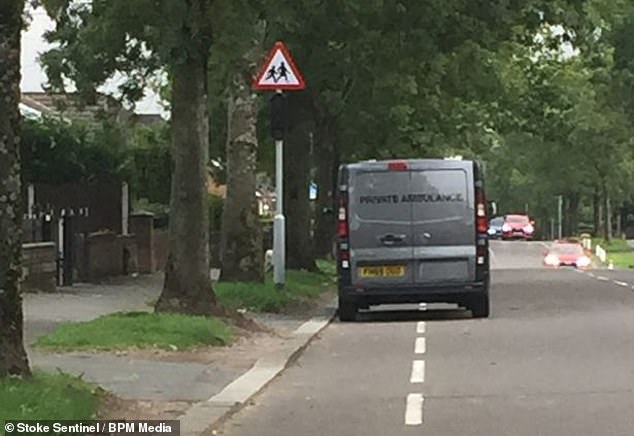 The mental health worker was found dead by a locksmith who had been called out to open the garage at his mother-in-law’s home. Pictured: A private ambulance outside a property in Baddeley Green Lane in Stoke-on-Trent

‘I looked up and there was a body at the front of the garage and I released it was a person deceased on the floor. He had definitely been there for a long time.’

Detective Sergeant Callear launched an investigation into the police’s involvement in the case.

The report stated: ‘It was whilst making inquiries and searches at his home address that officers identified a link with his mother-in-law’s address.

‘Two uniform officers went to this address to make general inquiries. These officers have been interviewed after Gerald’s body was found.

‘Their recollection three years after the event is not excellent. Neither officer can specifically say they made any direct attempt to search the garage.

‘Having checked the address on Baddeley Green Lane the attending officers completed an entry detailing the address. It should have been raised as a separate address.

‘It was not identified as a separate address, if it had been it would have been more obvious to those reviewing the evidence that this address had only been visited once.

‘Further practices and procedures have now been put in place.’

She gave his cause of death as an overdose of an unknown medication.

She also stated that she was satisfied that the issues raised by the police had now been addressed.

She added: ‘The garage should have been checked. It is not possible to say if it would have made any difference to Gerald as we don’t know the exact time he passed away.

‘Issues that the police have raised in relation to any potential failures have been dealt with by the police. In my view there is no risk of any further deaths resulting due to the same failures in 2017.’

For confidential support call the Samaritans on 116123 or visit a local Samaritans branch, see www.samaritans.org for details