The Project host Carrie Bickmore can’t wait to get back to work on Channel 10’s flagship current affairs show.

The TV presenter, 40, jumped for joy on Thursday as she shared her excitement.

She shared a photo to Instagram of herself leaping on her bed and told fans she would be back on screens from Monday. 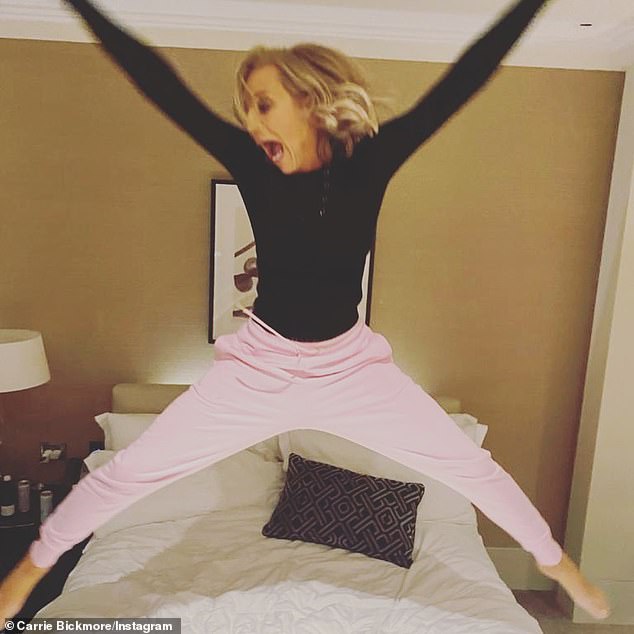 The Project’s Carrie Bickmore, 40, (pictured) shared a series of photos of herself jumping on a bed on Instagram on Thursday, as she celebrated returning to the show after her holidays

‘Excited to be back on air on The Project and on radio [with] The Carrie and Tommy Show on Monday after time off with the fam,’ she wrote.

Carrie wore a pair of pink trackpants and a long-sleeveblack top as she pulled a series of animated faces. 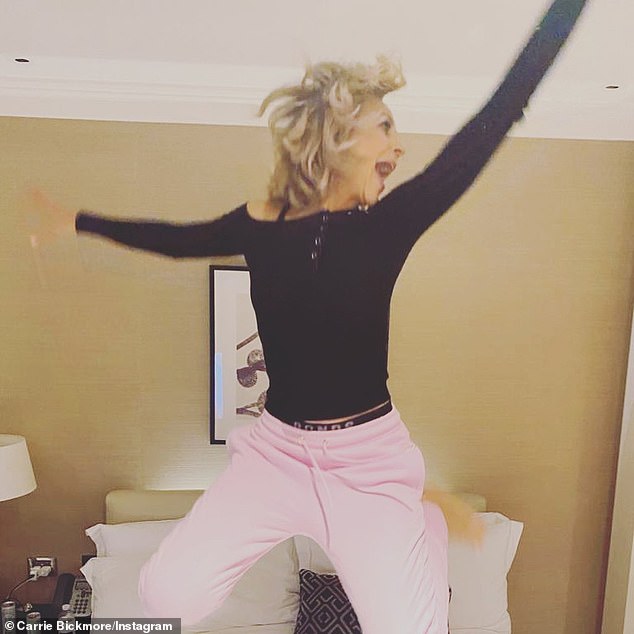 Woot!’Excited to be back on air on The Project and on radio The Carrie and Tommy Show on Monday after time off with the fam,’ she wrote

Carrie has been enjoying a family getaway to Byron Bay, on the NSW North Coast.

She looked very relaxed indeed in a series of happy snaps she shared with her Instagram followers last week.

The journalist showed off her holiday tan in a checked top and yellow maxi skirt as she raved about her new wide-brimmed hat. 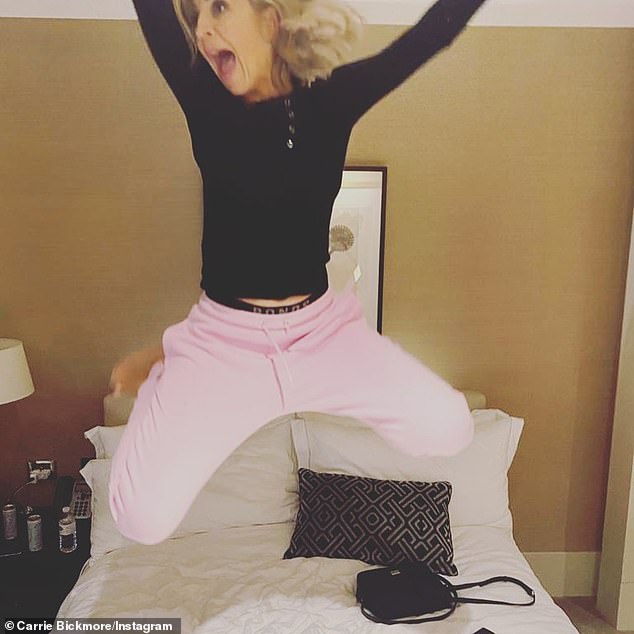 Low key:Carrie was wearing a pair of pink track pants along with a black long-sleeve top. She made a series of animated faces in the photos

‘My passive aggressive friend asked if perhaps I got a new hat. I have no idea what she is talking about,’ she wrote playfully.

A number of the photos showed her with her husband, Chris Walker, and their daughters,Evie, five, andAdelaide, two.

They were also joined by Carrie’s 12-year-old son, Oliver, from her marriage to Greg Lange, who died of brain cancer in December 2010.

Carrie is based in Melbourne for her duties on Channel 10’s The Project, and owns a $3million holiday home in Byron Bay. 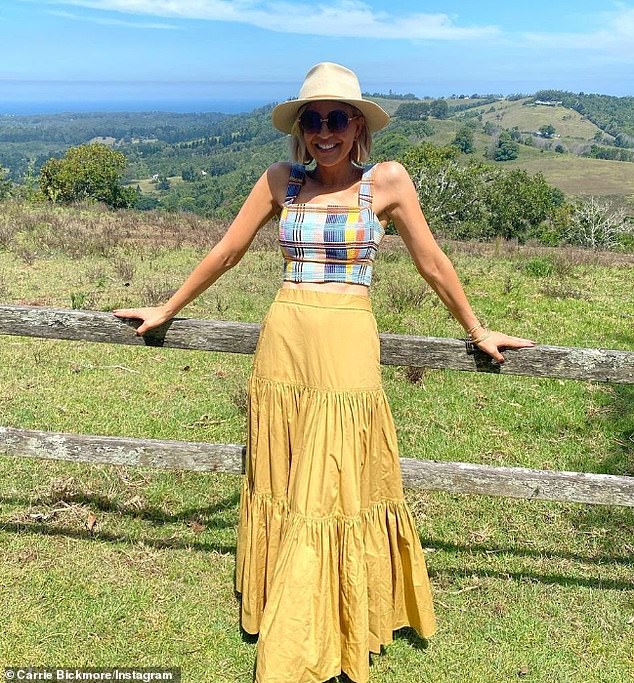 Fit mama! Carrie showed off her ripped abs and incredible figure in a cropped top and maxi skirt last week during her getaway to Byron Bay 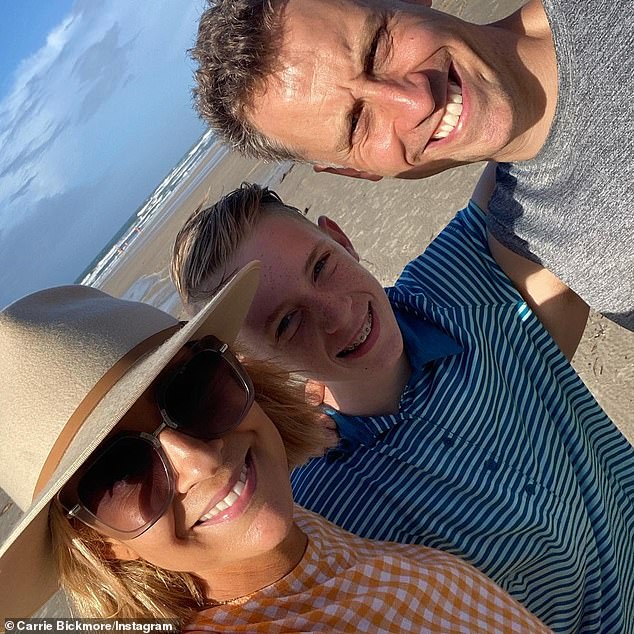 Family: Carrie (left) is pictured in another holiday snap alongside her partner Chris Walker (right) and her son Oliver Lange (centre), from her marriage to late husband Greg Lange