The family of an Arizona congressional staffer who died while camping in Death Valley National Park in California have revealed that his SUV had gotten stranded with two flat tires, and his wife suffered a severe injury to her foot during the ill-fated trip last week.

Alexander Lofgren, 32, and Emily Henkel, 27, were found on Friday on a steep ledge near Willow Creek, California, but Lofgren did not survive.

Henkel was rescued and flown to Lemoore Naval Air Station for treatment. Her brother, Chris Henkel, wrote in the description of a GoFundMe campaign that his sister required surgery. 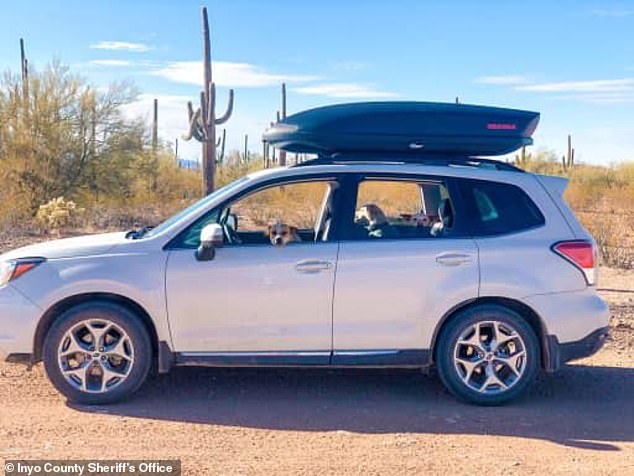 The Sheriff’s Office posted a picture of the their white 2018 Subaru Forester with Yakima roof rack and several dogs near what is believed to be Tucson. The vehicle became stranded after getting two flat tires

The brother provided a detailed account of the incident beginning on April 4, when Emily and her husband’s Subaru SUV became disabled in ‘a very remote’ part of Death Valley National Park.

Lofgren, an Army veteran, and Henkel, a photographer, who were described by the authorities as experienced campers, were scheduled to return home that day but never made it.

Two days later, authorities because searching for the missing couple with helicopters.

On April 8, Henkel and Lofgren’s vehicle was finally located with a note inside, which read ‘two flat tires, headed to Mormon point, have three days’ worth of water,’ Chris Henkel wrote.

He stated that his sister and brother-in-law were spotted later that same day from the air, but rescue teams were unable to immediately reach them because of the remoteness of their location. 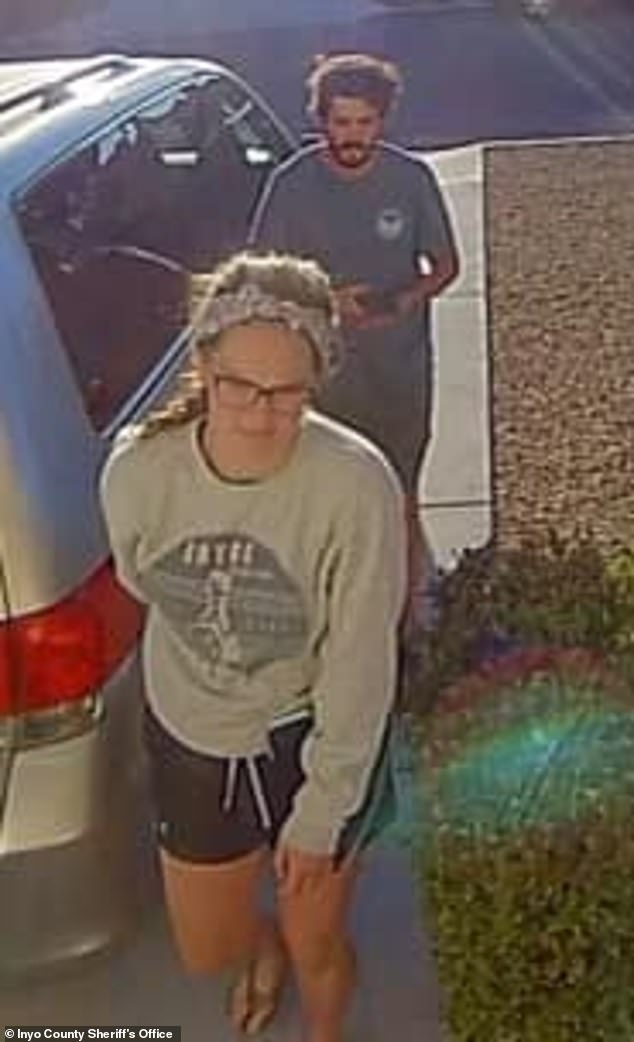 The Tucson couple are pictured in an image released by Inyo Creek Sheriff’s Office. They were supposed to return from their camping trip on April 4 but never made it back 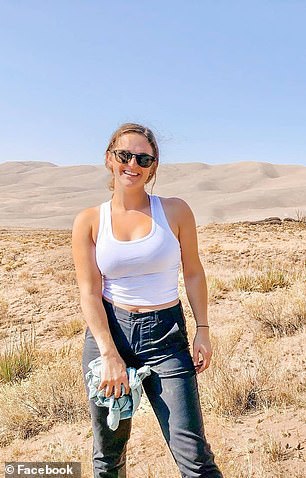 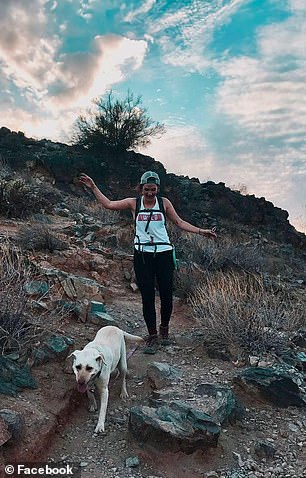 According to Henkel’s brother, his photographer sister suffered a serious injury to her foot while trying to cross a canyon. After she was rescued on April 9, Henkel underwent a surgery

It was not until 11.30am the following day, April 9, after a failed aerial rescue attempt, that a search party finally made contact with Emily and learned that her husband had died.

The cause of Lofgren’s death is under investigation.

‘Rescuers, family, and friends were devastated to discover that Alex had suffered fatal injuries trying to make it through Willow Creek Canyon to the nearest road for help, and that Emily had suffered a severe foot injury requiring surgery,’ the brother wrote.

Chris wrote that the money raised through GoFundMe campaign, currently totaling more than $31,000, would help the family cover the costs of the multi-agency search and rescue operation, Emily’s medical expenses and Lofgren’s memorial services.

‘I would like to honor Alexander Lofgren for being such a loving, strong soul,’ Chris wrote in a Facebook post on Sunday. ‘For serving his country, and protecting my sister to the end. I will forever be grateful to him with all my heart and soul.’ 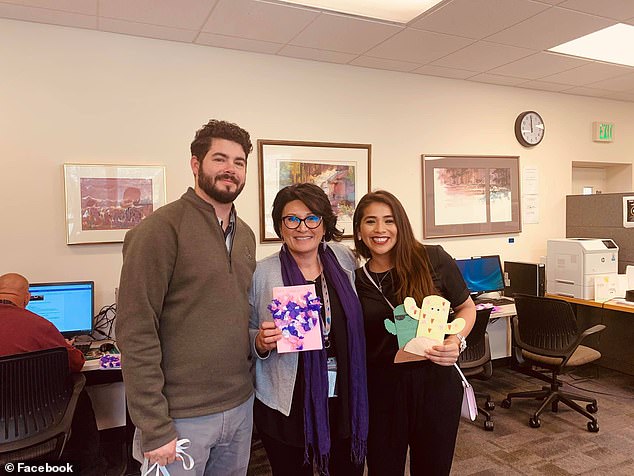 Lofgren (left) previously served in the military and was deployed to Afghanistan.

Lofgren worked as a caseworker in the district office of Congressman Raul Grijalva and lived in Tucson, KGUN reported. He previously served in the military and was deployed to Afghanistan.

Grijalva, a Democrat, released a statement about Lofgren’s death on Twitter.

‘To know Alex was to know someone who loved life, loved his family, and loved helping others. Words cannot begin to describe the void this immeasurable loss leaves in the hearts of his colleagues and his family,’ Grijalva wrote.

‘Alex lived a life of service and always put the needs of others first. After serving our country in Afghanistan, he came home to Arizona to serve veterans right here in Southern Arizona as a caseworker in my office.’

He continued: ‘The passion he dedicated to work each day touched countless lives. No matter the situation, Alex met those he helped with a smiling face, a caring heart, and unrivaled empathy.’ 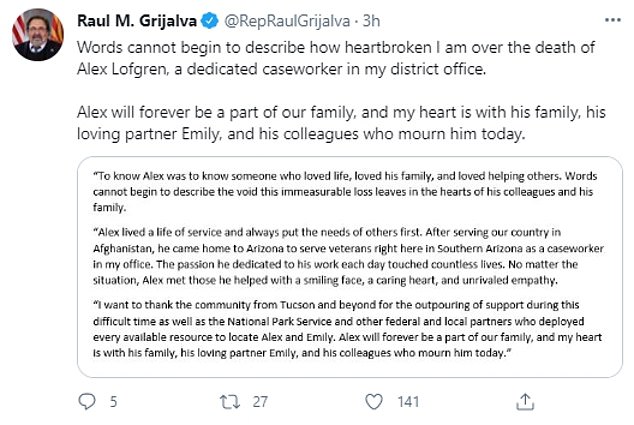 ‘Alex will forever be a part of our family, and my heart is with his family, his loving partner Emily, and his colleagues who mourn him today,’ he added.

Death Valley, in the Mojave Desert in eastern California, is one of the hottest and driest places in the world. It had highs in the 90s this week.

The rugged park has claimed several lives over the years. In January, an experienced climber who was descending a canyon plunged to his death when he was caught in a rockslide.