Derek Hough and his girlfriend Hayley Erbert were seen spending some quality time together in Los Angeles on Tuesday.

The lovebirds were first spotted going to a gym then they were seen leaving a grocery store after picking up some essentials.

The Dancing With The Stars veterans looked in sync fashion wise as well as they wore matching neon bottoms. 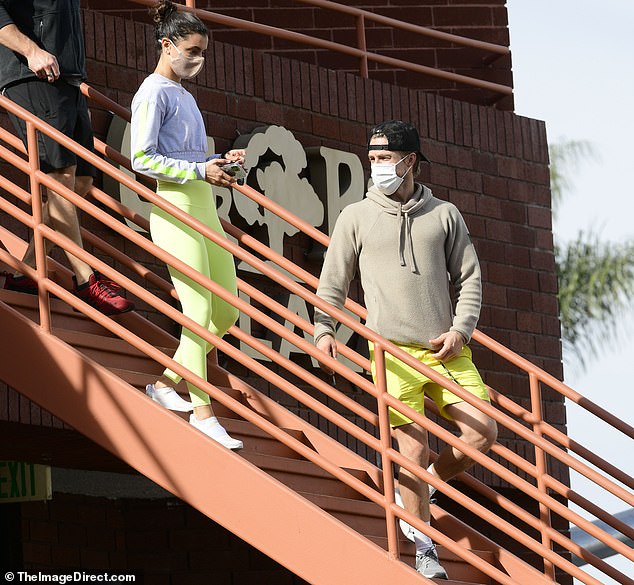 Time for two: Derek Hough and Hayley Erbert were spotted in Los Angeles on Tuesday as they headed to a gym

The 35-year-old Derek had on a light green hoodie on top of a pair of bright yellow athletic shorts; he also wore a set of white socks and grey running shoes.

He accessorized with a black trucker cap that was initially kept turned backwards before he eventually turned the brim the other way around.

The front of the dancing judge’s hat featured the phrase ‘Kindness: pass it on’ emblazoned across its front; Hough has worn numerous articles of clothing featuring the same mantra in the past.

Erbert wore a stylish grey crewneck sweater featuring a neon green stripe running down its sleeves; she paired her top with a pair of brightly colored leggings and a set of white trainers. 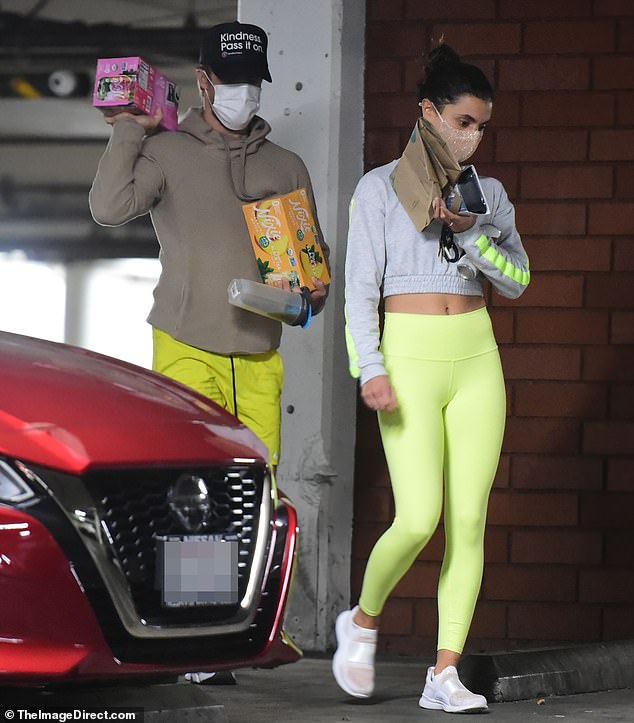 Stocking up: The couple were later spotted heading back to their car after picking up groceries from a local supermarket 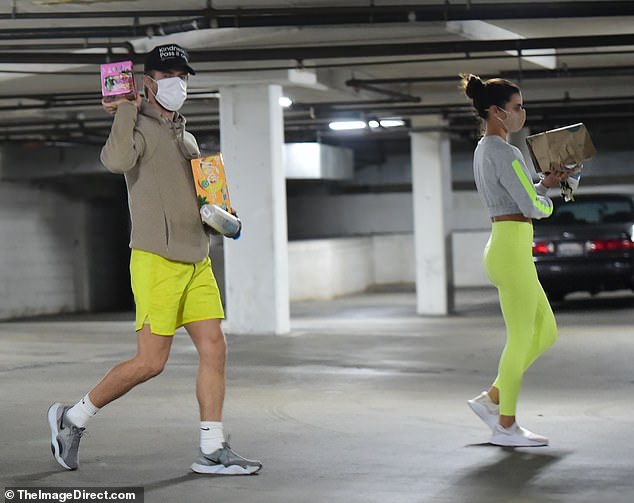 Not taking chances: The dancers both wore face masks to reduce the chance of either one of them contracting COVID-19 during their shared time outside

The 26-year-old social media personality kept her typically free-flowing brunette hair tied back in a tight bun for the shared excursion.

The two wore face masks to keep themselves safe in the midst of the coronavirus pandemic, which has heavily impacted Southern California.

Hough and Erbert have been dating since 2015 after working together on the Move Live On Tour show, which was spearheaded by the World Of Dance judge and his sister Julianne.

Erbert was also featured as a contestant on the 10th season of the reality competition series So You Think You Can Dance; she later appeared as a troupe dancer for Dancing With The Stars.

The two are very active on their respective social media outlets and often feature in each other’s posts. 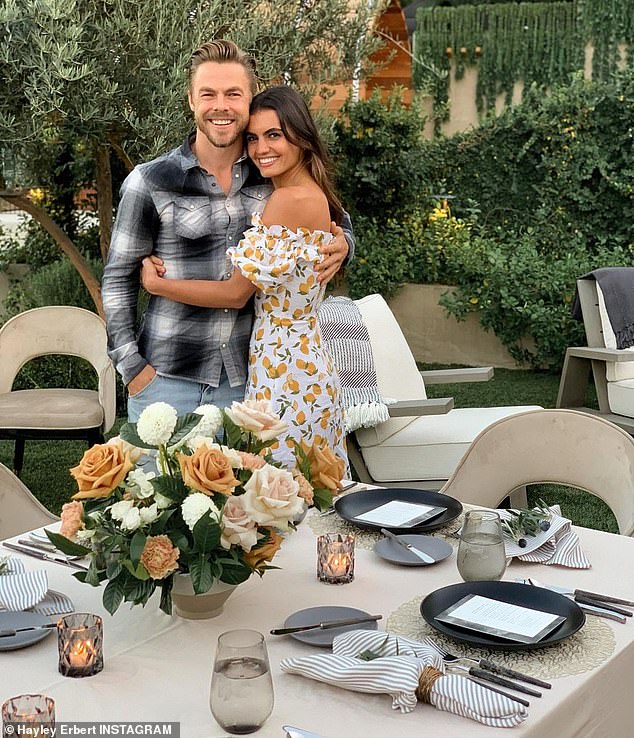 Everyone knows: The two often feature in each other’s social media posts, and are seen together in a picture taken during a celebration of Erbert’s birthday in October

On Sunday, Hough posted a photo of the two getting close as they posed together against a breathtaking beach landscape.

The dancing judge and his girlfriend were only shown in silhouette as they were backlit by a vibrant setting sun.

The caption for the photo made a reference to the 1978 film Grease, asHough wrote: ‘Sandy: Danny is this the end? Danny: No, its only the beginning.’ 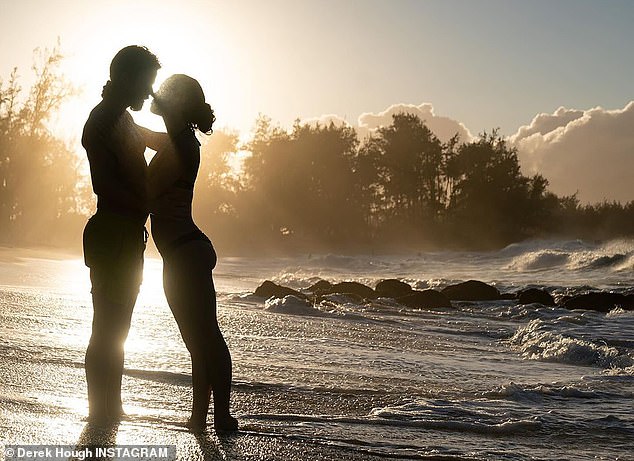 Love in the sun: On Sunday, the Dancing With The Stars mainstay shared a photo to his Instagram account depicting him posing against a breathtaking coastal landscape with Erbert