Dying Light 2: Stay Human It is shaping up to be one of the most anticipated releases of 2022 when it comes to video games. Following the announcement of a long delay in September 2021, the Techland-developed title is finally gearing up to make its debut on February 4, an event that has generated great anticipation among fans of the first installment and industry enthusiasts in general.

YOU CAN SEE: Twitch plans to update its user complaints and appeals process in 2022

Following the established schedule, the company has published the sixth and last episode of ‘Dying 2 Know’, a series of videos hosted on its official YouTube channel that aim to publicize all the information behind the development of the title through interviews. with the studio team and even with the actors who lend their voices to the characters in the video game.

Those who are looking forward to this new title will be happy to know that the final episode of the show features information related to the cooperative mode with up to 4 simultaneous players and a new segment of gameplay. Of course, another great attraction is to see the graphical and performance comparison of Dying Light 2: Stay Human on previous generation consoles such as PS4 and Xbox One with current generation consoles such as PS5 and Xbox Series X | S.

YOU CAN SEE: Kirby and the Forgotten Land is coming to Nintendo Switch on March 25

Watch the sixth and final episode of ‘Dying 2 Know’, the explanatory video series for Dying Light 2: Stay Human, below: 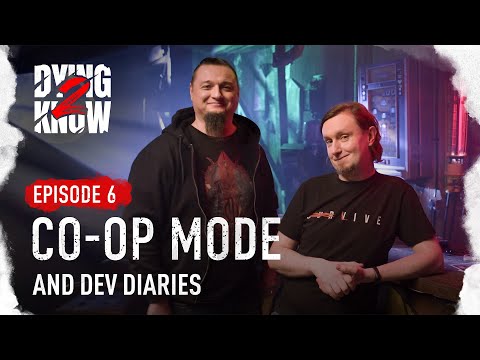 Dying Light 2: Stay Human is a video game developed and published by Techland. The title will be released on February 4, 2022 on PlayStation 4, PlayStation 5, Xbox One, Xbox Series X | S, Nintendo Switch (via Cloud) and PC. The story is set 15 years after the events seen in the first game and will introduce us to The City, the last bastion of humanity that still stands after the zombies have infected a large part of the world’s population.

According to its developers, parkour in Dying Light 2 will have more than 3,000 animations, double what we saw in the first Dying Light.