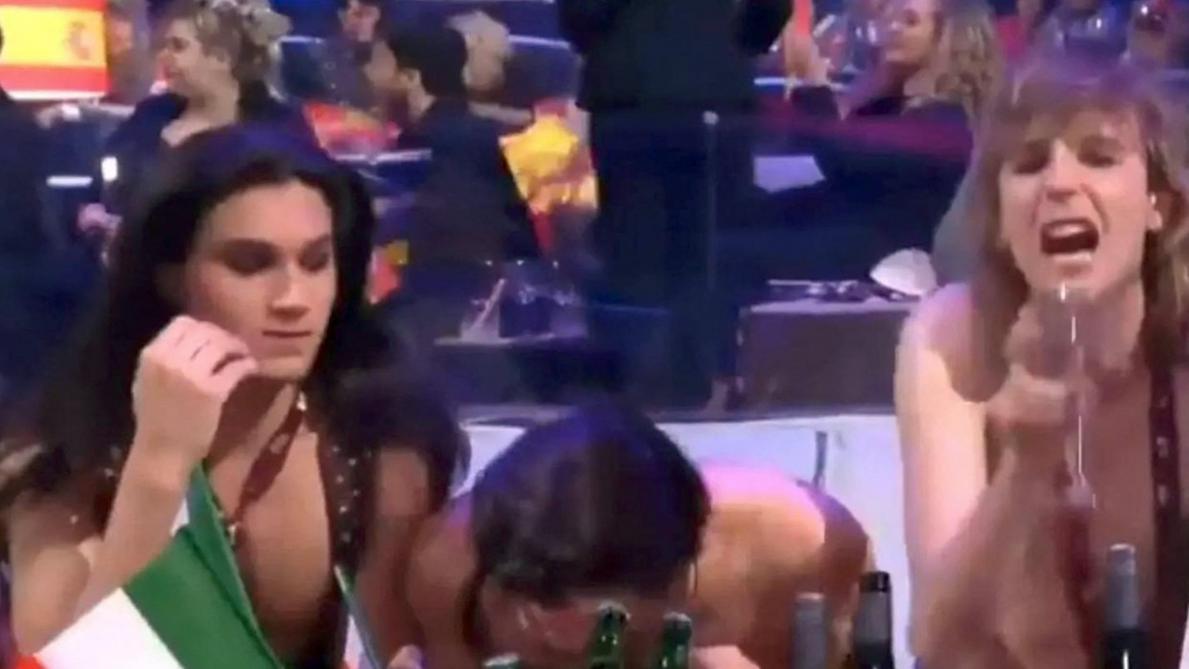 Italy, which pranced ahead of the favorites, won the 2021 Eurovision song contest, ahead of France and Switzerland, thanks to the powerful performance of the rockers of the group Måneskin.

Lhe singer of the Italian group Måneskin, which won Eurovision 2021, will undergo drug testing after suspicious behavior during the competition, with France calling for “the honor of this competition” to be safeguarded.

Damiano David will undergo a test upon his return to Italy after the controversy caused by a viral video in which he can be seen lowering and touching the table with his nose in full competition on Saturday in Rotterdam, images which were seen live worldwide.

Italy, which pranced ahead of the favorites, won the 2021 Eurovision song contest, ahead of France and Switzerland, thanks to the powerful performance of the rockers of the group Måneskin.

But if the Italian group were disqualified, the victory would go to the French Barbara Pravi, who came second ahead of Switzerland with her title “Voila”.

Asked whether Italy should be sanctioned in the event of a positive result, the French Minister for Europe and Foreign Affairs, Jean-Yves Le Drian, replied to RTL radio that it was “to the ethics committee of Eurovision to decide if there is a problem ”.

But he added: “Eurovision is responsible for the honor of this competition”.

The singer was asked about the incident during the winning group’s press conference and explained that he leaned over because guitarist Thomas Raggi had just broken a glass.

The group then said on their Instagram account: “We are ready to undergo tests because we have nothing to hide.” “We are really shocked that some are saying that Damiano is on drugs. We are really AGAINST drugs and we have never taken cocaine, ”they assured.

The European Broadcasting Union argued that there was evidence that a glass had been broken.

Alberto Fernández, on his ministers: “All those who are candidates must leave their positions”