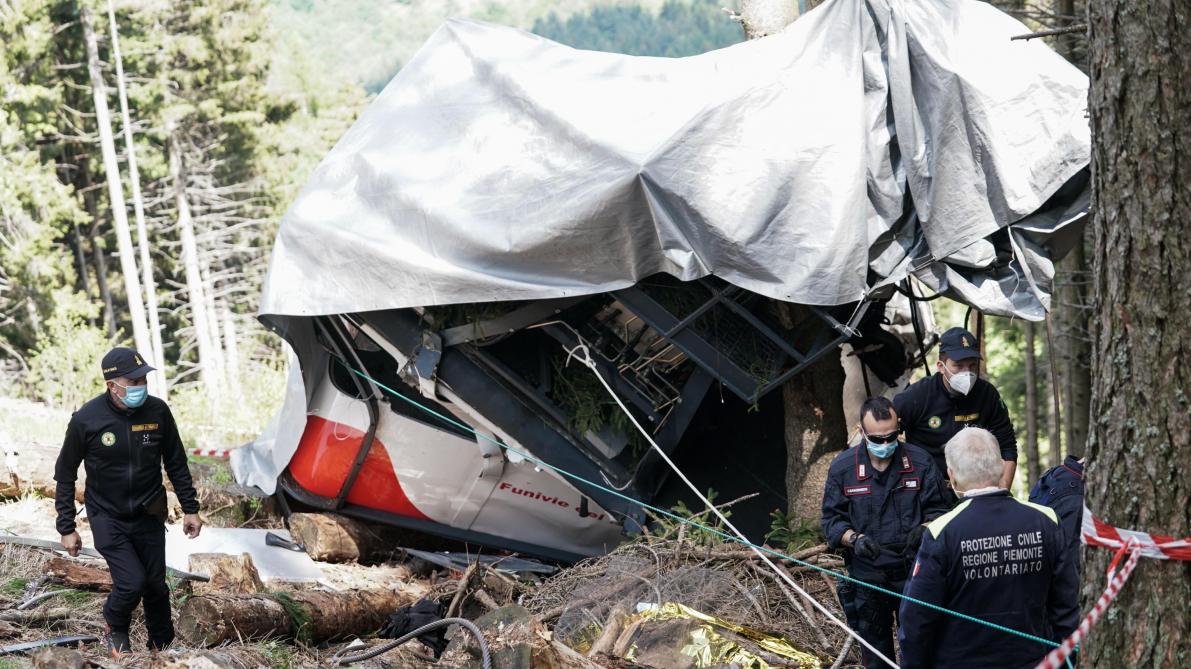 They do not present a risk of leakage, report the Italian media.

TSixteen passengers died instantly in last Sunday’s cable car crash in northern Italy, while Eitan and another child were taken to hospital. The latter then died of his injuries.

During a hearing in parliament on Thursday, Transport Minister Enrico Giovannini spoke about the circumstances of the accident, explaining in particular that the cabin had struck a pylon before falling to the ground.

The three people arrested are Luigi Nerini, the manager of the company “Ferrovie del Mottarone” which manages the cable car, Gabriele Tadini, director of the installation, and Enrico Perocchio, operational manager of the cable car built in 1970. According to information from the daily La Stampa, the three men were released after the Italian courts suspected their negligence and held them responsible for the accident. They would have deliberately deactivated the emergency brake which had been a problem for some time. The decision to release the three men was made because they do not represent a risk of flight abroad.

This cable car connects the village of Stresa to Mount Mottarone in 20 minutes, which offers spectacular views of Lake Maggiore and the Alps.

The little boy woke up

The Israeli boy, the only survivor of the cable car accident that killed 14 people on Sunday in northern Italy, has woken up and should be released from intensive care soon, the Turin hospital announced Thursday where he is being treated.

The five-year-old boy has been in serious condition since the cabin fell into the void in Stresa, near the top of Mount Mottarone reaching nearly 1,500 meters, killing the other 14 passengers, including his parents, his little brother from two years old and his great-grandparents.

“Eitan is now awake and conscious in the intensive care unit, he is talking with his aunt,” said a spokesperson for the Regina Magherita hospital in Turin, the capital of Piedmont (north-west).

“From a clinical point of view, he is still in critical condition due to trauma to the abdomen and chest, and various fractures,” he said. “In the next few days, he will be released from intensive care and will be transferred to a long-stay ward.”

On Wednesday, three officials from the company operating the cable car were arrested for deliberately disabling the emergency braking system that should have blocked the cabin when the cable broke.

Eitan’s classmates sent him pictures to cheer him up. “It’s a huge tragedy,” the artist Stefano Bressani, father of one of his comrades, told the daily Il Messaggero.

The mayor of Stresa, Marcella Severino, told the newspaper that Eitan’s aunt, his father’s sister, was taking care of him. “She is very strong, which will be useful for supporting her nephew. She is a stable presence in the life of this child, he is in good hands, ”she added.