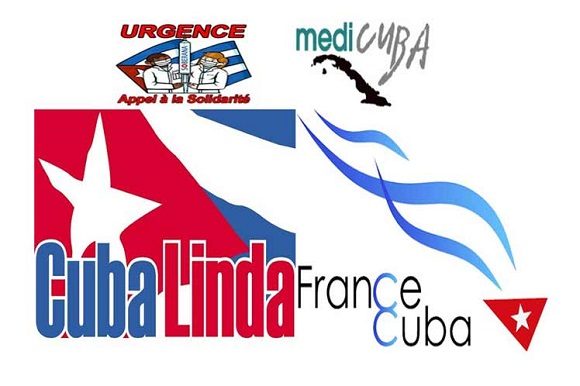 The solidarity campaign of the Cuba Linda and France Cuba associations to support the vaccination against COVID-19 on the island this Thursday exceeded 80,000 euros raised, which is equivalent to more than one million syringes.

Launched in April, the initiative accumulates 80,804 euros, thanks to the contribution of hundreds of citizens, as well as organizations, unions and political forces, explained the president of Cuba Linda, Didier Lalande, who recognized the participation in the campaign and the fact that in practice the donations reached double the initial goal.

Around 55,000 euros have already been transferred to MediCuba Switzerland, an entity with more than two decades of support to the Greater Antilles in the health sector, which accompanies the efforts to buy syringes and needles for the immunization of the population .

Lalande pointed out that there is still a money transfer to be made at the end of June, considering the interest in participating of other people and associations.

According to the president of Cuba Linda, The campaign constitutes a contribution to the world day that from June 6 to 13 carries out activities to condemn the economic, commercial and financial blockade imposed by the United States on the island.

Regarding the siege, Lalande ratified the repudiation of the organization created in 1998 to this policy and the importance of global mobilization in view of the vote on June 23 in the UN General Assembly of a new resolution against the blockade, similar to the one approved in that multilateral forum on 28 occasions since 1992.

In April, when the initiative on syringes and needles was launched, Cuba Linda and France Cuba appealed for solidarity on French soil with a country recognized on the planet for its selfless help to dozens of nations in the field of health, altruism demonstrated once again in times of COVID-19.

The government of the Island thanked the actions underway on various continents to support its objective of protecting the entire population from COVID-19 before the end of the year with its own vaccines, despite the impact of the US blockade.

3 o’clock in the day: How is the solidarity support of various nations for the vaccination campaign in Cuba? (+ Podcast)

(With information from Prensa Latina)