It’s been entertaining a nation in lockdown after kicking off last Sunday.

However some I’m A Celebrity… Get Me Out Of Here! fans were left disappointed on Saturday night after tuning in and discovering the show wasn’t live.

Instead of seeing the latest instalment of the campmates time at Gwrych Castle, Ant and Dec presented a round up of the week as well as a few unseen clips. 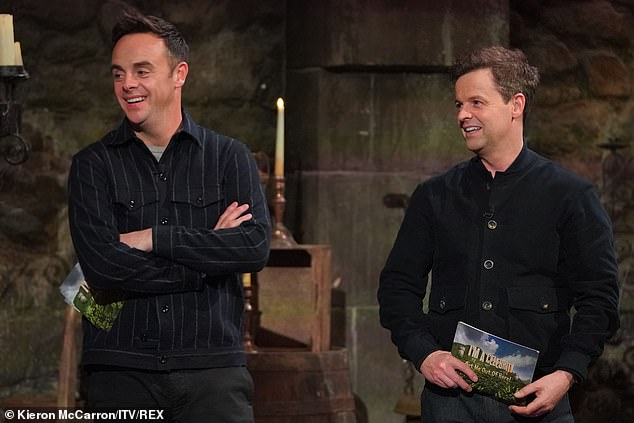 Unexpected: Some I’m A Celebrity… Get Me Out Of Here! fans were left disappointed on Saturday night after tuning in and discovering the show wasn’t live and instead best bits from the week (Ant and Dec pictured)

Taking to Twitter to express their surprise, one person wrote: ‘A recap episode?? Wth it’s only been on for 6 days! We know what’s happened!!’

While another added: ‘We’re in the middle of a lockdown, with nothing to do but watch TV and #ImACeleb put on a recap after one week??’.

Several other people agreed with the sentiment, with a fourth penning: ‘Proper let down this recap! Saturday night ruined. #anticlimax’

And someone else wrote: ‘Why is it a catch up week? Why not an actual show? This has legit ruined my Saturday night now, it’s the only thing I live for these days!’ 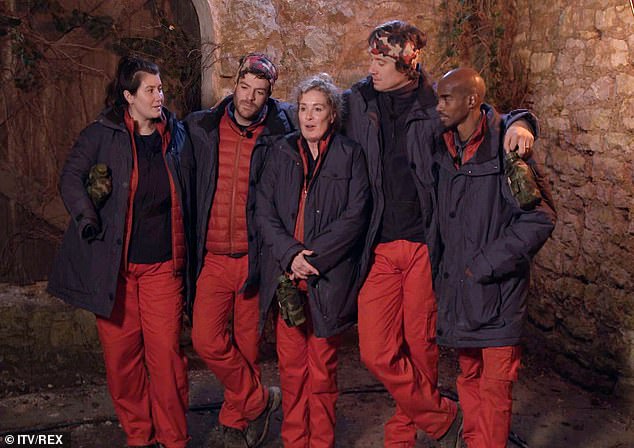 Wanted more: Although it wasn’t a new update from the camp, viewers were treated to a few unseen clips during the show (pictured Hollie Arnold, Jordan North, Beverley Callard, Vernon Kay and Mo Farah)

The surprise was especially strong for some viewers of the hit ITV series as Friday’s episode was jam-packed with entertaining tales and surprises.

Ruthie Henshall had detailed her romps with Prince Edward at Buckingham Palace as well as revealing she got ‘p****d on martinis’ with the royals at Balmoral.

As well as her revelations, viewers had hoped that they would see the campmates attempt the late night trial which was teased at the end of Friday’s show. 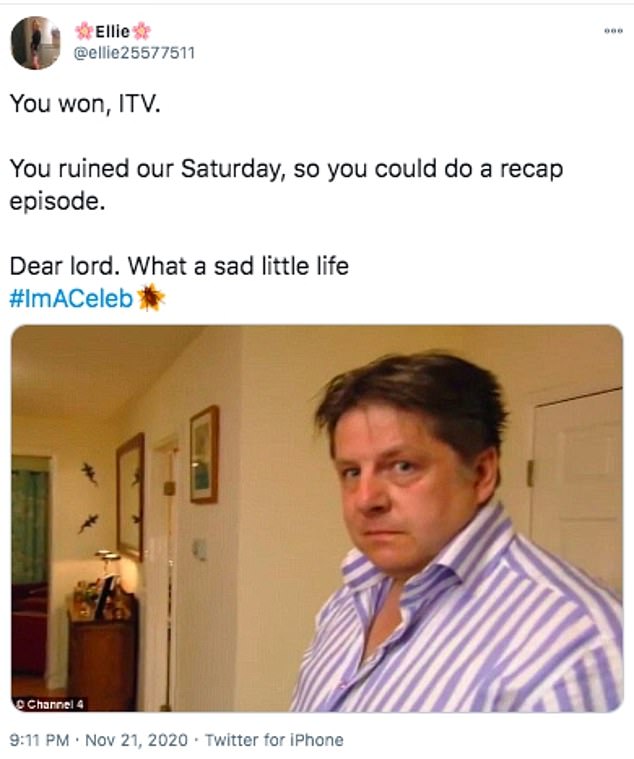 Reaction: People flocked to Twitter where they claimed the episode had ‘ruined’ their night

Despite not being a live show, there were some previously unseen clips from the first week at the Castle.

Giovanna Fletcher revealed that she once filmed a scene for TOWIE alongside her reality star brother Maria Falcone, but it was cut out of the show.

Viewers were also treated to three shower scenes as Jessica Plummer, Vernon Kay and AJ Pritchard all stripped off to wash in the grimy bathroom at Gwrych Castle.

Vernon Kay also announced that he and wife of 17 years Tess Daly secretly renewed their wedding vows five years ago.

Revelations: It comes after I’m A Celebrity’s Ruthie Henshall raised eyebrows as she opened up about her Buckingham Palace sex sessions with ex Prince Edward during Friday’s show

The presenting duo originally wed in 2003 and have two daughters – Phoebe, 16, and Amber, 11 – and Vernon talked about his marriage during the recap show.

Chatting to camp-mates Giovanna and Jessica, Vernon was asked by Giovanna – who was discussing her marriage to McFly crooner Tom Fletcher – if he would ever renew his vows.

‘We have done, we did it in France, about five years ago,’ he revealed. ‘I booked a weekend in our favourite hotel in the South Of France and I spoke to [Tess’] stylist at the time and I said I needed four dresses. 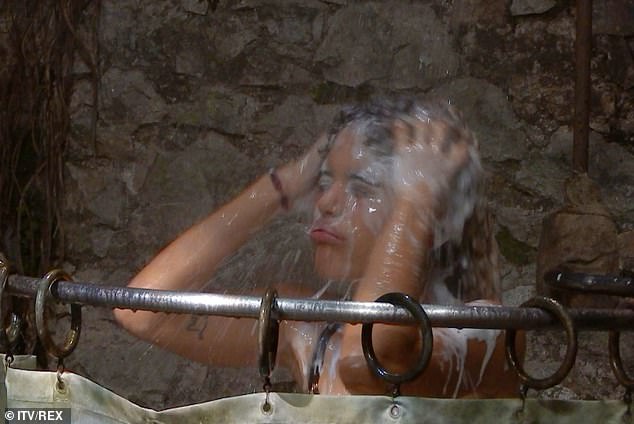 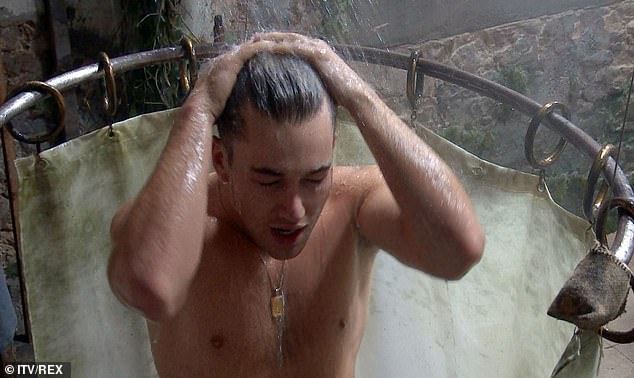 Change of scene: The shower is a far cry from the waterfall contestants were treated to in previous series in the Australian jungle

‘[Tess] didn’t know anything. I said I needed four dresses and I gave her a card and it said congratulations on your second wedding day and I said we’re going to renew our vows.

‘We went to reception and her Mum, my parents, the kids and my brother were waiting and she was like ‘oh my God! We had such a lovely day!’

This romantic story moved Jessica, who said afterwards in the Telegraph: ‘It’s incredible that Vernon arranged in secret the renewal of his vows. It’s like a fairy tale!’

I’m A Celebrity continues nights at 9pm on ITV. 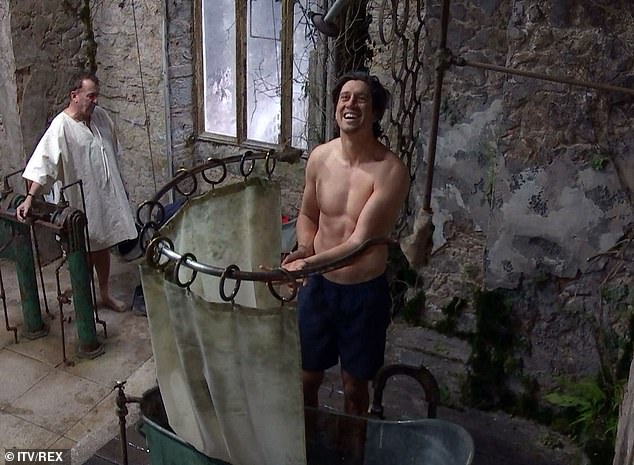 So sweet: Vernon Kay also revealed he secretly renewed his vows with wife Tess Daly during the recap show on Saturday