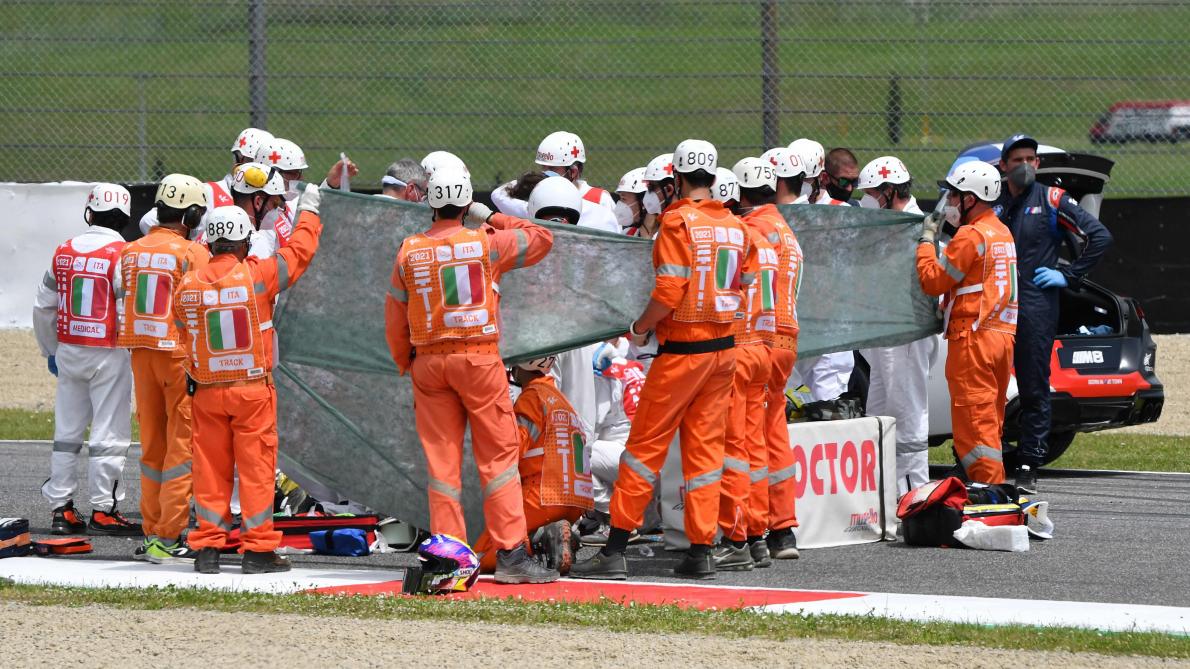 A very serious accident marked the end of qualifying for the Italian Motorcycling Grand Prix in the Moto3 category on Saturday at the Mugello circuit. After a fall, the Swiss Jason Dupasquier was hit by the motorcycle of the Japanese Ayumu Sasaki.

Lhe Swiss Jason Dupasquier is “in serious condition,” a medical source told AFP after his heavy fall during qualifying for the Italian Grand Prix in the Moto3 category on Saturday.

“The patient was transferred to the trauma center of the Careggi hospital, he is multiple trauma and in serious condition”, explained this source who has “no information” on a possible neurosurgical intervention which would be underway according to the press. Italian.

According to television images, Dupasquier fell at the very end of qualifying and appeared to be hit by a motorcycle, before slipping on the track.

After a long intervention by rescuers, the 19-year-old Swiss was transferred by medical helicopter to Carregi hospital in Florence.

The Japanese Ayumu Sasaki and the Spaniard Jeremy Alcoba, also involved in the accident, “are doing well”, the organizers quickly said.

Jason Dupasquier is the son of motocross and Supermoto rider Philippe Dupasquier. After starting in Supermoto, he focused on circuit speed, going through all levels, despite a big injury to the left femur which deprived him of the 2018 season.

Dupasquier made his debut in the Moto3 World Championship in 2020 under the colors of the German team PrüstelGP which races KTMs.

He didn’t score any points and placed 28th in his first season. In 2021, after five starts, he scored 27 points and is in 10th place in the drivers’ standings.