Orange is the new SEX HACK! Jonathan Ross, 60, admits his first sexual experiences were with a Hoover and a piece of fruit after getting tips from his mother’s mags

By Rebecca Davison for MailOnline

Jonathan Ross’ first sexual experiences were with an orange and a Hoover.

The presenter, 60, – who didn’t kiss a girl until he was 17 – tried to teach himself how to be intimate by using a piece of fruit and a vacuum cleaner after getting some tips from his mother’s women’s magazines.

But he admitted that but using the Hoover proved to be a ‘very uncomfortable experience’. 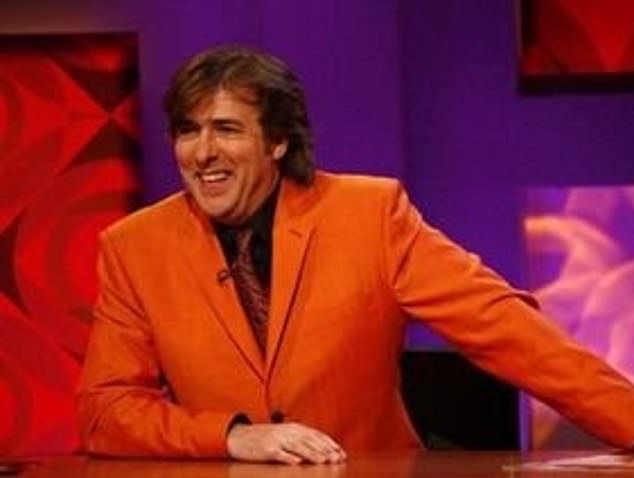 Big fan of orange? Jonathan Ross, 60, admitted his first sexual experiences were with a Hoover and a piece of fruit after getting tips from his mother’s magazines

Speaking on Rhod Gilbert’s Growing Pains show on Comedy Central, he said: ‘I didnt know anything about sex. I became very interested in womens magazines and would read my mums to try and pick out clues as to what women were.

‘One section said, “How to get your man better at oral sex”. It said, “Peel the orange and the hole in the middle, insert your tongue”, so I felt, “This is something I need to learn”

‘Id read that female-to-male oral sex could be replicated with a Hoover, which was a very uncomfortable experience and not pleasant for anyone.’

The Masked Singer judge – who has been married to screenwriter Jane Goldman since 1988 – has daughters Betty, 29, and Honey, 23, and son Harvey, 26, with his partner.

The chat show host previously revealed he now sees his children more than ever during the lockdown, despite them all living away from home.

He said: ‘I see them more than I need to, to be honest. I’m online all the time.

‘We’re probably, in a way, as a family, spending more time together than not actually being physically together than ever before.

‘I know my wife misses the physical contact – she really wants to hug them, she misses that side of it all, but I think overall we just count our blessings.