The adventure video game ‘Kirby and the Forgotten Land’, starring the character pink Kirby and with platforming mechanics, it will be released for the console Nintendo Switch as of March 25.

YOU CAN SEE: What are the most anticipated horror video games of 2022?

In ‘Kirby and the Forgotten Land’, the protagonist arrives in an unknown land and discovers that the Waddle Dees are being kidnapped by the pack. To rescue his friends, Kirby sets out on a journey with Elfilin, whom he meets in the new world.

In this adventure, players can travel through these 3D worlds, which include a series of challenging platforming areas to rescue as many of the Waddle Dees as possible along the way.

YOU CAN SEE: Sony to make more PS4 consoles amid lack of PS5 supplies, according to Bloomberg

Along with Kirby’s copy skills come new additions to his repertoire: the Drill and Scout copy skills. The Drill makes it possible for it to dig into the ground and attack enemies from below with a thump, while the Scout copy allows players to shoot a distant enemy.

Kirby and the Forgotten Land allows a second player to join the journey in the role of Waddle Dee handkerchief. Players can launch different attacks using their spear and can transition to two-player cooperative play on the same console by sharing a Joy-Con controller.

YOU CAN SEE: FIFA 22 suffers a campaign of attempted thefts of accounts to elite players

‘Kirby and the Forgotten Land’ It also introduces the City of the Waddle Dees, which is the center of adventure. The city will develop more and more depending on the number of Waddle Dees rescued.

These characters will open different stores and players will be able to enjoy some games of their citizens. Additionally, Kirby can help out in Waddle Dee’s cafeteria or get advice from Waddle Dee wise. 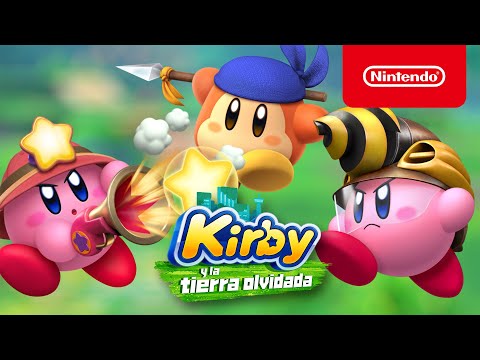