A woman who was killed by her violent ex-partner in a suspected murder-suicide had reportedly called police on a ‘daily’ basis in the build-up to her death.

Two bodies believed to be those of Doreen Langham, 49, and her ex-partner Gary Hely were found in a townhouse in Browns Plains in Brisbane’s south in the early hours of Monday morning.

Ms Langham had been granted a temporary protection order against Hely, also 49, on February 9 – two weeks before the deadly blaze.

Her neighbours though said she had contacted police ‘daily’ to report breaches of the order within that time, including twice in the hours before her death.

Queensland Police Deputy Commissioner Steve Gollschewski – who has called for a review into how police responded to her calls for help – said he did not know ‘what more Doreen could have done’. 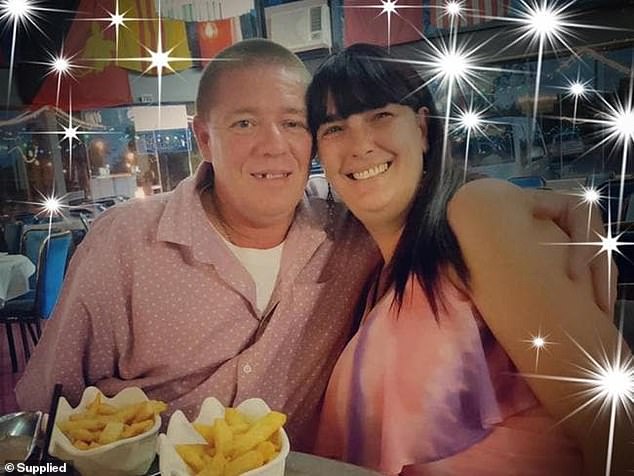 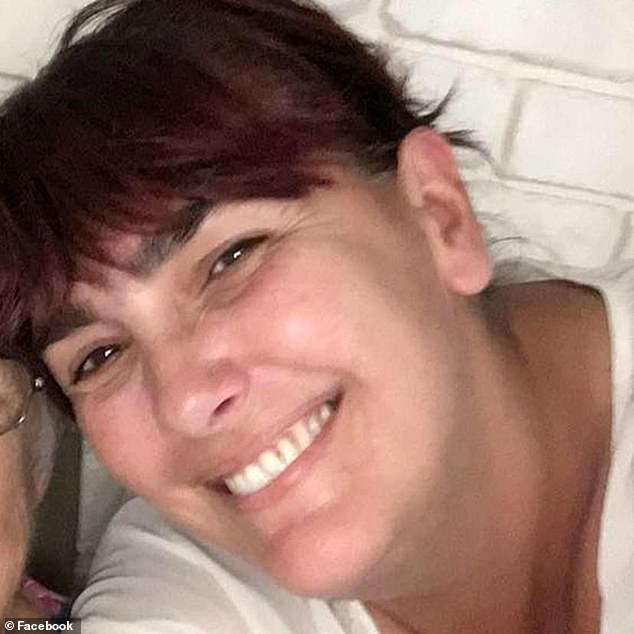 Pictured: Ms Langham. Her neighbours said she had contacted police six times – including twice in the hours before her death – to report breaches of a domestic violence order against Hely

Her triple-zero call on Sunday night had been classed as ‘non-urgent’ due to the high volume of call-outs police in the area were receiving that night, The Courier-Mail reported.

Mr Gollschewski said Logan likely had one of the highest rates of domestic violence-related incidents in the whole of Queensland.

Police have admitted they were called to her high-security gated complex about 9pm on Sunday evening but did not arrive at the address until after midnight.

She reportedly told officers Hely was outside of her home, whose car was later found a short distance away parked at a shopping precinct.

Officers though are believed to have found no sign of either of them and by the time they returned about 4am the house had been set on fire.

‘The coppers went around and knocked on the door, but when there was no answer they left.[Hely] came back and set fire to the unit three hours later,’ a source said. 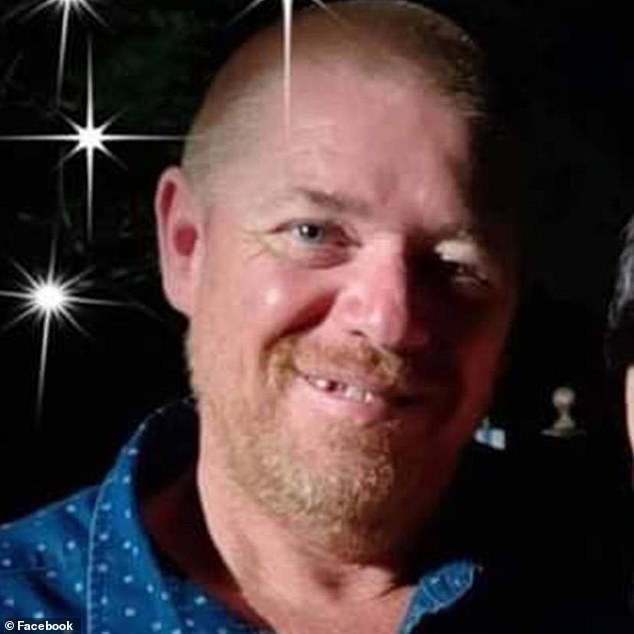 Her partner Gary Hely, 49, was also recovered from the blaze on Monday night. He is suspected of killing her in a murder-suicide 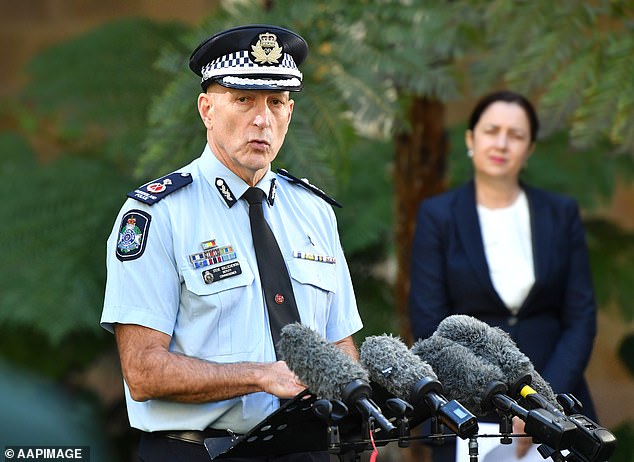 The source said Hely was wanted at the time for breaching a previous DVO Ms Langham had taken out against him and raised concern over why it had taken police so long to attend the premises.

‘I couldn’t imagine anything being more urgent than an aggrieved calling up that night saying (the man), who is a respondent, is outside my house.’

As investigators work to piece together their final moments, neighbours told Daily Mail Australia security is strict and visitors must be buzzed in via one of the two front gates leading into the community. 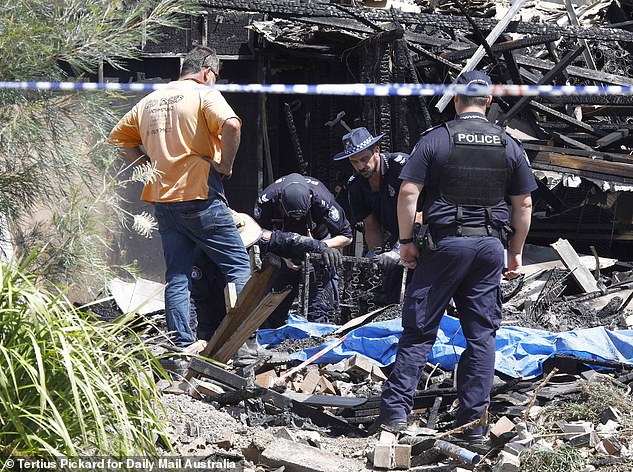 Investigations are underway to determine exactly how the 49-year-old man managed to get inside the estate, where two bodies were found in the rubble 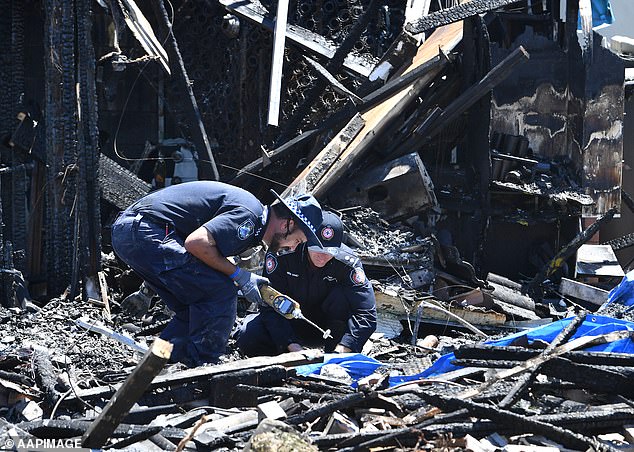 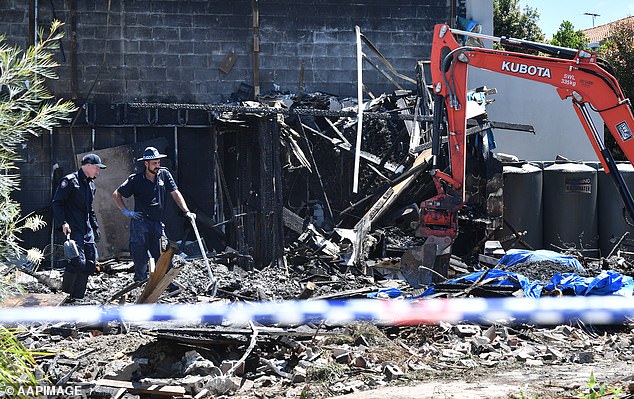 ‘There’s one way in, and one way out,’a female staff member said.

Investigatorscombed through dirt and rubble for any clues as to how the fire started – and paid close attention to a yellow canister with a flute sticking out of it that they found in the ground.

A young neighbour said she and her best friend were horrified to learn of their neighbour’s death. 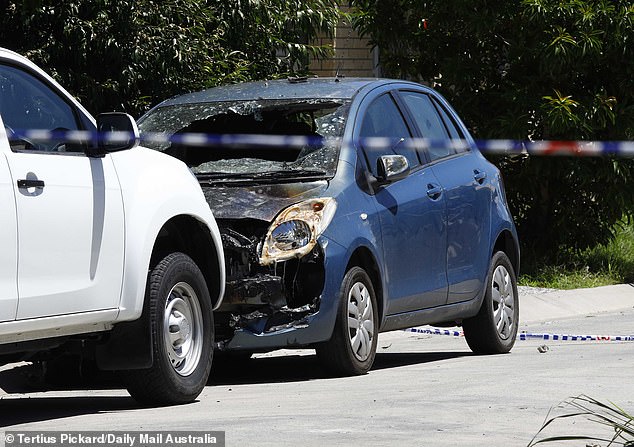 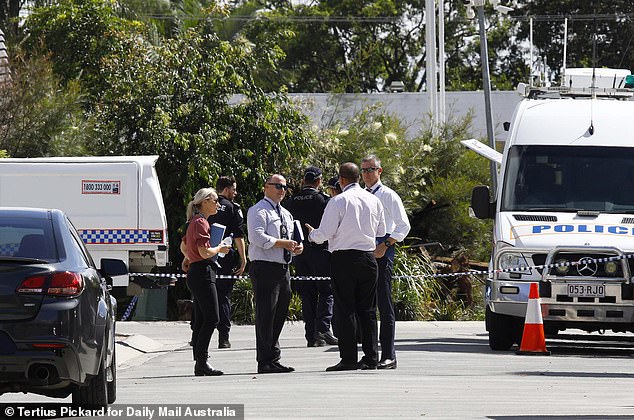 Detectives were joined by fire inspectors on Tuesday, who assessed the rubble 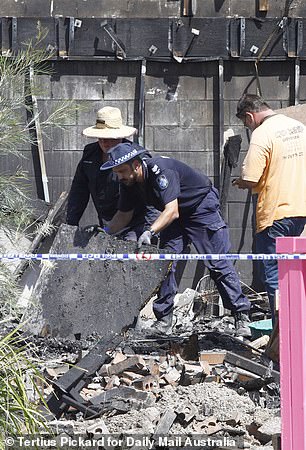 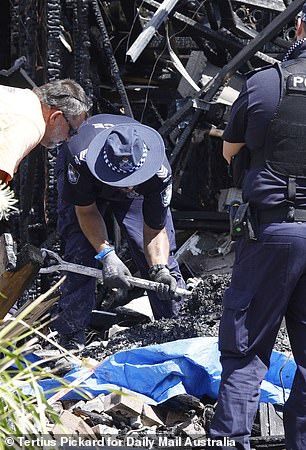 Detectives spent hours sifting through the rubble on Tuesday morning. The investigation is expected to take days 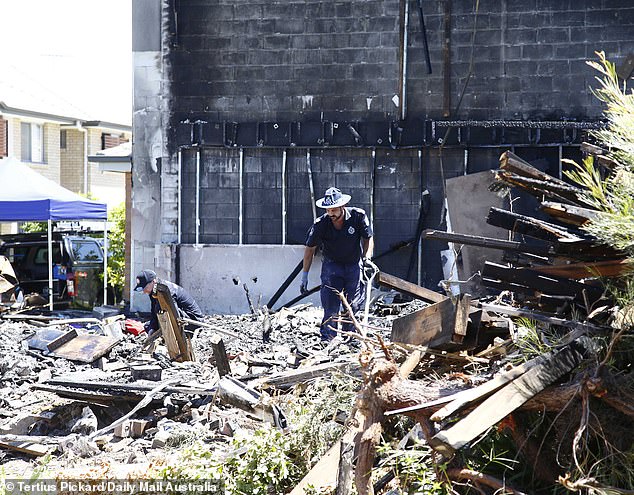 ‘I couldn’t even get my car out to get to work, I had to get a friend to pick me up and drop me home because there were so many cops and other cars blocking me in.’

A staff member in the complex agreed the community was ‘extremely secure’.

‘This is a super secure estate. One way in, and one way out,’ the woman, who did not want to be named, insisted.