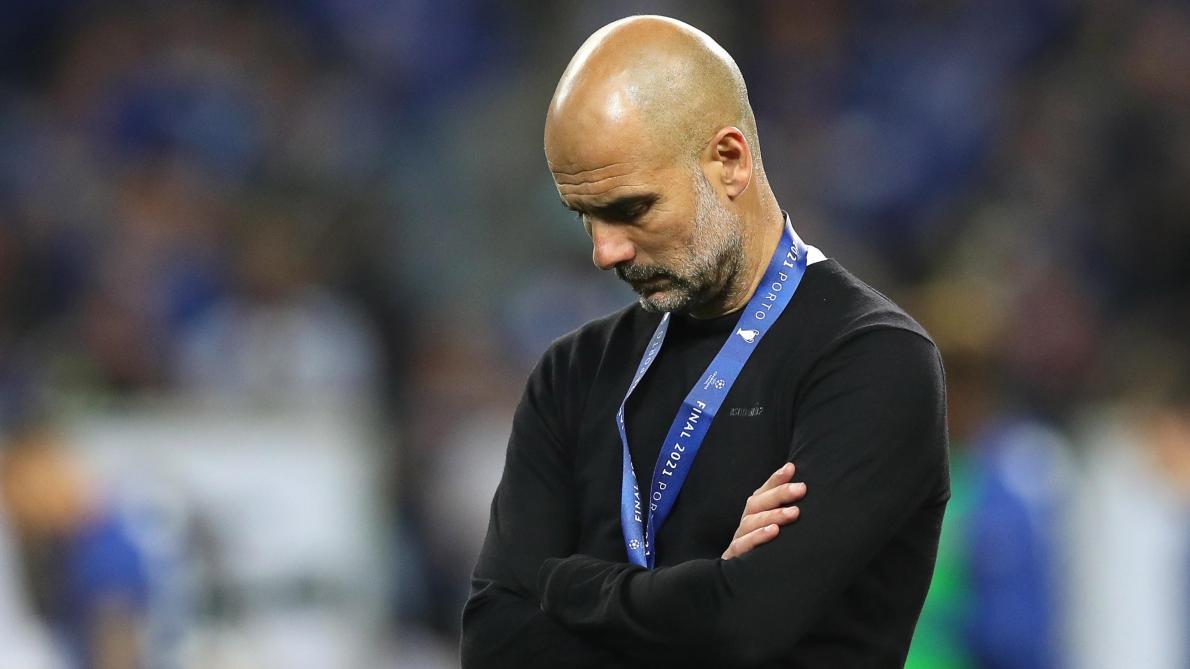 Aith a new hazardous tactical experiment in the final, Pep Guardiola again failed in his quest for the European Grail with Manchester City on Saturday against Chelsea (1-0). What to send back the Catalan coach to his image of brilliant technician but sometimes too cerebral.

Ten years after his last Champions League success with FC Barcelona in 2011, Guardiola surprised all observers on Saturday by aligning an eleven devoid of a defensive midfielder, modifying the tactical scheme that had made Paris SG suffer so much in the semi-finals ( 2-1, 2-0).

Result: his team, sometimes confused, was punished by Thomas Tuchel’s Chelsea who had renewed his usual team without last-minute innovation.

“Pep Guardiola crossed the narrow border between genius and madness, and decided that a Champions League final was the right moment to carry out one of his experiments as a mad professor,” pointed out the British tabloid The Sun on Sunday . “The great Manchester City alchemist ended up fomenting only a foul bomb, with a City without a defensive midfielder or a professional center forward that was completely overwhelmed. “

For The Guardian, Guardiola “invented a new way of losing to go and probe new depths of his frustration.”

“Guardiola cannot lessen his responsibility after drawing a tactic that has failed. Surprisingly, he decided not to use Rodri or Fernandinho as a defensive midfielder, leaving City with a muddled game plan, ”the BBC tackled.

If the British media are so harsh with Guardiola, it is because the disillusionment is equal to the incomprehension… and the expectations placed on him to raise the first C1 in the history of the club.

On the only goal of the game, the choices of Guardiola are in question: with this device, large gaps were opened in the axis, where Kai Havertz was perfectly served to open the scoring (42nd).

“We could have done better in the first half… But it’s Chelsea, it’s hard to create more chances. I am sad, but I have few complaints, ”assured Guardiola at the microphone of the Movistar channel.

Double winner of the C1 with Barça of Lionel Messi in 2009 and 2011, Guardiola has not managed to brandish the “Cup with big ears” for ten years: neither with Bayern Munich (2013-2016), nor with City ( since 2016), despite the enormous resources made available to it.

This inability to repeat the feat far from its Catalan lands, despite a very “Barça-compatible” environment with the presence of Txiki Begiristain and Ferran Soriano, respectively as director of football and president of the citizen club, caused a reaction in Spain. “She resists him!” “, Headlined Sunday on its front page the Catalan daily Sport.

Guardiola’s problem is that this tactical hesitation is nothing new.

In 2020, in the quarter-finals against Lyon, the Catalan had dared another experiment with a three-way defense that had never been broken in. The experience had come to an end since it was OL who won 3-1 during the “Final 8” of C1 in Lisbon, sending “Pep” back to his dear studies.

This fueled the technician’s doubts at the start of the season, before he found the formula on the way to go and win his third league trophy, as well as an English League Cup.

“The only difference (between the failed start of the season and the rest) is that we run less. We were running too much, ”he analyzed in January about this newfound stability.

So why did you change everything on Saturday in the most crucial game of the season? Guardiola alone knows.

True to himself, a little more zen since his arrival in England, the Catalan will still have at least two chances to get this Champions League that he lacks so much before 2023, the end date of his contract with City. Time to learn from this failure, and to experiment again.

At the start of the campaign, Alberto Fernández aimed hard against macrismo because of the debt

Alfa blames alleged artistic promoter for the fire of his Bugatti