After the final putt at the historic 85th Masters was holed and the television cameras followed tearful winner Hideki Matsuyama to the recorders area, his caddie Shota Hayafuji stayed on the 18th green.

He took the flag as his memento, removed his cap and then, facing the wondrous acres tumbling towards Amen Corner, bowed as a mark of respect to Augusta National. Lee Westwood called it the most respectful sporting gesture he could recall. It was certainly a powerful antidote at a time when Asian Americans have been the target of hate crimes.

In the aftermath of Matsuyama becoming the first Asian to win the green jacket, and the first male golfer from Japan to win any major, it was only natural to wonder about the impact it would have in perhaps the most golf-obsessed nation of all. But the hope is there that this victory for grace and humility will resound not just in Japan but worldwide. 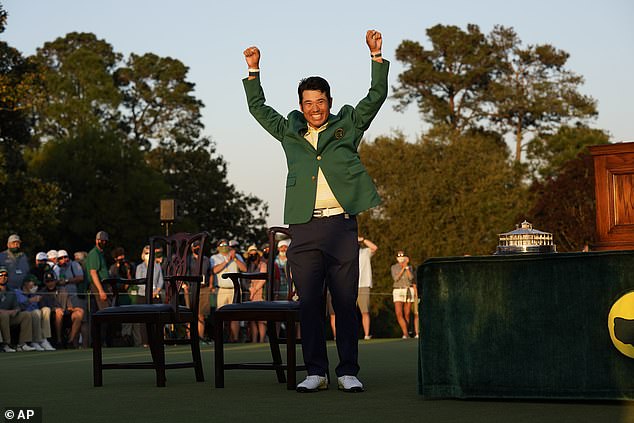 Matsuyama’s victory at Augusta was a triumph of class, humility and grace

Sixty years after Gary Player set the Masters on its global journey with the first international victory, every continent has now enjoyed its moment of triumph at the Southern citadel.

For the first time, the winners speech was not conducted in English, but the joke among the Asian media is that Matsuyama doesnt like to speak much Japanese either. As the title of the Bashful Prince has been bestowed already on Ryo Ishikawa, perhaps he will now become known as the Modest Master.

Right at the death, his golf certainly gave him plenty to be modest about. When was the last time the winner of the Masters had three bogeys in his last four holes? It all just emphasised the huge burden he had been carrying. As the dry-witted American Max Homa put it: I get nervous just playing for my family. Imagine when its your country, your continent?

It probably helped that, in the age of the pandemic, there were not hordes of Japanese media waiting after every round to speak to Matsuyama. It really is quite a scene. I remember once going to the WGC Match Play and seeing about 80 press members hanging on Ishikawas every word. At the time, he was the first reserve. 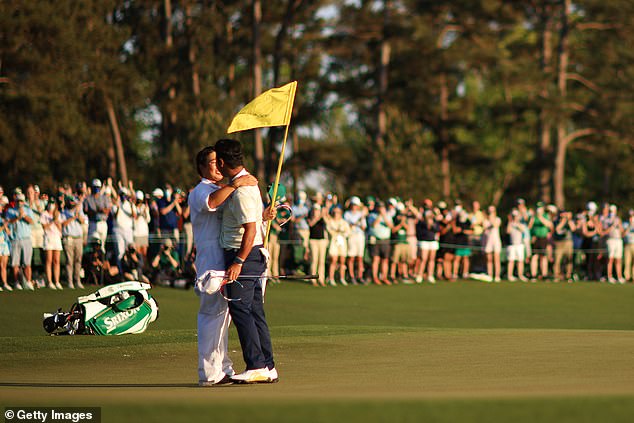 On Sunday night, after his lone interview in his native tongue for Japanese TV, Matsuyama blew out his cheeks in relief. From what little we know about him, its clear that he considers talking about himself to be the worst part of the job.

As he put on the jacket, the number of international players who were willing to speak on his behalf told of the esteem in which he is held by his peers. Bryson DeChambeau might be the last to leave the practice ground most evenings, but Matsuyama is usually right there alongside him.

At a time when there is much debate about the distance the golf ball travels, its worth noting that Matsuyama won the Masters the way Seve used to win it. And Olazabal and Langer.

Its always been known as a second-shot course and Matsuyama has compiled stats in recent years in the approach-to-the-green category that are better than anyone elses. You have to have a magicians feel around the greens and the 29-year-olds scrambling feats last week were off the charts. 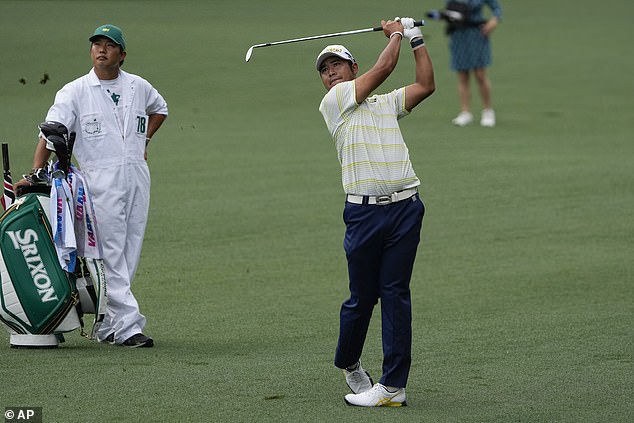 He might have struggled when the finishing stretch came into view and the enormity of what he was about to achieve welled up inside. But there were stretches before where the quality of his iron play, his touch and his daring makes him a worthy member of what Player likes to call the international Masters brotherhood.

As for his fellow Japanese, the grand patriarch Tommy Nakajima summed up a nations pride. In 1978, he learned all about Augustas cruel beauty when he ran up a 13 on the par-five 13th that remains the worst score on that hole in Masters history. Now a golf analyst, he burst into tears when Matsuyama holed the shortest of winning putts and, for a few minutes, couldnt speak.

One way or another, this proved a Masters of few words from the winners camp but it was none the worse for that. Theres nothing to complain about when the abiding image of the week proves to be a man removing his cap and bowing as a mark of respect.

EUROPEAN WIN IN THE US IS STILL SO FAR AWAY

The best run in American majors for the host nation for over 40 years might have come to an end at 11 straight victories, but there was still plenty for them to cheer from Augusta.

Runner-up Will Zalatoris, who showed great ball-striking on his Masters debut, hasnt got full rights yet to compete on the PGA Tour but what price on him making Americas Ryder Cup team?

Jordan Spieth finished third despite having a rare off-week at the part of the game at which he normally excels putting. Spieth will be fancied to complete the rare feat of a career Grand Slam at the PGA Championship next month.

As for the Europeans, there were a few crumbs. Justin Rose, Jon Rahm and Bob MacIntyre showed glimpses of class. But still, the nagging thought remains: where is the next major victory on American soil coming from? 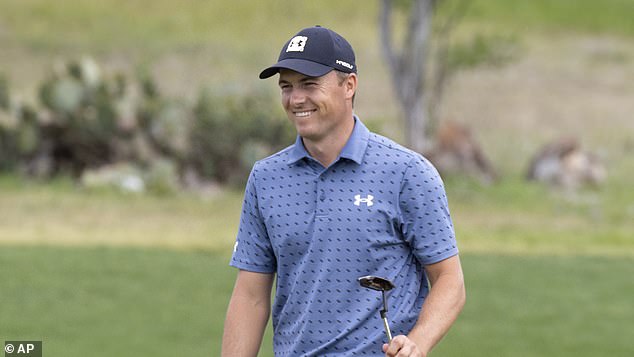 Olympics 2020: a fencer proposed in marriage by her coach in the middle of an interview (VIDEO)

Sergio Ramos will not play against Sevilla either

Sporting Cristal vs. Mannucci face the final of the 2021 Bicentennial Cup

Karol Lucero launches reflection after the death of El Gitano: "You never know when the last moment will be …"