Ole Gunnar Solskjaer played down talk of a bust up between Fred and Harry Maguire after the Manchester United captain was heard calling his team-mate a ‘f***ing idiot’ in their 0-0 draw against Leeds.

In a game starved of major action, one of the key talking points came from a heated exchange between the pair in the second half over each other’s positioning.

But the United boss was keen to cool talks of a falling out between the pair, insisting it is down to his players demanding the best from each other. 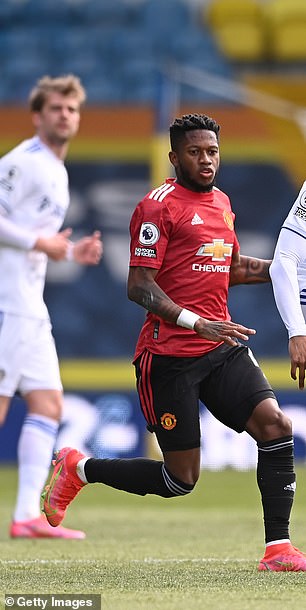 After the match, Solkskjaer said: ‘We have got a group that demands a lot of each other. The standard is high, both on training and in a game, it is not just about being a nice guy.

‘We demand maximum effort. I was really proud of how strong we looked. I never thought they threatened our goal in the second half but we missed a little bit of spark to win the game.’

Following the draw at Leeds, United will turn their attention to an important week in their season, with a Europa League semi-final on Thursday before they host Liverpool on Sunday.

Maguire spoke to the media after the game but, while he didn’t speak about his argument, stressed the importance of improving on Sunday’s performance in the next two games. 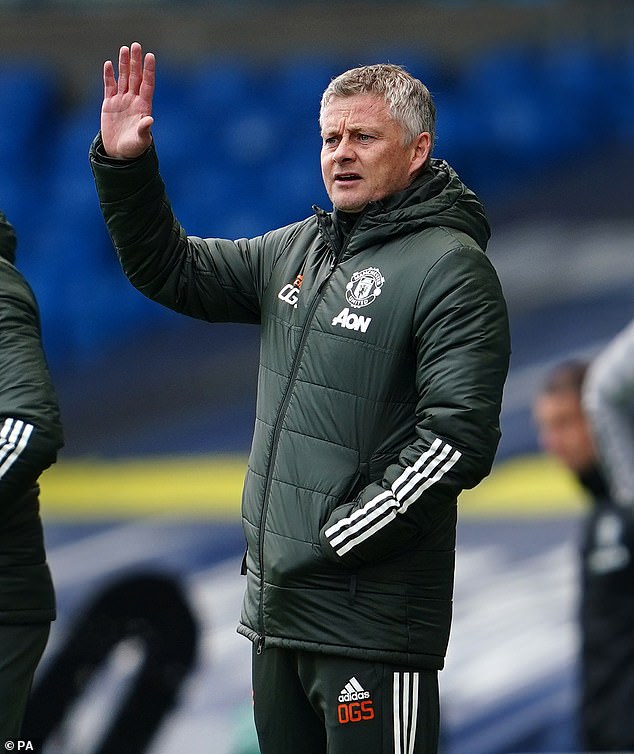 ‘It was tight. We had control of the game without punishing them. We knew how they would play, our attacking players love a one v one but today it wasn’t to be’, Maguire told Sky Sports.

‘We kept them to a minimum, we were solid. We just couldn’t find that edge. The intensity was there, both teams were trying to play the right way.

‘Bruno Fernandes had the best chance of the game and on another day he puts it in the back of the net and we take the points.

Olympics 2020: a fencer proposed in marriage by her coach in the middle of an interview (VIDEO)

Sergio Ramos will not play against Sevilla either

Sporting Cristal vs. Mannucci face the final of the 2021 Bicentennial Cup

Karol Lucero launches reflection after the death of El Gitano: "You never know when the last moment will be …"