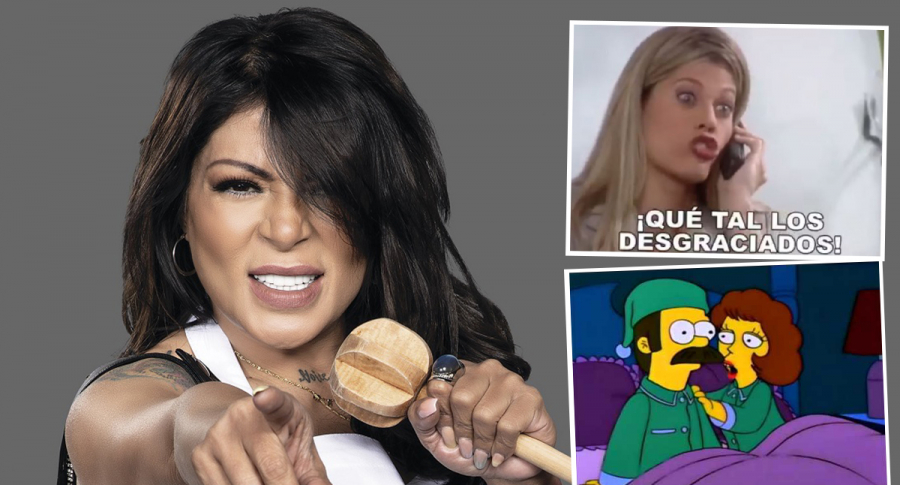 The program that brings celebrities together in the kitchen (see here the photos of celebrities who participate this year) returned to Colombian screens on June 5 with a first couples ‘mystery box’ challenge and one group competition.

(See also: “No one can find out that I won”: Marbelle plays with ‘Masterchef’ spoiler).

But beyond who were the winners of each test, Internet users did not miss the opportunity to make fun of some situations that were experienced in the first chapter of this new season and to leave their opinions on the participants, among which stand out ‘the 4 babys’ that spice up the ‘reality’ of the RCN Channel.

One of them, the most commented on on social networks on Saturday night, is the singer, presenter and actress Marbelle, who has been very active in recent days with her comments and positions regarding the national strike (such as the surprise serenade that gave a group of policemen), making harsh comments against Gustavo Petro and criticizing the cartoonist ‘Matador’.

The most popular memes on Twitter during the broadcast of the premiere chapter of ‘Masterchef Celebrity’ 2021 focused precisely on the feelings and opinions that the ‘Queen of techno-rail’ awakens in several Internet users beyond their culinary skills, as evidence in the following images:

That Marbelle is participating in #MasterChefCelebrity it is my greatest motivation to change the channel pic.twitter.com/UCrhhrYhWd

Marbelle saying at the beginning that her star dish was beans #MasterChefCelebrity pic.twitter.com/sMqM8HL7Zr

I think I hate Marbelle. pic.twitter.com/csqfKJDNbT

Another of the stars of the night was Lorna Cepeda (whose daughter stands out for her beauty), not only for becoming the winner – along with actor Gregorio Pernía – of the first challenge, but because many remembered his famous character from ‘Patricia Fernández’, the unforgettable ‘peliteñida’ from the soap opera ‘Yo soy Betty, la fea’.

Lorna arriving and seeing who the diners were #MasterChefCelebrity pic.twitter.com/11lKgAl0Yh

#masterchefcelebrity the patty when it goes wrong with a plate pic.twitter.com/hTmEvRVysV

Lorna seeing how she fucked her hand practicing coconut rice at home so they don’t have to do that in competition#MasterChefCelebrity pic.twitter.com/3yOkMcI87v

The actresses Carla giraldo Y Endry Cardeño (the remembered ‘Aunt Laisa’), as well as the former Miss Universe Alicia machado, also aroused the creativity of tweeters, showing that, at least In social networks, this year those who rule in the kitchen are women.

I criticizing those of #MasterChefCelebrity knowing that I don’t even know how to boil water pic.twitter.com/caGPAyu1nC

Those from Medellín seeing some of the paisa trays they made: #MasterChefCelebrity pic.twitter.com/faGraGVKhC