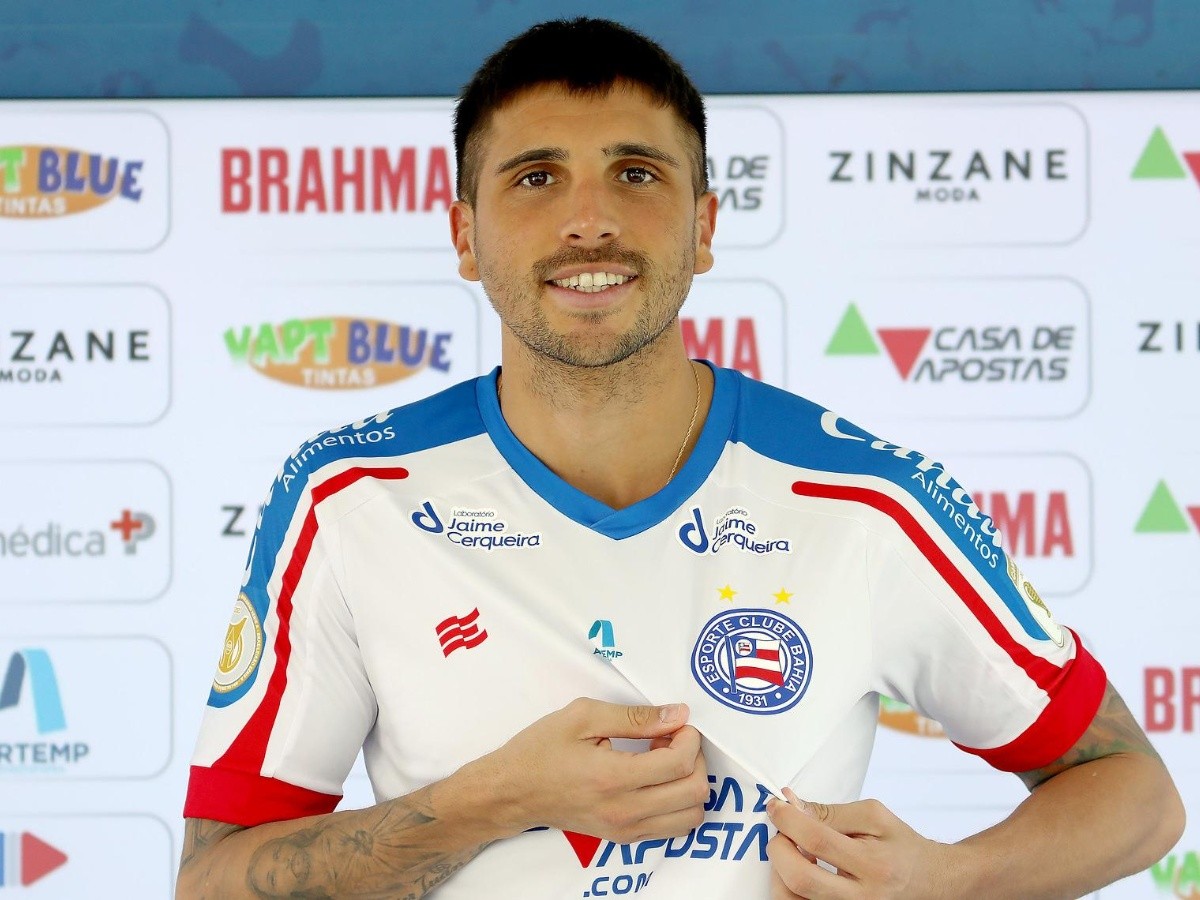 Thursday (22), was a day of good news for the Squadron, as midfielder Lucas Mugni was officially introduced, an expected reinforcement at Bahia, who arrives after Tricolor won a dispute with Chapecoense for his hiring. The 29-year-old played in the Brasileirão 2020 for Sport and then moved to Gençlerbirligi, from Turkey, for a brief spell. In his presentation, Mugni made a point of emphasizing how the Boa Terra Tricolor seduced him:

“The truth is that it was well underway (the deal with Chapecoense). My family and I wanted to return to Brazil, which is a country we like. There was the problem of the closed border, there was no flight. I tried to enter Brazil by car, I couldn’t. Had a lot of problems. Lucas (Drubscky) called me, I quickly decided I would come here. With great respect, I called Chapecoense’s coach, Jair (Ventura), with whom I worked, and told him the truth. It was a very good opportunity, I am very happy to be here. It’s a challenge. I will show my style on the field, but I know how to see what the team needs, how I can help. It will be a challenge and I’m ready”, declared the Argentine player.

Mugni has a different style from Thaciano, however, his hiring was somehow a way to fill the gap left by the player who has just transferred to Turkish football and had been playing a key role in the squad’s scheme on the field. The Argentine doesn’t have the offensive characteristics, like Thaciano, but he arrives with impetus and baggage to support the team with a mix of attributes.

When he was still starting his career as a professional, he played guard functions, however, he developed the characteristics of a player who plays more backward, with a mission to assist in marking, as well as support in the exit of the ball. The midfielder comments on how he can perform in the squad: “I like being the third defensive midfielder. Even with two, being the second wheel. I like this position. I play on the outside, but I like to go back to marking, being a passing option and arriving with space in front. I turned this player over. I know I can help the team”, concluded Mugni.

“What If …?” is it canonical? Marvel writer solves the mystery

Jupiler Pro League – The summer transfer window will be longer from 2022: "More time for good deals"

Brazilian delegation of rhythmic gymnastics debuts this week at the Olympics