Nicky Whelan goes braless underneath a $1,800 silk suit during a racy photo shoot in Los Angeles

Nicky Whelan is often dressed to impress on the red carpet.

And the former Neighbours star,39, oozed sex appeal onWednesday as she posed up a storm during a photo shoot inLos Angeles.

The actress went braless under a$1,800 silk suit, flashing a hint of her cleavage and toned stomach. 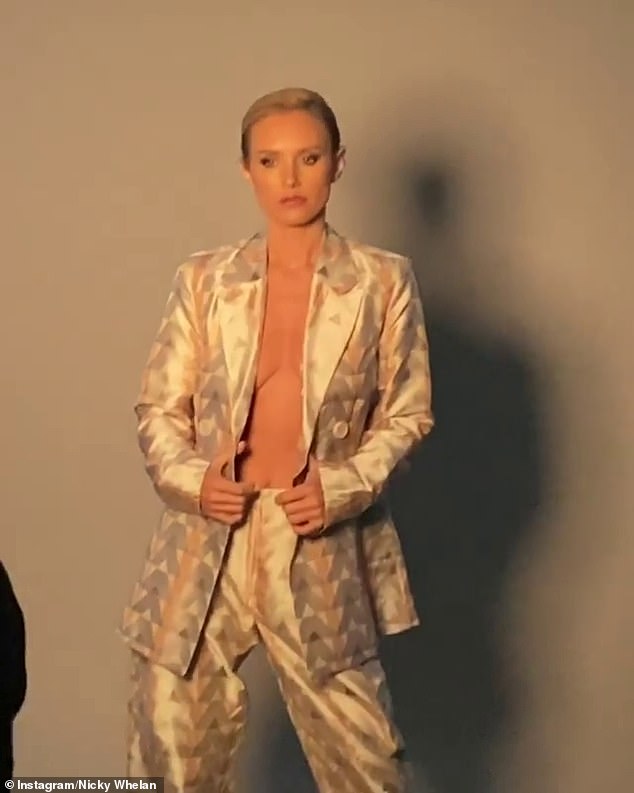 She means business: Former Neighbours star Nicky Whelan, 39, oozed sex appeal as she posed up a storm during a photo shoot in Los Angeleson Wednesday

Nicky gave her best angles to the fashion photographerin a behind-the-scenes video she posted on Instagram.

She carefully moved the suit jacket around for different poses, making sure she didn’t reveal too much.

‘I love @mastani.label all sustainable and made in my hometown Melbourne. Check them out! P.S. I got to keep this suit,’ she captioned the clip. 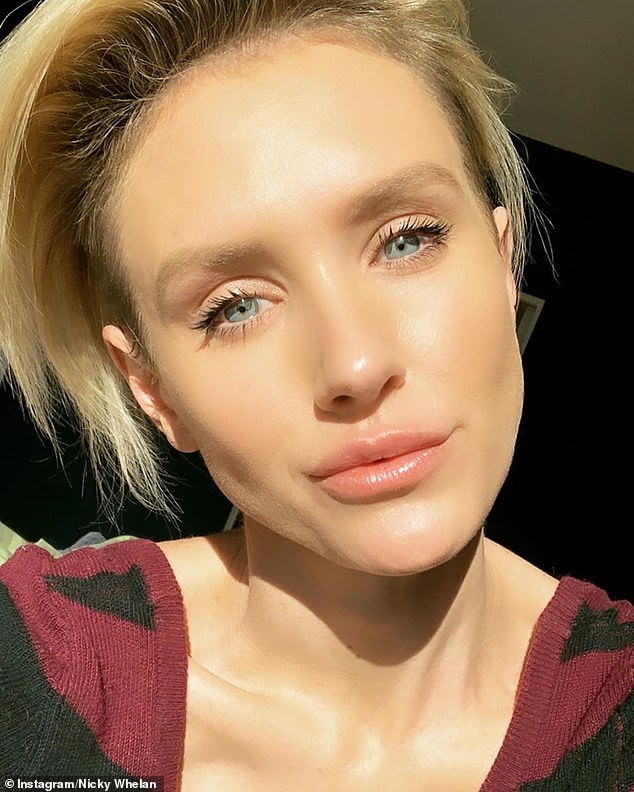 Blonde bombshell:Nicky slicked back her short blonde hair for the photo shoot and opted for a glamorous makeup palette comprising blush, dark eyeliner and pink lipstick

She slicked back her short blonde hair for the shoot and opted for a glamorous makeup palette comprising blush, dark eyeliner and pink lipstick.

Nicky, who is based in the U.S.,certainly isn’t shy about showing off her physique.

She regularly takes to Instagram to flaunt her frame in bikinis or activewear, and posts intense workout videos with her abs on display. 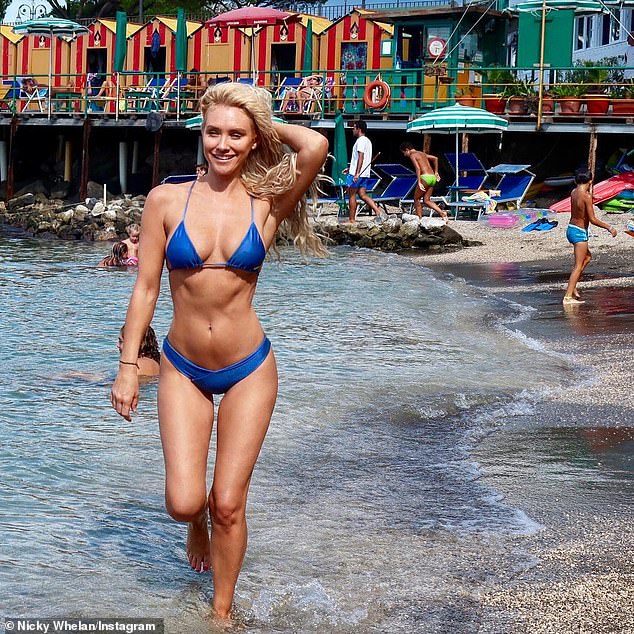 Sizzling star: Nicky regularly takes to Instagram to flaunt her frame in bikinis or activewear

The actress was previouslymarried to ex-NFL star Kerry Rhodes.

In October 2017, they announced their separation just six months after saying ‘I do’.

Nicky rose to fame on Australian soap Neighbours, before appearing in Hollywood films such as Hall Pass and the comedy series Scrubs. 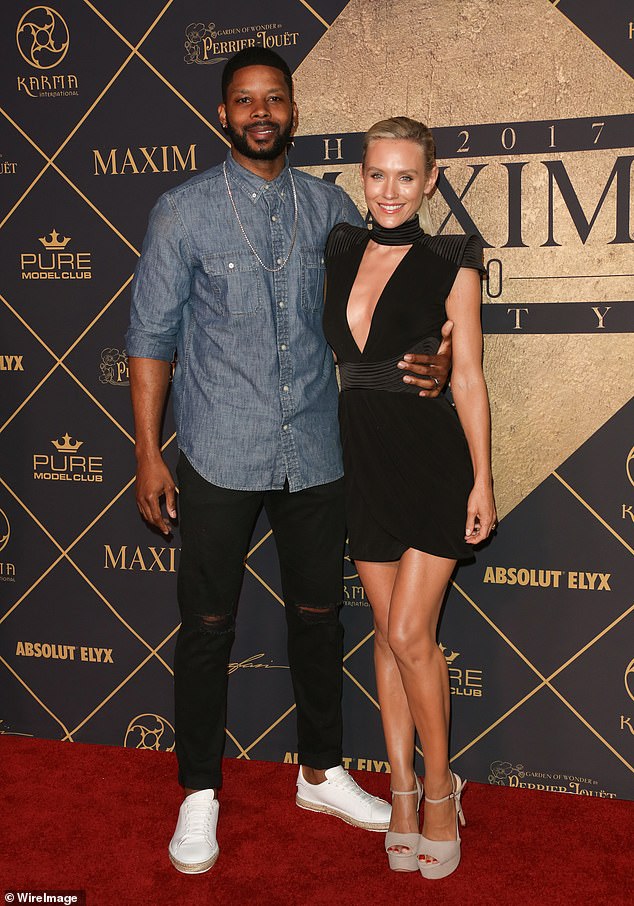