Is everything okay? Patrick Dwyer looks tense during a heated phone call before meeting up with his wife Belinda Vickers’ best friend Jo Todd

Married At First Sight couple Patrick Dwyer and Belinda Vickers have been going from strength to strength since they first met at the altar.

But it appears there could be trouble in paradise after the 28-year-old fitness trainer was spotted looking tense during what appeared to be a heated phone call.

Daily Mail Australia has obtained photos of the usually upbeat groom looking downcast on February 9, just one day before filming the MAFS reunion.

Trouble in paradise? Patrick Dwyer, 28, [R] was spotted meeting up with his wife Belinda Vickers’ best friend Jo Todd, 39, [L] following a heated phone call one day before the reunion

According to an eyewitness, Patrick was seen pacing up and down Coogee Beach while taking a lengthy phone call.

He was later joined by his TV wife’s best friend and former co-star Joanne Todd.

The pair were seen engaging in a serious conversation, before Patrick walked off looking much more relaxed. 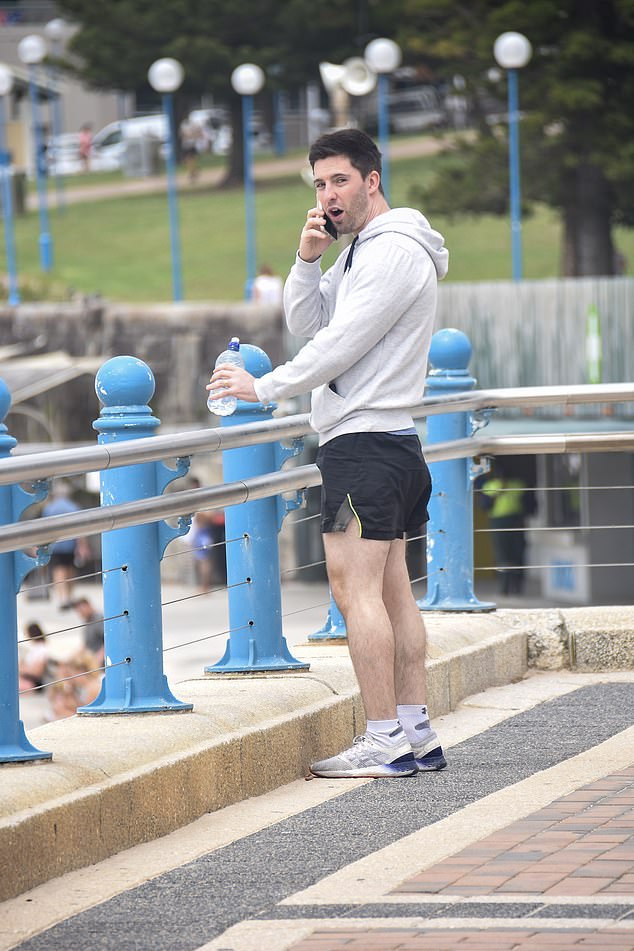 Is everything okay? The 29-year-old fitness trainer was spotted looking tense during what appeared to be a heated phone call at Sydney’s Coogee beach on February 9 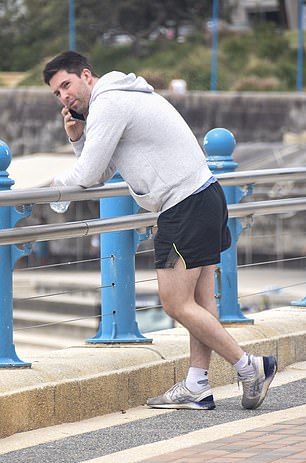 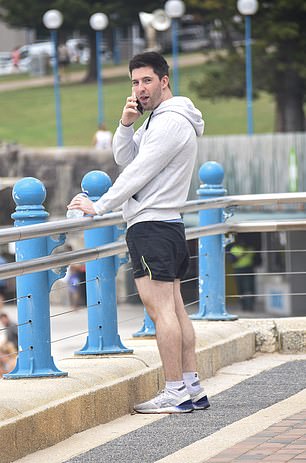 Where’s Belinda? According to an eye witness, Patrick was seen pacing up and down at Coogee Beach while he took a lengthy call 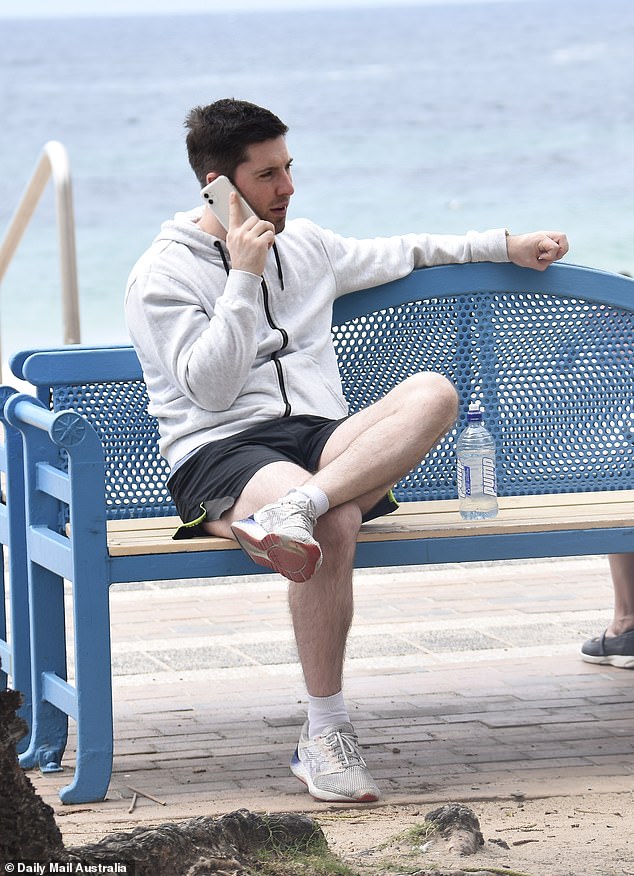 Spotted: Patrick was later seen on another phone call while sitting on a beach

Patrick cut a casual figure in a grey hoodie, which he paired with black shorts and white sneakers.

The mother of three wore her blonde hair in a high ponytail and completed her look with reflective sunglasses. 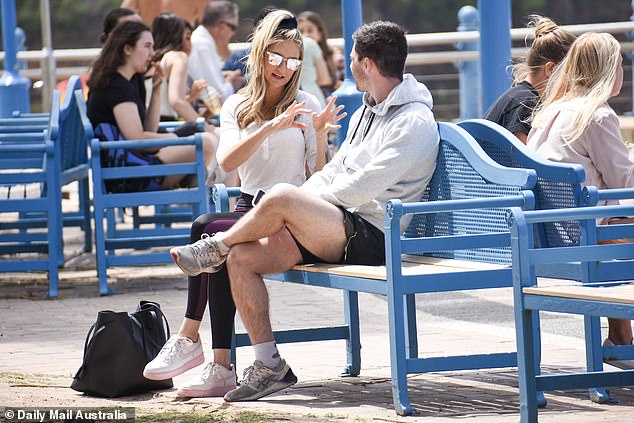 Company:  He then was joined by his TV wife’s best friend and former co-star Joanne Todd 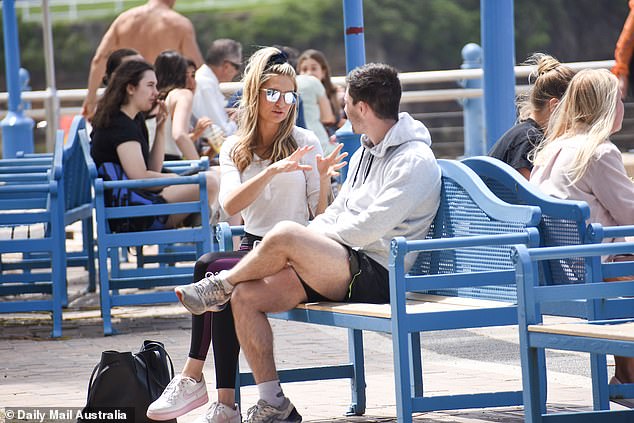 Saving the day? The pair were seen engaging in a deep conversation 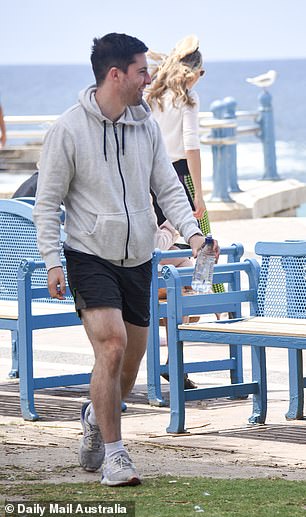 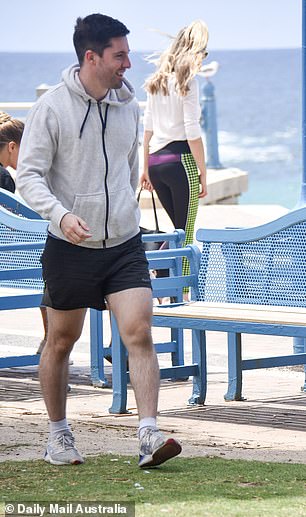 Belinda and Patrick got their happy ending on Tuesday’s episode of Married At First Sight as the pair professed their love for each other at their final vows.

An emotional Belinda, 29, praised her TV husband for being patient with her, and said she was ‘so grateful’ he’d come into her life.

‘I will always adore you. I want to work through whatever life throws at us. Like you said on our final date, you are the best teammate ever, and I wouldn’t want anyone else by my side,’ she told him. 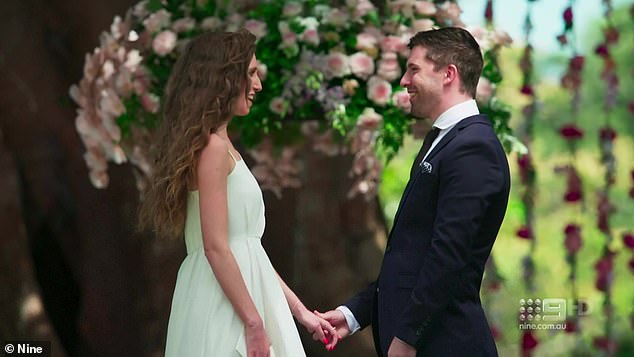 True love: Patrick Dwyer and Belinda Vickers got their happily ever after on Tuesday’s episode of Married At First Sight