Paul Pogba joins Lionel Messi, Jadon Sancho and Shanice van de Sanden to star in Pepsi’s brand new ‘Fizz to Life’ Champions League advert (but fans ask why Manchester United star is front and centre when his side didn’t even qualify for the competition!)

By Tom Farmery and Matt Porter For Mailonline

Paul Pogba has joined Lionel Messi and Jadon Sancho in fronting Pepsi’s new Champions League advert despite the Frenchman and Manchester United not reaching the knockout stages of this season’s competition.

Pepsi’s new advert, which also features Wolfsburg striker Shanice van de Sanden, is meant to be a ‘celebration’ of the brand’s partnership with UEFA’s most prestigious club competition.

But those eagle-eyed on Twitter were quick to pose the question as to why Pogba was featuring in the advert given his and United’s lack of involvement in the last-16. 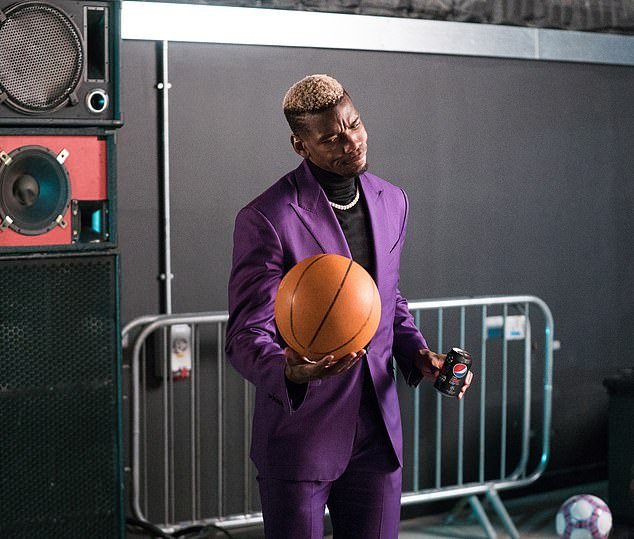 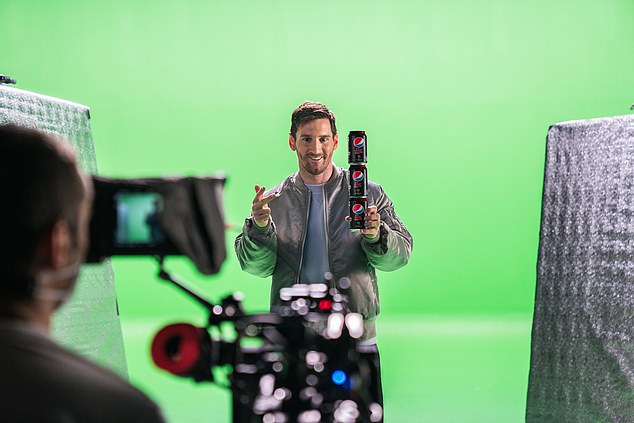 Lionel Messi is back, and will be showing off his skills in a brand new Pepsi commercial

United had to settle for a place in the knockout stages of the Europa League after they failed to qualify from Group H.

Reacting on social media, one user wrote: ‘What is Pogba doing in a UCL ad?’

‘What is Pogba looking for in Champions League?’ added another. 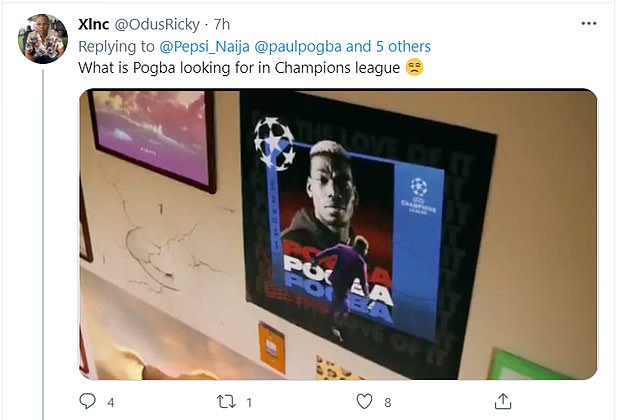 Manchester United are already out of this year’s Champions League, and Pogba’s co-star Messi may not have much time left either.

Barcelona are 4-1 down after their first leg against PSG, and have it all to do when they travel to Paris on March 10.

Meanwhile, Sancho’s Borussia Dortmund are 3-2 up against Sevilla after their first leg.

Van de Sanden is arguably having the best run of form of any the players involved, with Wolfsburg second in the Women’s Bundesliga, having won their last five games. 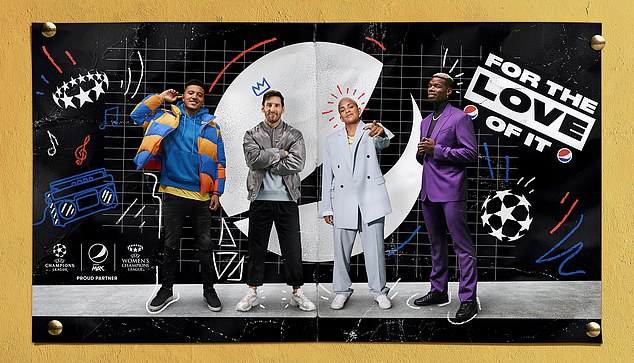 As well as footballers, the advert also features the sounds and lyrics of Becky G and Burna Boy, collaborating for the first time on a track called ‘Rotate.’

As usual for Pepsi adverts, the pros will be showing off their ball skills to the beat, and they will be leaping in and out of posters and magazines in a student’s room.

There will also be added campaigns across social media and the real world, including a football challenge with TikTok Duet, and an augmented reality experience using a QR code on the limited edition packaging. 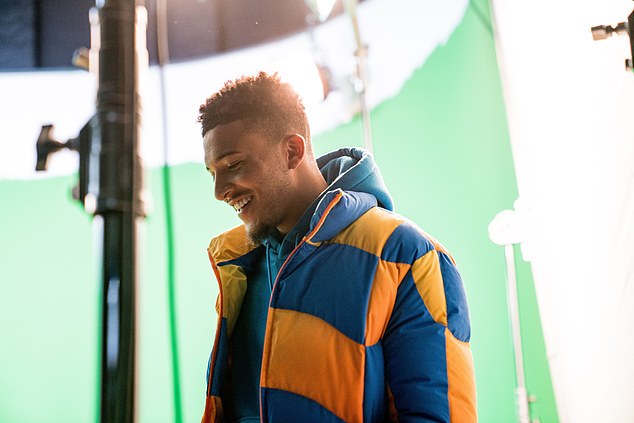 Sancho said: ‘I’ve loved filming with the Pepsi MAX squad this year! I can’t wait for you guys to see what happens when you combine football skills with some crazy new beats. It definitely won’t disappoint.’

Pepsi has been running football-themed adverts for many years, with some memorable ads including the likes of David Beckham, Roberto Carlos, and Francesco Totti.

In last year’s video, Messi and Pogba were joined by Mohamed Salah and Raheem Sterling as the players enjoyed themselves in clubs and barber shops.