‘God, it’s good to be back under the knife’: Piers Morgan finally treats himself to a £125 designer haircut as lockdown restrictions ease

By Nicole Conner For Mailonline

Piers Morgan rejoiced as he was finally able to go to a salon for a £125 designer haircut as lockdown restrictions begin to ease.

The presenter, 56, took to Instagram on Monday to share high delight with his 1.6million followers as he beamed in a mirror snap.

He appeared in great spirits as he put a thumb up and donned a protective face covering to keep himself safe.

Happy: Piers Morgan rejoiced as he was finally able to go to a salon for a £125 haircut as he took to Instagram on Monday as lockdown restrictions begin to ease

Piers posed for his expensive grooming session at the Daniel Galvin salon in Kensington, London, with two female hairdressers.

Salons opened their doors again to customers after being shut in the third national lockdown in the UK amid the coronavirus pandemic.

He penned: ‘Hair we go! God it’s good to be back under the knife… thanks @cherylmunozhair @hairbyracheldg’. 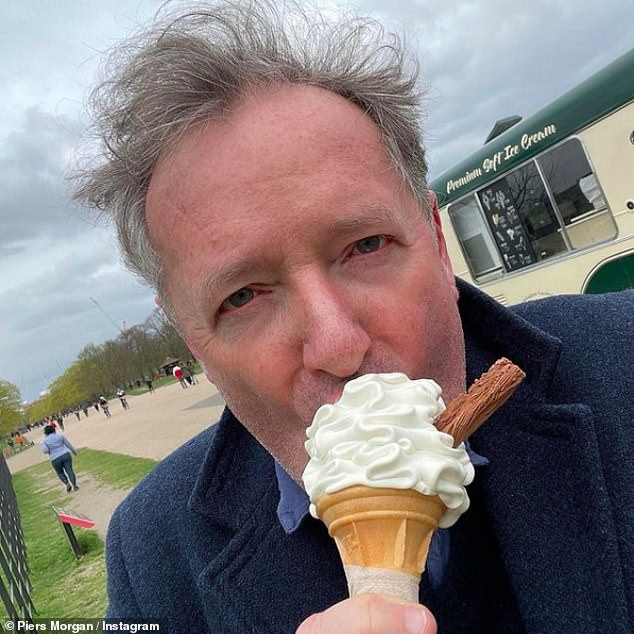 Lockdown hair: He appeared in great spirits as he was finally able to get to the salon for some grooming after letting his locks grow during the pandemic

Piers has been very much a regular at Daniel Galvin and even went there the week of the Royal wedding for his hair cut ahead of his Good Morning Britain coverage on the event.

At the time, he wrote: ‘My royal wedding week glamour squad’, according to The Mirror.

Last month, Piers announced he had quit GMB after co-star Alex Beresford challenged his comments about Meghan and her interview with Oprah.

The outspoken GMB host left the daytime series after he insisted he ‘didn’t believe a word’ of Meghan’s account of experiencing racism at the hands of the royal family.

Piers then walked off set after a fierce debate with Alex, in which the weather presenter accused Piers of unfairly ‘trashing’ Meghan, and branded him ‘diabolical’.

When Piers walked off screen, Alex continued: ‘I’m sorry but Piers just spouts off on a regular basis and we have to sit there and listen.’

Piers, who refused to apologise, later announced his resignation and tweeted his thanks to the GMB team, praising them for their ‘hard work and dedication’ that led to them beating their main breakfast TV rival. 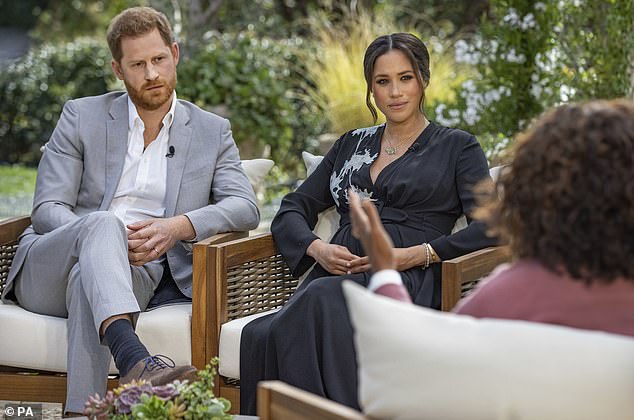 Backlash: Piers dismissed Meghan’s (pictured) account of experiencing racism at the hands of the Royal Family as he insisted he ‘didn’t believe a word’