Power prices could increase by $400 a year under the New South Wales government’s energy roadmap, Mark Latham has warned.

The NSW One Nation leader slammed the plan to encourage $32billion of private investment in renewable energy projects by 2030 as a ‘stitch up’.

The state government wants wind, pumped hydro and solar projects to replace four coal-fired power stations which are due to shut over the next 15 years.

Energy Minister Matt Kean says then plan – which will create Renewable Energy Zones in Dubbo and the south west – will cut household bills by $130 and small business bills by $430 a year between 2023 and 2040. 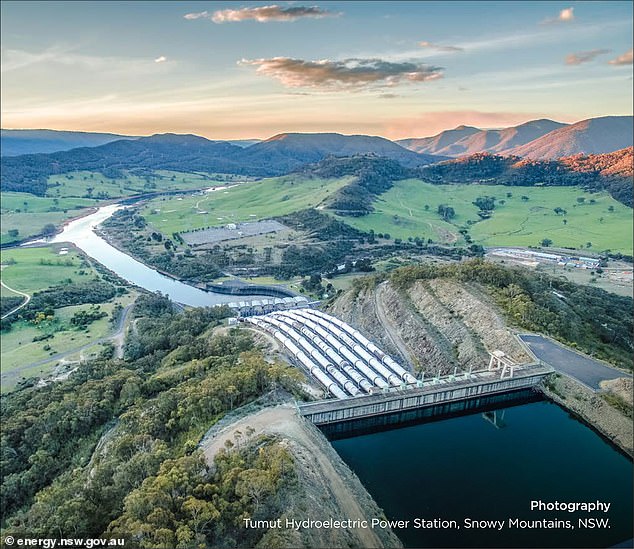 The state government wants wind, pumped hydro and solar projects to replace four coal-fired power stations which are due to shut over the next 15 years

But Mr Latham fears bills may increase as the government plans to guarantee a minimum electricity price to companies that build the renewable projects.

If the electricity price were to fall below that level, the government would levy cash from providers who would temporarily increase household bills.

Mr Latham described this as a new tax and criticised Mr Kean for intervening in the electricity market.

‘He’s planning personally to levy amounts on the electricity distributors that they pass on to consumers,’ Mr Latham told Sydney radio station 2GB.

‘So that’s a new NSW electricity tax where the minister gets to levy the money on the distributors… it goes straight on to the electricity bill.

Under the plan the government will guarantee a minimum electricity price to companies that build the renewable projects through a Long Term Energy Services Agreement.

The government’s consumer trustee will then sell the energy to retailers and companies, with any shortfall made up by enforced ‘contributions’ from distributors who would push up their prices for consumers.

The government says these payments will only be triggered if consumers are already benefiting from low energy prices – and they would be repaid once prices increase and the renewable projects are making cash again.

‘We’re talking huge amounts of money and probably power bills going up by $100 a quarter,’ Mr Latham said, without explaining where he got the figure from.

The 59-year-old has vowed to oppose the plan, which the Coalition government introduced in early November with support from Labor and the Greens.

‘I think we should slow this down and make sure we can guarantee to people the lights stay on and the prices come down,’ he said.

‘This is the whole future of the energy sector in NSW and they won’t have a committee that’s commonplace in other areas.

Federal energy minister Angus Taylor also fears the plan will push up prices and has demanded to see the NSW government’s modelling.

‘I’m concerned about models and analysis including unrealistic assumptions that don’t translate into the real world,’ he said in a speech at The Australian Financial Review Energy and Climate Summit on Monday.

‘The Commonwealth would like to see the modelling behind that policy. I’m confident that we can work through it, and NSW has indicated its strong intent to get to a sensible outcome.’

The Australian Energy Council warned the government’s intervention may encourage too many energy assets to be built in places where they may not be needed.

‘This would ultimately mean higher costs for households,’ it said in statement.

Tony Wood, energy director at the Grattan Institute, said the plan takes risk away from investors and transfers them to consumers who would potentially foot larger bills.

The plan will support 12 gigawatts of renewable energy and two gigawatts of storage, such as pumped hydro, and reduce carbon emissions by 90 million tonnes to 2030.

Landholders are expected to pocket $1.5 billion in rent by 2042 for hosting new infrastructure.

Coal-fired power made up 77 per cent of NSW’s total electricity generation in 2019 – higher than the national average of 56 per cent – but four out of the state’s five plants will stop by 2035.

Renewables made up 19 per cent. 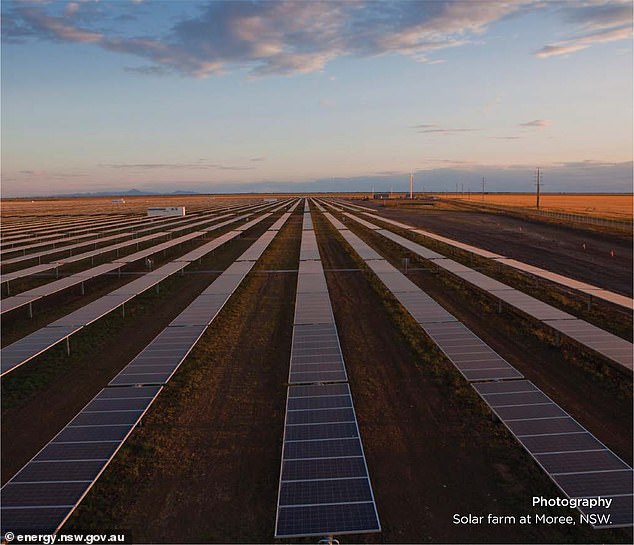 The NSW plan will support 12 gigawatts of renewable energy and two gigawatts of storage, such as pumped hydro, and reduce carbon emissions by 90 million tonnes to 2030