Mauricio Pochettino heaps praise on ‘geniuses’ Neymar, Kylian Mbappe and Angel Di Maria after PSG knock holders Bayern Munich out of the Champions League – but PSG boss challenges stars to ‘work like a team’ in bid to win the tournament

The Ligue 1 club had edged a thrilling first-leg clash 3-2 in Munich, which proved decisive after Bayern could only secure a 1-0 win at the Parc des Princes on Tuesday night to lose out on away goals.

PSG were beaten by Bayern in the final of last season’s rescheduled tournament under former boss Thomas Tuchel where many of their superstars fell well below the mark. 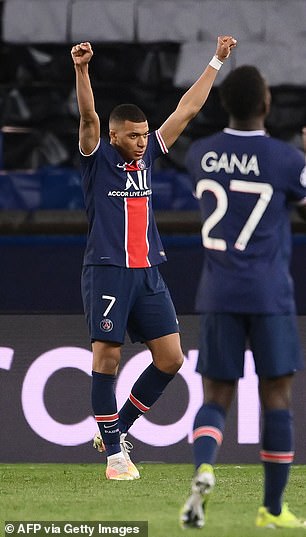 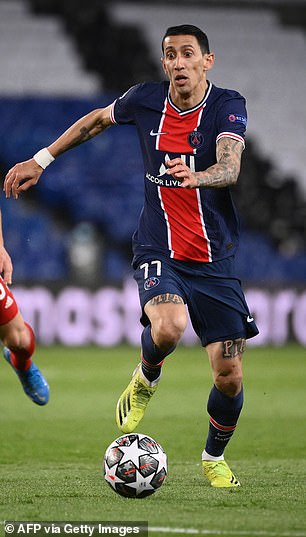 There were no such worries this time round as the star-studded trio all came up big over the two legs and Pochettino was brimming with pride in their genius.

‘The quality is there, and they work so hard,’ Pochettino told BT Sport when asked to asses his side’s effort over 180 minutes in these two games.

‘Our job is to try to put these type of talents, they are geniuses, to work like a team.

‘With the ball they are of course fantastic. 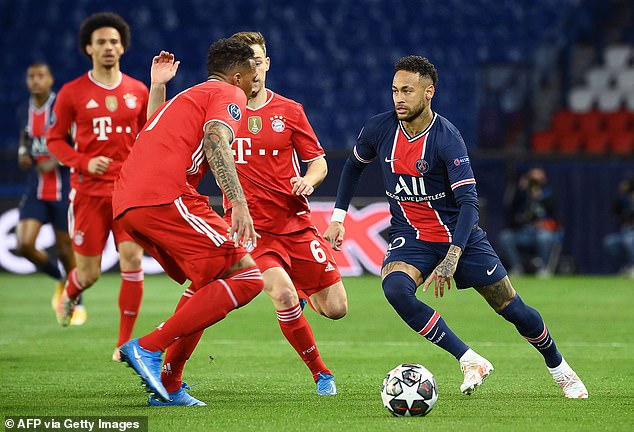 ‘To feel that we are a team, that is the challenge for us, and at the moment we are so happy about that.’

Pochettino feels the squad have come a long way in the short time he has been at the helm after the Argentine former Tottenham manager was appointed at the start of January.

‘It was a really tough match and I am really happy because the players deserve the credit. We are so happy for them, the club, the president,’ Pochettino added.

‘After three months working here we are enjoying the moment and if you qualify for the semi-finals then this is an amazing moment for us.

‘When you are on the touchline, close to the pitch, it is not easy to enjoy it, but I try enjoy it every time. 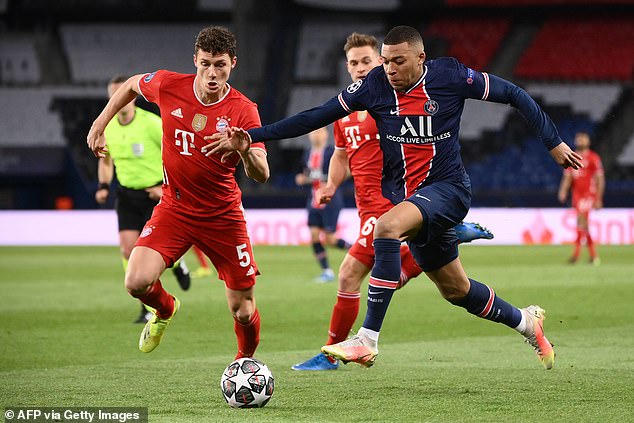 Mbappe, the hero of the first leg with two goals, was a menace in wide areas all evening

‘I am calm on the outside, but inside you are dealing with the stress of the competition, but that is the adrenaline of it that you love to feel and tonight was a fantastic game.’

Neymar was denied by the woodwork twice before ex-PSG striker Eric Maxim Choupo-Moting bundled the Germans in front on the night with a close-range header just before half-time.

Bayern, though, could not find another away goal as the French side, who had Mbappe’s late effort ruled out for offside, progressed to the semi-finals, where they will meet either Manchester City or Borussia Dortmund.