By Sam Mcevoy For Mailonline

Raul Jimenez has revealed the shocking scar left on his head as a result of surgery after he fractured his skull during Wolves’ 2-1 win over Arsenal back in November.

The Mexican was pictured in the stands at Molineux on Tuesday evening as he watched his Wolves team-mates take on Everton.

Jimenez is on the road to recovery after successfully undergoing surgery on his fractured skull, which he suffered during a nasty clash of heads with David Luiz. 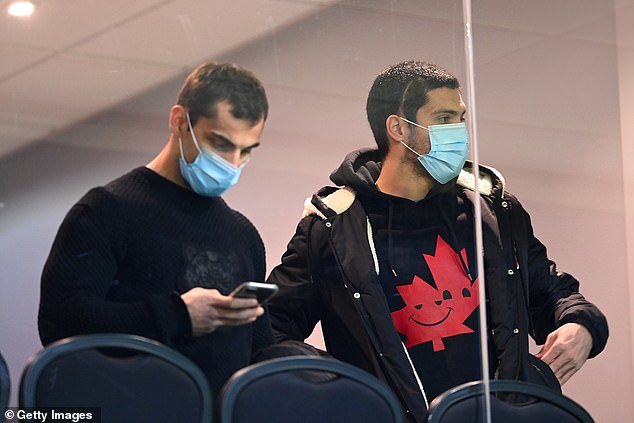 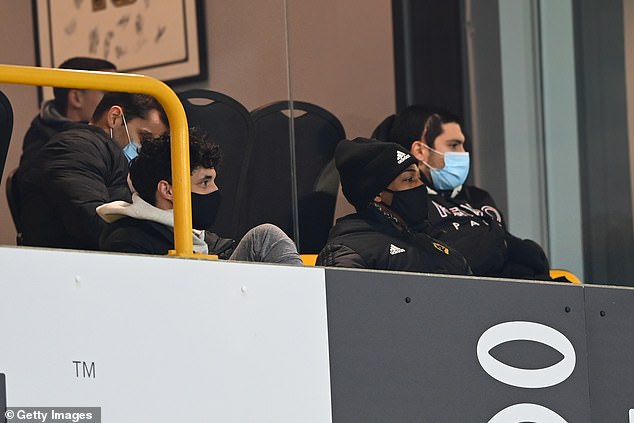 Fans were taken aback by his scar on social media, while others pointed out the severity of his injury.

One fan wrote: ‘Just glanced over at the Wolves game to see Raul Jimenez in the stands. Great to see him doing alright but f***ing hell! That’s one hell of a scar! Puts into perspective how bad that injury was.’

Tuesday’s defeat by the Toffees wasn’t the first time Jimenez has watched Wolves from the stands following his head injury.

The striker was spotted in the stands for Wolves’ home game with Tottenham at the end of last month and is now starting his rehabilitation following the injury. 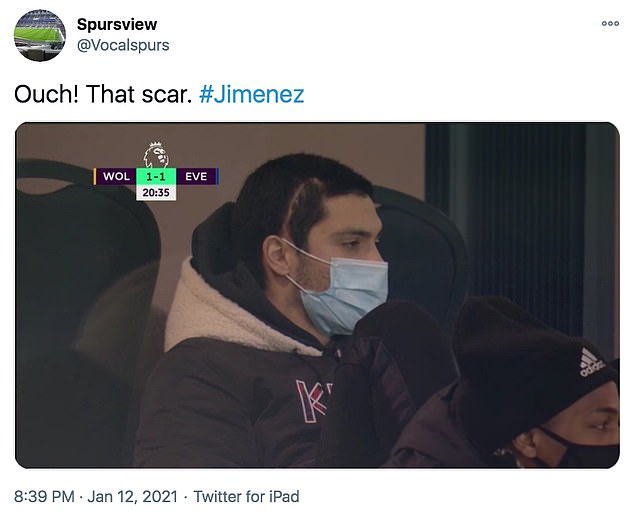 The Midlands club confirmed last week that ‘things are going well’ for Jimenez, but stressed it would be a while before he can finally makes his comeback.

A statement read: ‘Raul is five weeks since his surgery following a fractured skull and is doing some early fitness work, but still has a way to go, however things are going well.’

Fans paid tribute to the striker last month by raising 20,000 to unfurl a banner at Molineux to show their support.

His team-mates have also paid homage to him by wearing special warm-up tops wishing him a speedy recovery before their game against Liverpool in December.

Jimenez made an emotional return to the club’s training ground in the same month as he embraced his team-mates and boss Nuno Espirito Santo.

The Portuguese manager said it was ‘a happy moment’ and that he was pleased with his remarkable progress after enjoying breakfast with the squad. 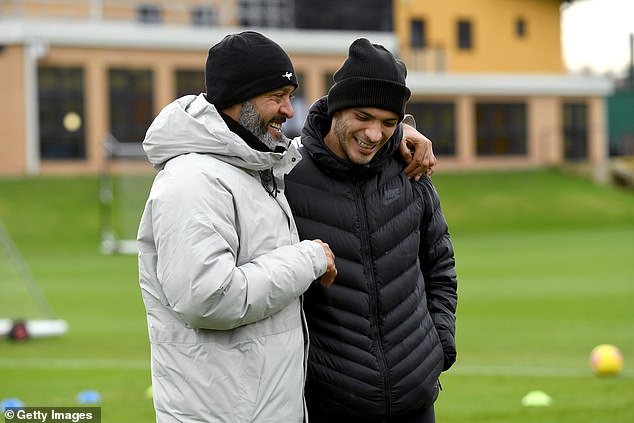 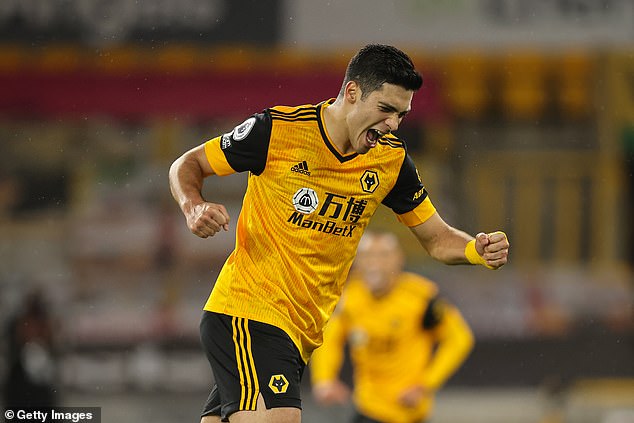 ‘He’s OK, the same Raul, smiling, positive, it’s so good to have him. Normal conversations. He had breakfast with us on Friday and we have already spoken about the team, how we see it.

‘He has this desire inside him that he wants to return and this is the most important step that he already made.’

But Espirito Santo has been cautious about putting a timeframe on Jimenez’s return, with the club said to be weighing up reinforcements up front during his absence.

Wolves have won just two of nine games since Jimenez’s injury and have been linked with a shock move for Atletico Madrid’s Diego Costa.