Robin Wright, 54, and husband Clement Giraudet, 35, put on an amorous display as they steal a kiss on the beach

Robin Wright and her husband of two years Clement Giraudet got cozy while going for a beach walk in Santa Monica.

The 54-year-old House of Cards actress and the Saint Laurent’s International VIP Relations Manager, 35, walked barefoot in the sand while walking their dog before stealing a kiss.

Both seemingly forgetting to bring their face masks the two looked extra cautious as they covered their mouths with their clothing while heading to their car. 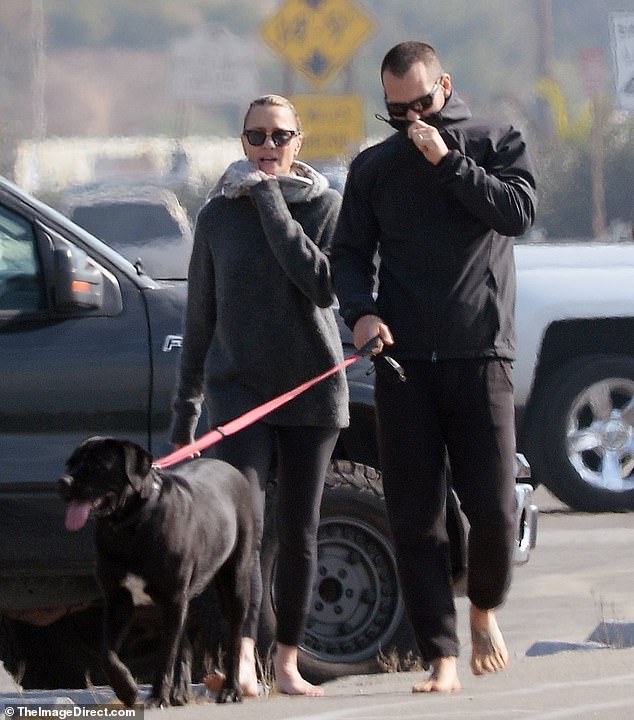 Forgot something?: Robin Wright, 54, and her husband of two years Clement Giraudet went for a beach walk in Santa Monica as they put on a cozy display

Robin kept it casual in leggings and a sweater bundling her top half with a wrap scarf.

Keeping her hair tied back in a ponytail she opted for a no fuss look while getting in some steps.

She threw on a pair of sunglasses as she let her husband take the reigns of their dog.

Giraudet wore all black with a pair of athletic looking sunglasses as they walked with sandy feet. 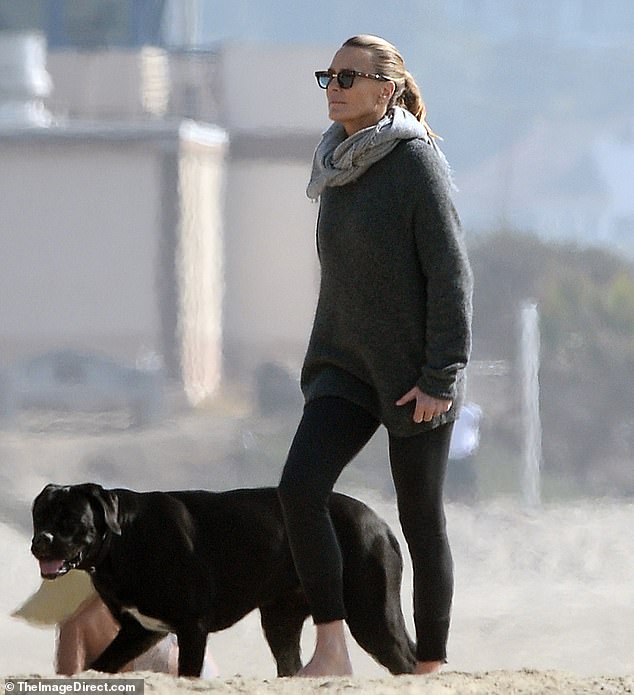 At ease: Robin kept it casual in leggings and a sweater bundling her top half with a wrap scarf as she took their dog off leash to roam about

Taking their very happy dog off leash to roam freely on the sand, the duo looked at ease before showing some affection by the water.

The two got married a year after they were first spotted out together, as they wed in an intimate ceremony at a Provence commune.

She shares two children Dylan, 29, and Hopper, 27, with husband of over a decade Sean Penn.

Currently the Princess Bride star is anticipating the release of her new film Wonder Woman 1984.

The film which was originally slated for a December 2019 release date was then pushed to June 2020 with the COVID-19 pandemic further delaying the process. 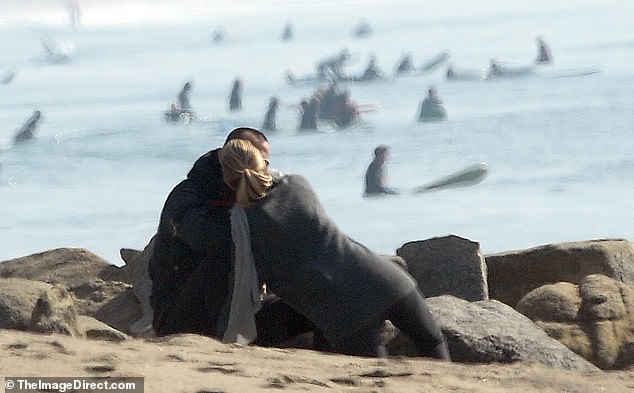 Sneaky kiss: The pair leaned in for a kiss as they sat in the sand against a swarm of surfers in the water

After moving to an October 2nd premiere date the film was pushed back yet again and will now come out on December 25th.

Recently Wright has been very active in the fight against teenage marriage.

The instagram campaign #VowForGirls has been a way for her to raise awareness about the millions of teenage girls being forced into marriage around the world.

‘We vow to help end the 12 million child marriages that happen every year,’ she wrote in an Instagram post as she nominated Gadot, Chelsea Handler and Jennifer Aniston to ‘stand up’ for girls rights. 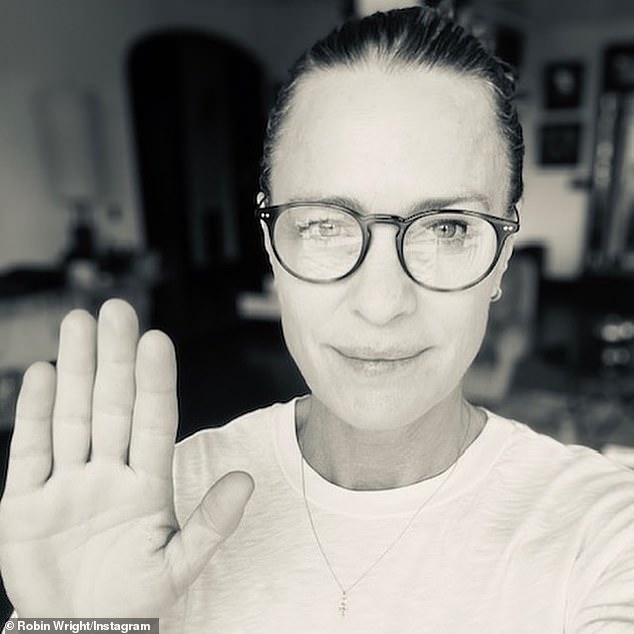 Vow for girls: Wright has taken a strong stance against teenage marriage as she vows to incite change and end the yearly 12M child marriages globally; pictured October 7th