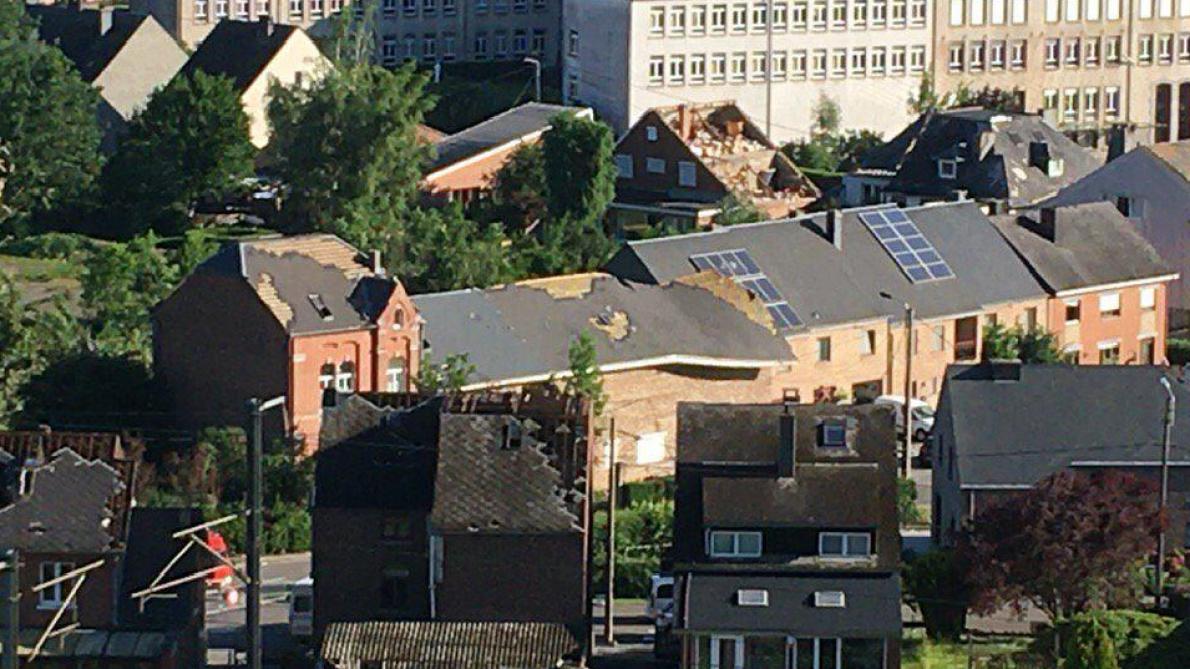 During the night from Saturday to Sunday, heavy thunderstorms caused extensive damage in the south of Belgium.

SOn Saturday evening, the town of Beauraing was particularly affected by the severe weather. The municipal authorities of the city drew up an inventory of the damage on Sunday morning, in the company of the police, firefighters and insurers, a few hours after the passage of a mini-tornado on the entity, indicates Sunday morning the mayor Marc Lejeune.

“We go to each person affected and see how we can help them and what their needs are. We drew up an initial assessment of the damage during the night but we did not think that there was so much ”, he is surprised.

Many houses are uninhabitable because the roofs have been blown away and windows have sometimes exploded. “We also have poles on the ground, metal sheets from the sports hall of the Sisters’ school which have disappeared, garden shelters which are embedded in roofs, trees on the roads, etc. It’s an apocalyptic situation, ”comments the mayor, adding that a solution will have to be found for many families.

About fifteen people were slightly injured. Most of them were on the terrace of a cafe when the roof flew up. “They saw the tiles fall and luckily were able to leave the arbor under which they were standing. It’s a small miracle that there are no more injuries, ”concludes Marc Lejeune.

On the side of the city of Namur, a house in Saint-Servais, was struck by lightning on Saturday evening, indicate the firefighters of the NAGE zone (Namur, Andenne, Gembloux, Eghezée). The roof of the house, located on Chemin de Saint-Marc, was pierced and a fire started. However, the firefighters were able to intervene quickly and limit the damage.

The Walloon capital and its surroundings were affected by severe thunderstorms around 11:00 p.m. Saturday, for about 30 minutes. The NAGE emergency zone received about twenty calls. These mainly concerned flooded roads and caves.

Other regions of Wallonia have also been impacted. We are talking about dozens of interventions in Picardy Wallonia, particularly in the localities of Péruwelz, Leuze-en-Hainaut and Lessines. However, no injuries were to be deplored. The material damage is quite significant.

A hundred interventions in the province of Luxembourg

The firefighters of the province of Luxembourg intervened on a hundred occasions because of the bad weather which fell during the night from Saturday to Sunday, indicates the Luxembourg rescue zone on Sunday morning.

The bad weather hit the whole of the province, causing the fall of trees, branches, cables, but also some flooding of cellars. The firefighters intervened in particular in Bras, in the town of Libramont, where the roof of a house had been torn off.

The rescue zone recorded a hundred exits, the peak of intensity stretching from 9:30 p.m. to 1:00 a.m. Interventions were still in progress in the morning.