A screaming woman was kicked to the ground as she charged at a police officer trying to break up a fierce argument.

Two women and a shirtless man were arguing in the park at Melbourne’s St Kilda Beach on Sunday afternoon.

One woman was being restrained by the man wrapped in a towel while the other woman marched directly towards a Victoria Police officer. 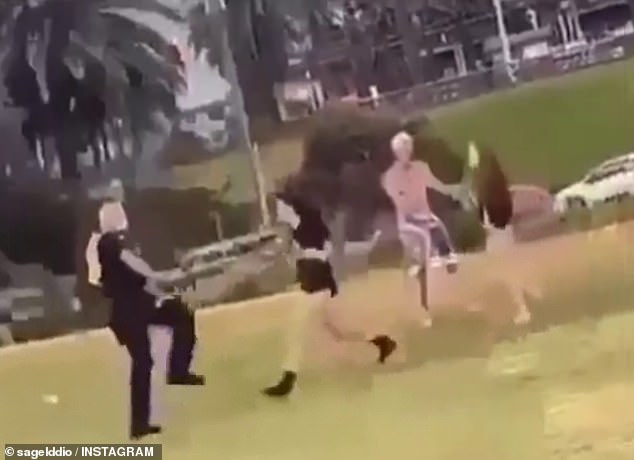 A chaotic argument between beachgoers at St Kilda Beach, in south Melbourne, and a Victoria Police officer was captured on Sunday afternoon (footage pictured above)

As the screaming woman approached the officer he lifted up his right leg and delivered a swift kick to her stomach.

The woman was instantly knocked back onto the grass.

Shocked yells from onlookers were heard in the background of the clip.

Sage Dre happened to capture the footage on her way to the beach and said the reason for the argument had been unclear.

‘The couple at the start of the video were having an altercation and the guy was trying to calm his girlfriend down,’ she explained. 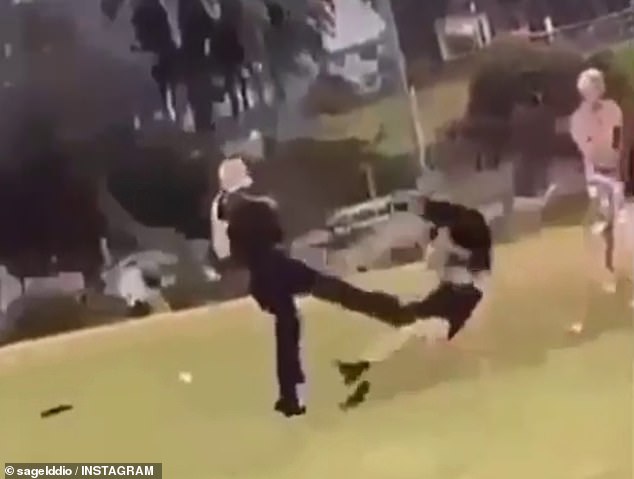 She said ‘everyone was just shocked’ at how the events unfolded.

‘The lady was screaming her head off yelling out names,’ Ms Dre explained.

‘The cop obviously felt threatened when she was stomping towards him so he kicked her.

‘She got arrested after, I’m not really sure how it started, she was intoxicated.’ 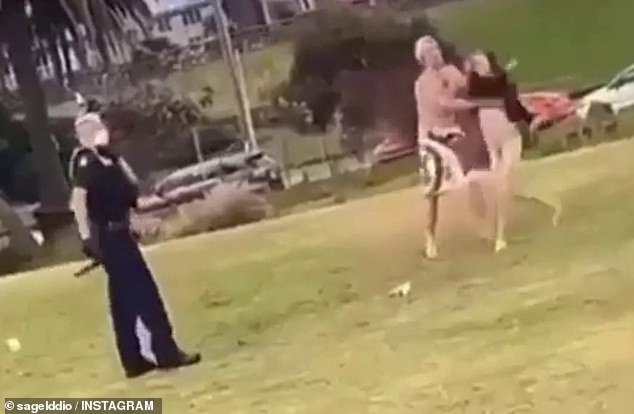