A prisoner with severe kidney disease who wrote countless letters pleading with a judge to be released after fearing he might contract coronavirus while in jail, has died from the disease.

Waylon Young Bird, 52, who suffered from severe kidney disease, wrote 17 letters to a judge in a plea for mercy starting in June but his requests for compassionate release were all but ignored.

Young Bird had been in jail since September 2019 and was serving an 11-year sentence for distributing methamphetamine. 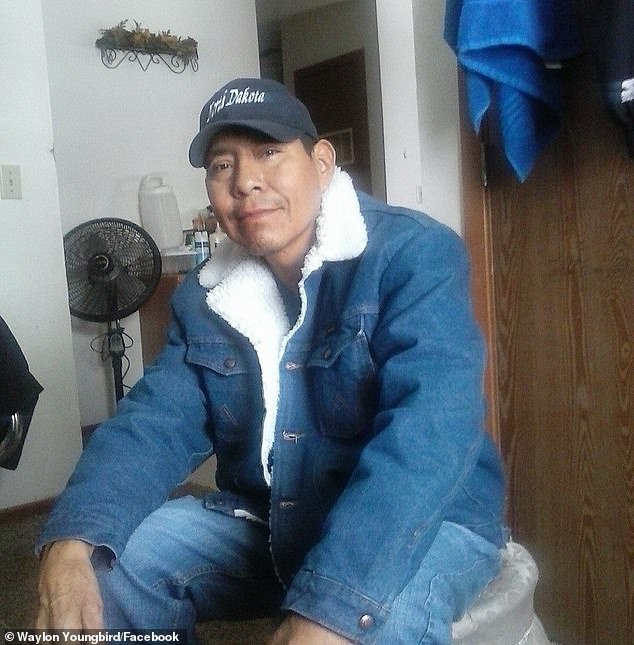 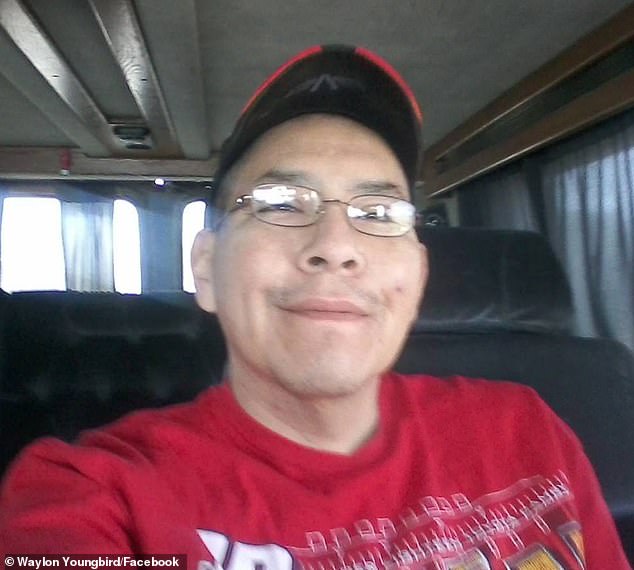 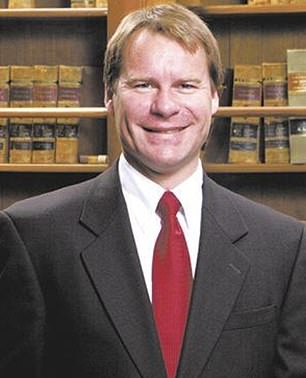 But Young Bird feared that it would only be a matter of time before he succumbed to the virus.

‘I’m writing again because this morning, around 10am, an inmate next to me said, ‘It’s here, Chief. It’s official now, that the first case of coronavirus is here at Springfield, Missouri, medical center,’ he added.

On June 14th he told how he worried the virus would soon start to spread and didn’t want to die behind bars stating how he longed to see his  disabled sister and his four kids ‘who need me.’

By August he told the judge that he learned his ‘aunty mom,’ Joann Young Bird, had died and how he wished to attend her funeral. 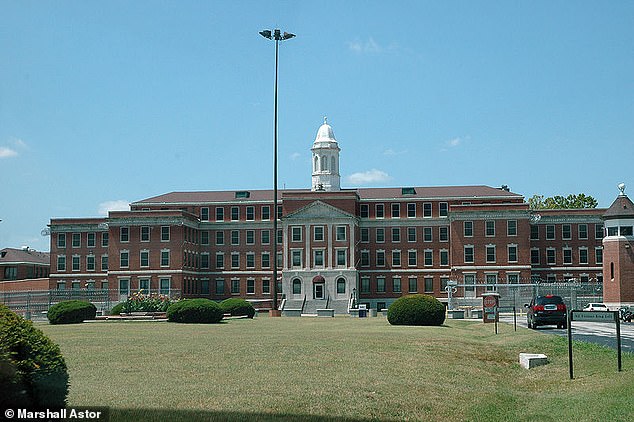 Young Bird was incarcerated at the United States Medical Center for Federal Prisoners in Springfield, Missouri where he died

Months later, by October 28th, the virus was running rampant throughout the jail. He told the judge that dozens of inmates had tested positive yet he had, incredibly, managed to avoid becoming sick.

‘I’m afraid I may be infected by the time you read this letter,’ he wrote. ‘Please as a compassionate judge, can you help me thru this situation.’

Young Bird was originally arrested in March 2018. Officers found 10 grams of meth hidden in his sock in eight baggies during a traffic stop on the Cheyenne River Indian Reservation. 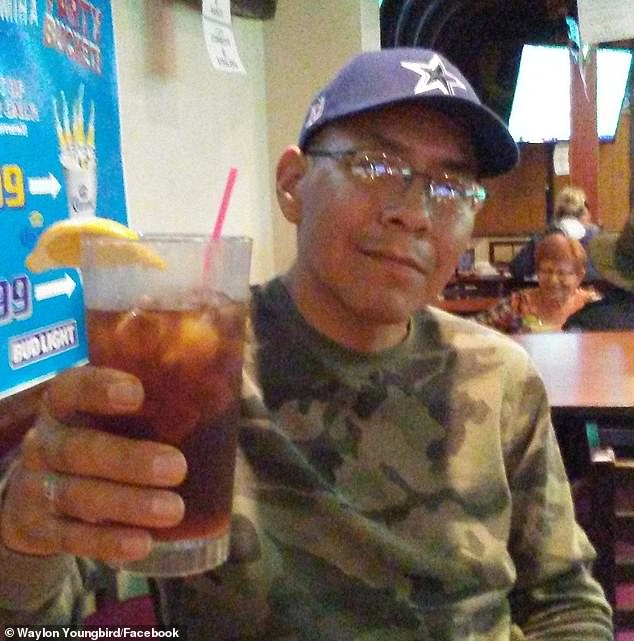 He had originally put in a request for compassionate release in November 2019 citing various health problems including kidney failure (for which he was on dialysis), congestive heart failure, diabetes and asthma.

The warden denied his request on the grounds that his condition was not terminal and that he had a life expectancy greater than 18 months.

As COVID slowly took hold Young Bird approached the judge who had sentenced him hoping that he might be able to serve his sentence in home confinement.

He even wrote to the newspaper in his home town, the West River Eagle, apologizing to the residents he hurt through drug and alcohol abuse.

‘I was addicted to methamphetamine (crystal meth) and alcohol, a legal drug,’ he wrote. ‘Both are very hard to get off, there in the free world. I have disappointed a lot of my people, and carry a lot of shame and regret.’ 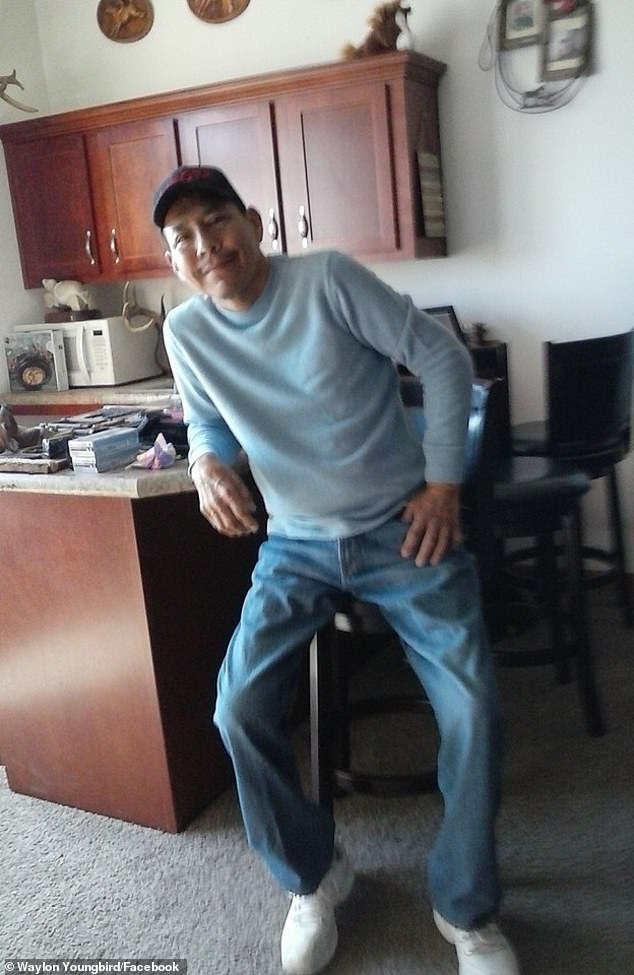 But at every turn the government opposed his release saying that he still presented a danger to society and Judge Lange denied his request.

The judge said that it was unclear to what extent Young Bird’s life was threatened by the virus and that the Bureau of Prisons has ‘taken precautions to protect him and his fellow inmates.’

That being said, since the start of the pandemic, the agency has released 17,530 inmates to home confinement however they have often been prisoners who had already served the bulk of their sentence.

‘I find it very hard to comprehend,’ said one of his daughters, Casina Brewer, 26. ‘I just feel like he was ignored.’

‘I’m very saddened by his death,’ Judge Lange said to NBC News. ‘It’s terrible how the virus has affected inmates both in federal and in state custody, and I just wish Mr. Young Bird’s family the very best.’

‘Had he served a bit more time and had a bit more of a penalty, I would have likely considered his compassionate release motion differently,’ Lange said.

What made Young Bird’s situation worse was the Cheyenne River Sioux Tribe had banished also banished him from his home due to the drug conviction.

‘This person could literally be out on the street, needing dialysis, barred from his home community,’ Lange said. ‘My goodness, what do you do?’ 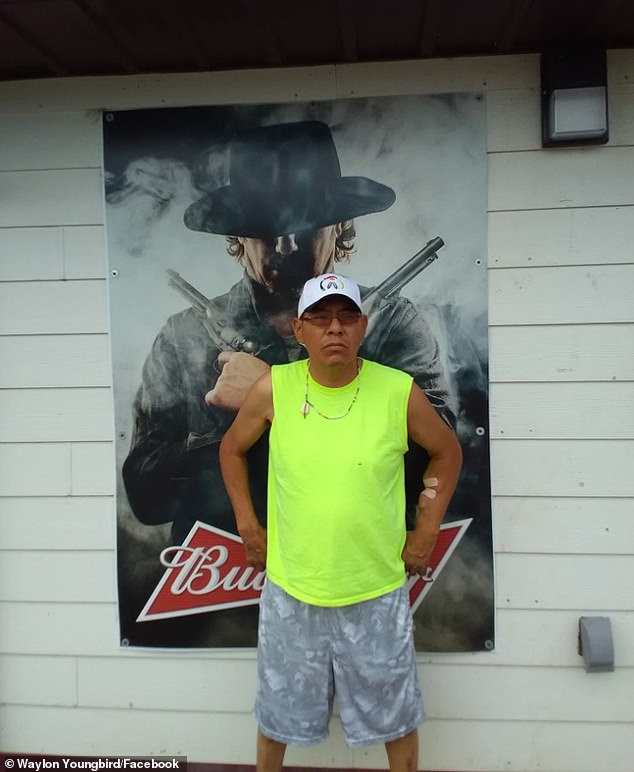 A week after testing positive for COVD, Young Bird died at the jail from the deadly virus