The Bachelor’s Laura Byrne is the founder and creative director of her own jewellery label, ToniMay.

And on Wednesday, she revealed a bizarre-yet-ingenious hack for when people lose their earring backs while out.

Enjoying adate night at one of Sydney’s Icebergs in Bondi, Laura revealed how she kept her statement accessories on her lobes without a makeshift backing. 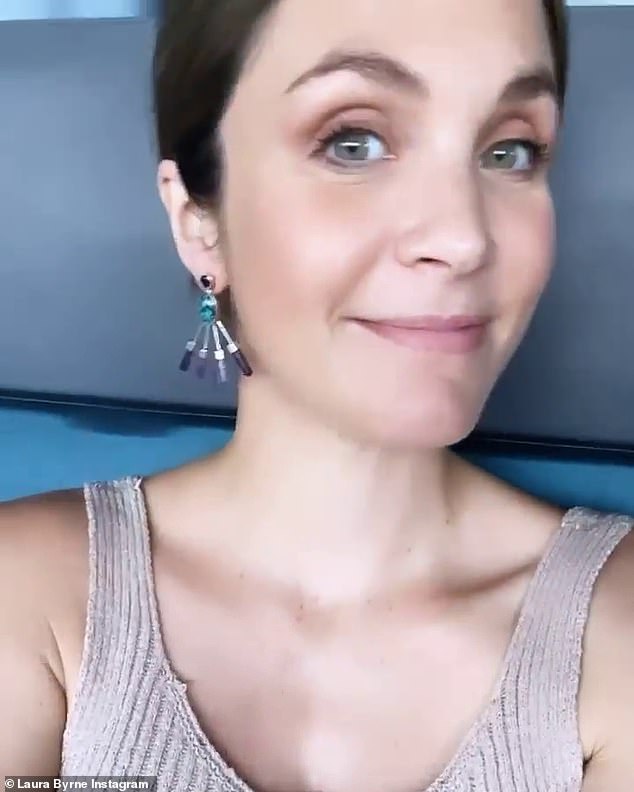 That’s different! The Bachelor’s Laura Byrne (pictured) has revealed the bizarre-yet-ingenious hack she used when she lost an earring back during a date night with fianc Matty J at Sydney’s Icebergs restaurant on Wednesday night

‘When you lose your earring back at dinner, a chunk of really crispy bread will do the trick,’ she revealed.

Laura shared a short clip showing how the small piece of bread had kept her earring firmly in place while dining with her fianc, Matthew ‘Matty J’ Johsnon.

The short-term fix seemed to work wonders as they posed for photos and enjoyed the rest of their night out. 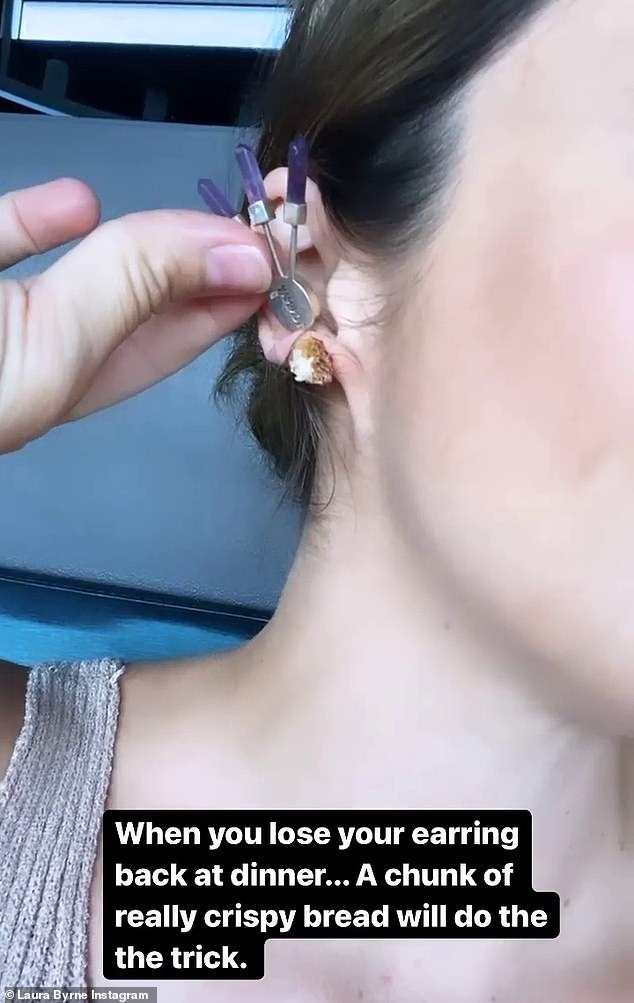 Un-bread-lievable! Laura cheekily revealed that she had used a small chunk of crispy bread to keep her statement earrings in place for the duration of their dinner date 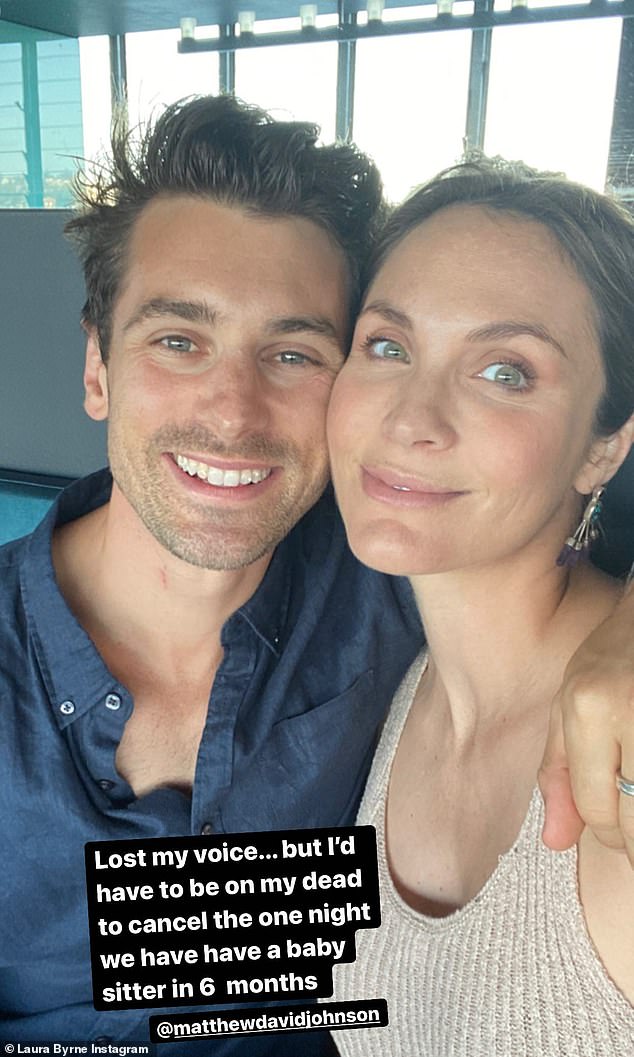 ‘The one night we have a babysitter in six months’: Nothing was going to ruin the night for Laura and Matty J, who claimed it was ‘absolutely glorious’ to enjoy a night out together

‘Lost my voice, but I’d have to be on my death bed to cancel the one night we have a babysitter in six months,’ she captioned one photo of the pair at dinner.

Matty J also wrote on his page: ‘We are baby-less for the night and it’s absolutely glorious.’

Laura said she was ‘spoilt’ by the date night out with her hunky partner, despite having to drink water in a wine glass due to her pregnancy. 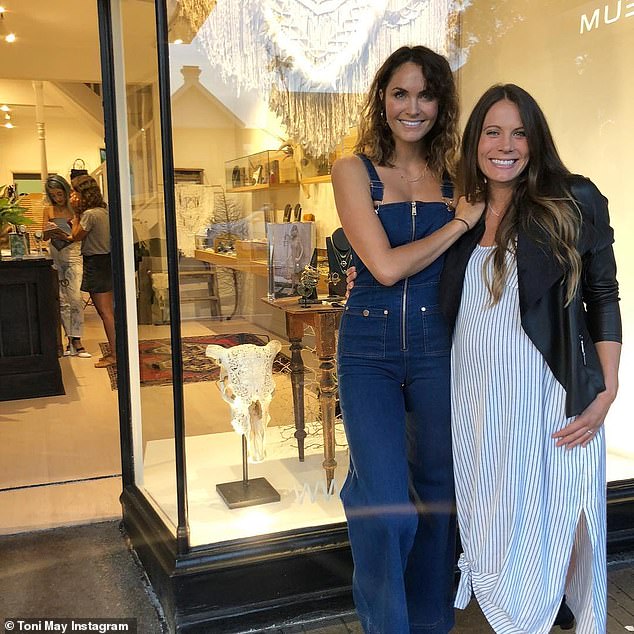 Laura and Matty J have since named their one-year-old daughter Marlie-Mae.

The couple are expecting another child in the coming months as Laura stated she was ‘half way to number 2’ in their September 2020 pregnancy announcement. 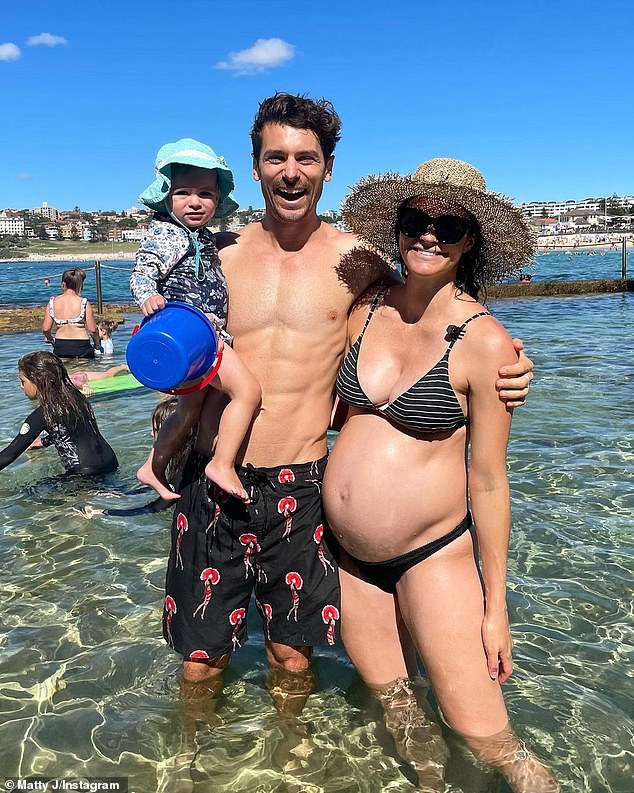 Family:The couple are expecting another child in the coming months as Laura stated she was ‘half way to number 2’ in their September 2020 pregnancy announcement