The Professional Football League is approaching its definition and with a River Plate that seems to be heading unopposed to the title, the struggles between the rest of the teams become relevant, especially for access to international cups. And in that annual table that will deliver the tickets for the Libertadores and the Sudamericana, Boca Juniors took a key step by ensuring that at least for the remainder of date 21 and for another day no one will be able to take away your provisional ticket.

Boca Juniors strengthened its position in joining the Libertadores by beating Sarmiento de Junín by 2 to 0, in a game played in a packed Bombonera already without public restrictions.

Boca’s goals were scored by Luis Vázquez (24m PT) and Colombian Frank Fabra (1m ST). Sebastián Battaglia’s team beat Colón de Santa Fe, although the team led by Eduardo Domínguez is no rival in this fight since they qualified for the maximum continental tournament automatically for being the champion of the last League Cup.

What the team did achieve Xeneize is to reach 58 points and get four units from Estudiantes and Lanús, so that position was secured at least for one more date and the peace of mind that even losing one of the four remaining games, he would still depend on himself.

Independiente, meanwhile, stumbled in a controversial match in Santiago del Estero, in which a goal was disallowed badly in the first half that would have meant a 1-0 lead. Central Córdoba beat him by the smallest difference and it complicated things thinking about the entrance to the South American.

It is that Julio Falcioni’s men are still in the entry zone to the second most important continental tournament, but they missed the chance to stay five points above their pursuers and catch up with Lanús, who had lost to the Patronato de Paraná. Even El Rojo could have followed four units from Boca to dream, why not, of joining the Libertadores.

The defeat, on the other hand, left him with 51 points, just two above Defense and Justice and before the chance that Racing Club, if they win their duel this Sunday against Colón, will be left with 50 in a frank position to present battle and play. “a classic” apart from four dates.

Rosario Central beat Atlético Tucumán 3-1 with a great game and two goals from the captain, Emiliano Vecchio, and recovered from two consecutive falls, in a good game played at the Gigante de Arroyito.

The other goal You bastard it was converted by Emanuel Ojeda and Oscar Benítez discounted for the tucumanos, in the epilogue. Thus, with his good offensive game, several players at a high level and a dream afternoon from Vecchio, Central recovered, saved the head of his DT, the Kily González, and is still in the running for the dream of the Copa Sudamericana.

With 45 points in the annual table, Rosario were four from Defense and Justice, which until now would be the last classified. Of course, it will not be easy because in addition to discounting Sebastián Beccacece’s team, it should surpass other rivals that are in the middle: Racing Club, Gimnasia La Plata and Argentinos Juniors. 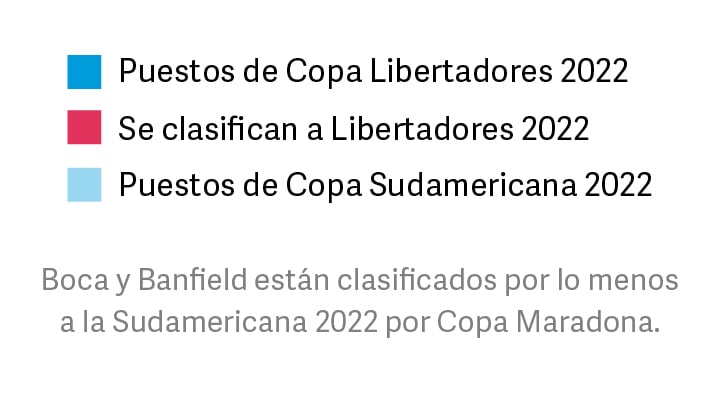