There’s no doubt about it, Tiffiny Hall has an impressive rig.

The personal trainer, 36, proudly showed off her physique in a skimpy pink bikini on Wednesday while on holiday with her husband, radio host Ed Kavalee.

‘Trading in my taekwondo whites for Peninsular Hot Springs whites #RobeLife,’ she captioned the photo on Instagram. 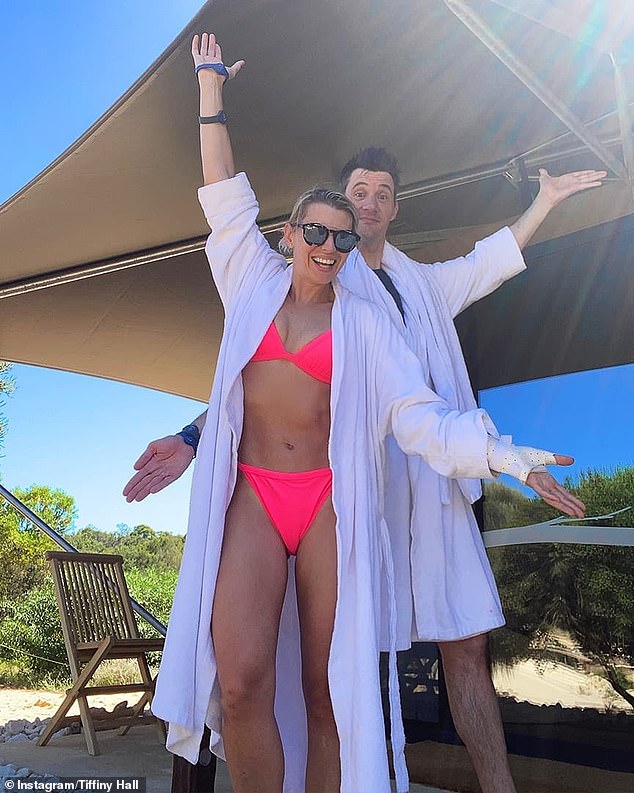 Holiday mode: On Wednesday, Tiffiny Hall, 36, proudly showed off her physique in a sizzling hot bikini photo, while on holiday with her husband, radio host Ed Kavalee, 41.

In the snap, the couple worematching white robes as they spent time at aday spa on the Mornington Peninsula.

Tiffiny last shared a bikini photo on social media just after Christmas, in an effort to inspire her fans in the lead-up to the New Year.

Posting a gallery of throwbacks from a previous trip to Bali, Tiffiny’s rock-hard abs were on display as she confidently posed at the beach. 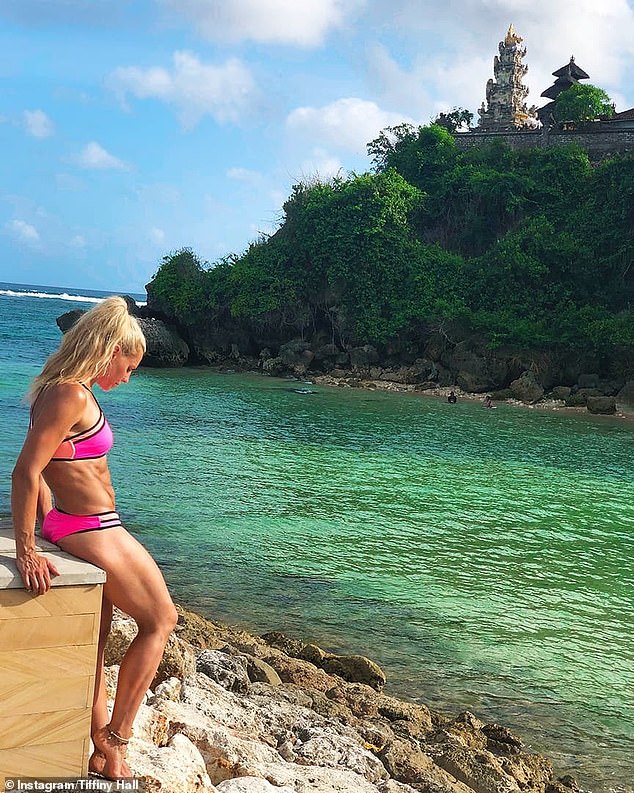 1. Be realistic challenge yourself, but don’t think too big or you’ll set yourself up to fail.

2. Reflect on old goals what helped or hindered your progress?

3. Plan ahead map out exactly how you’re going to get there.

4. Break your big goals up into mini goals small successes will keep you motivated.

6. Decide how you’re going to track your progress journalling maybe?

In the caption, the Gladiators star gave fans some tips for getting fit (see fact box).

That same month,Tiffinysent her Instagram followers into a frenzywhen she revealed her husband’s ‘secretly ripped’ body in a throwback photo.

A few days after his wife uploaded the snap, 2Day FM host Ed, 41, revealed the secret behind his six-pack abs.

He toldJimmy & Nathhis wife inspires him every day to stay in shape.

‘My wife has an unbelievable fitness website TIFFXO.com that’s the truth,’ he said, pluggingTiffiny’s workout program.

Tiffiny, a former trainer on The Biggest Loser, offers a variety of 30-minute workouts, meal plans and mindset exercises on TIFFXO.

In October last year, she boasted about her spouse’s Adonis-like physique.

She told Who magazinethat Ed’s dedicated training regime had paid off.

The funnyman usually wears loose-fitting clothes on TV, making it difficult to tell just how toned and muscular he is. 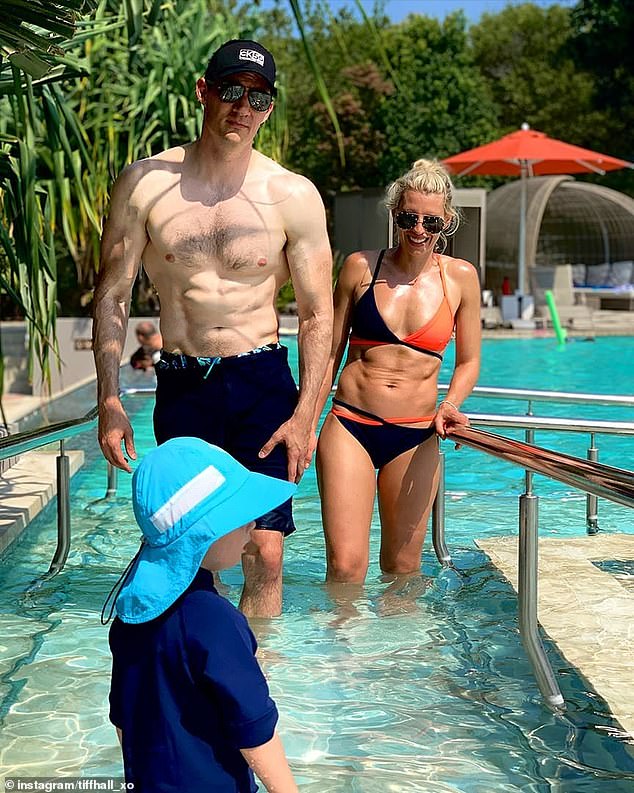 Looking fit! Radio host Ed Kavalee has revealed that his wife,personal trainer Tiffiny Hall, is behind his ‘secretly ripped’ physique, after fans went wild over his six-pack 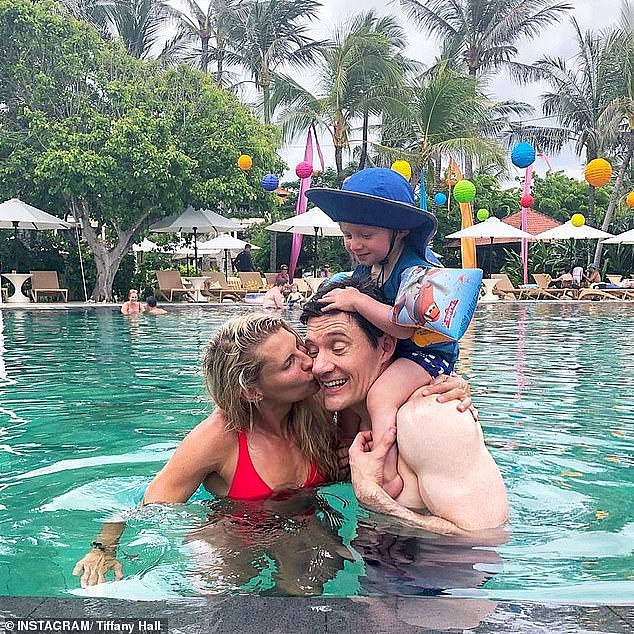 Humble:’My wife has an unbelievable fitness website that’s the truth,’ he told Hit FM’s Jimmy & Nath on Tuesday. Ed and Tiffiny are pictured here with their son, Arnold 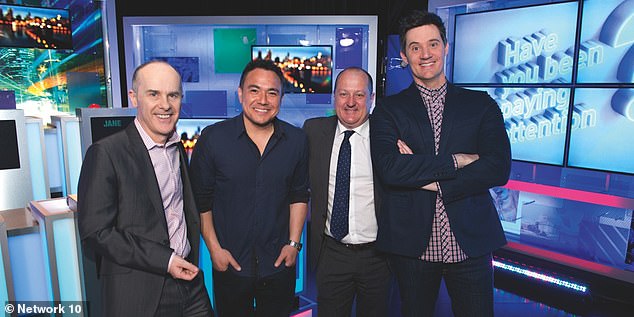 Undercover Adonis:The comedian usually wears loose-fitting clothes on TV, making it difficult to tell just how toned and muscular he is. Pictured right on Have You Been Paying Attention?

In April 2018, Tiffany sent her Instagram followers into a spin when she posted a picture of Ed showing off his arms while teaching their son how to swim.

‘Who knew he was hiding those guns?!’ one fan commented at the time.

‘Oh my fabulous gawd. Ed is ripped!’ another added, while a third asked: ‘Who would have thought he was smuggling those guns under his cardigan!’

Tiffiny and Ed have been married for six years and share a son, Arnold, together. 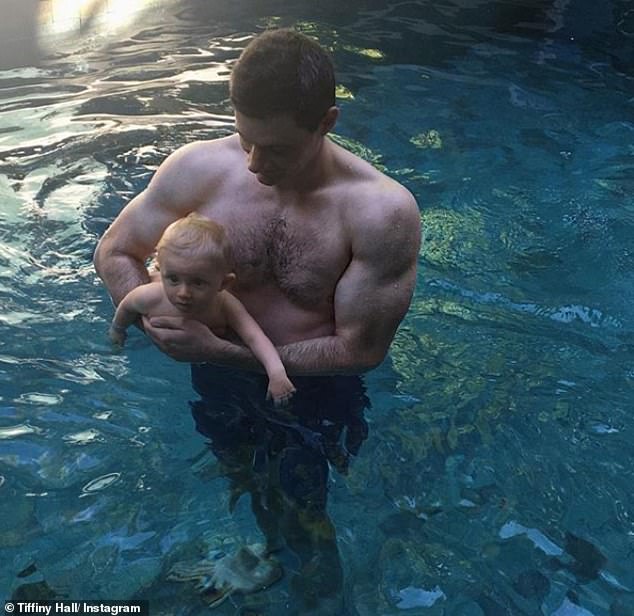 ‘Who knew he was hiding those guns?’ In April 2018, Tiffany sent fans into a spin when she posted this picture of her husband showing off his arms while teaching their son how to swim