By Luke Augustus for MailOnline

Manchester United goalkeeper Dean Henderson is not short of suitors should he leave his boyhood club this summer, with both Tottenham and Borussia Dortmund among them.

Henderson has been forced to play second-fiddle to David de Gea at Old Trafford this season, featuring just three 13 times in all competitions compared to his team-mate’s 28.

And according to Sky Sports, Tottenham and Borussia Dortmund are ready to pounce for the ‘increasingly frustrated’ 23-year-old at the end of the season if seeks a fresh start elsewhere. 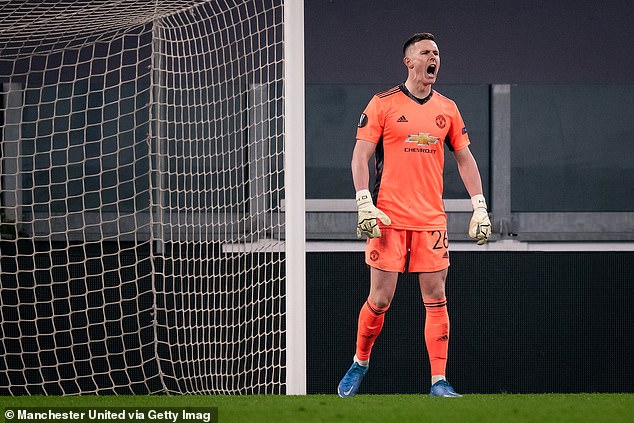 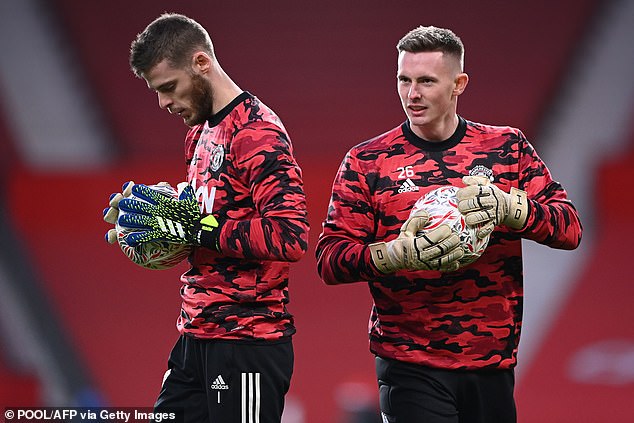 Tottenham manager Jose Mourinho is a reported admirer of Henderson’s talents, having seen him rise through the ranks at Old Trafford during his spell in charge between 2016 and 2018.

And earlier this month Sky Sports pundit Graeme Souness revealed that Mourinho had told him he believed Henderson “should have been in the (United) team a couple of years ago”.

At present, Hugo Lloris is Tottenham’s No 1 goalkeeper but the club are yet to open talks over a contract extension with him. The club captain has just over a year left on his deal and hasn’t had the best of seasons in north London.

As revealed by Sportsmail,Paris Saint-Germain are keen on Lloris and Spurs are aware Frances World Cup winning captain may be interested in a return to his homeland and also a reunion with former manager Mauricio Pochettino who is now in charge at the Parc des Princes.

Dortmund could be another possible destination for Henderson with the England international open to playing abroad alongside the lure of regular Champions League football too.

Despite the interest, Henderson’s current preference is to remain at United but only as their first-choice goalkeeper.

The Red Devils showed their intent towards him in August as he signed a five-year deal worth 120,000-a-week.

However, manager Ole Gunnar Solskjaer knows he has an issue on his hands with De Gea’s 350,000-a-week contract still having another two years to run plus an additional 12-month option.

Such a huge outlay could warn off suitors but Solskjaer would be willing to send the 30-year-old out on loan next season.