By Andrew Court and Michelle Curran For Dailymail.com

Two people have been killed and two others injured after a gunman opened fire at a Sonic restaurant in Nebraska.

The incident occurred in the city of Bellevue shortly after 9 pm on Saturday night while police were responding to a report of a bomb located inside a U-Haul truck parked near the scene.

The vehicle was last seen in flames, but police have not yet disclosed how the two incidents are connected.

The alleged gunman was detained at the scene and taken into custody.

‘Two victims were transported to the University of Nebraska Medical Center,’ , Sgt. Andy Jashinske with Bellevue Police said in a statement on Sunday morning, without disclosing their condition.

‘Two additional victims were determined to be deceased on the scene. The victims will be identified after the completion of appropriate family notifications.’ 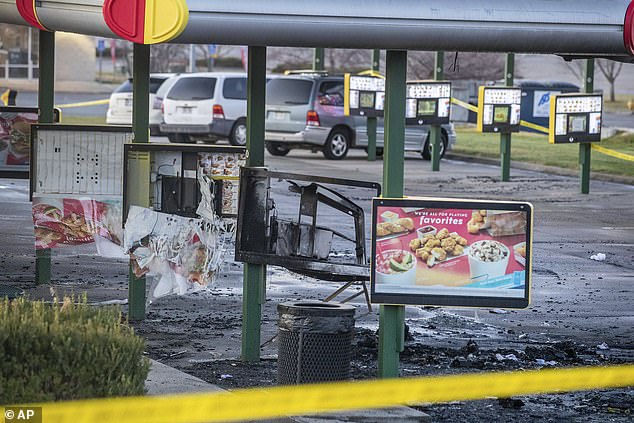 In a media briefing early Sunday morning, Sgt. Jashinske said the bomb squad had been called in to check the scene for potential devices following the vehicle fire.

‘There was a truck with some fireworks or some type of device,’ he explained.

He said that there were no additional suspects.

After the initial report of a bomb inside the U-Haul, a heavy police presence descended upon the scene.

After the shooting, more cops were called in for back-up.

A SWAT team swooped in as more then 20 law enforcement vehicles reportedly responded along with six ambulances. 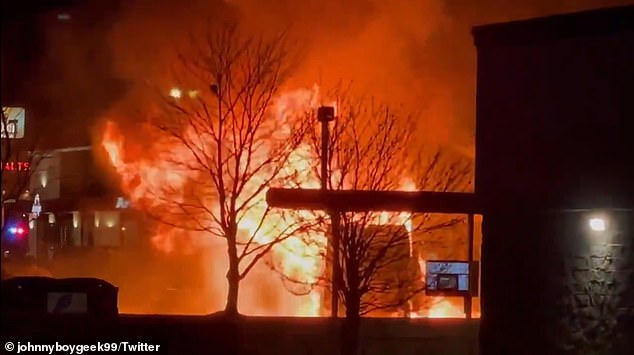 A video showed a huge fire outside the restaurant in Nebraska 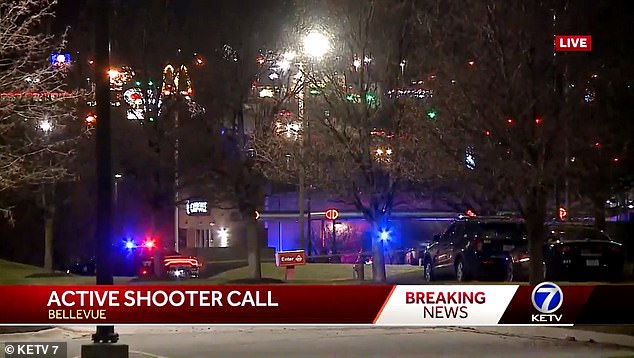