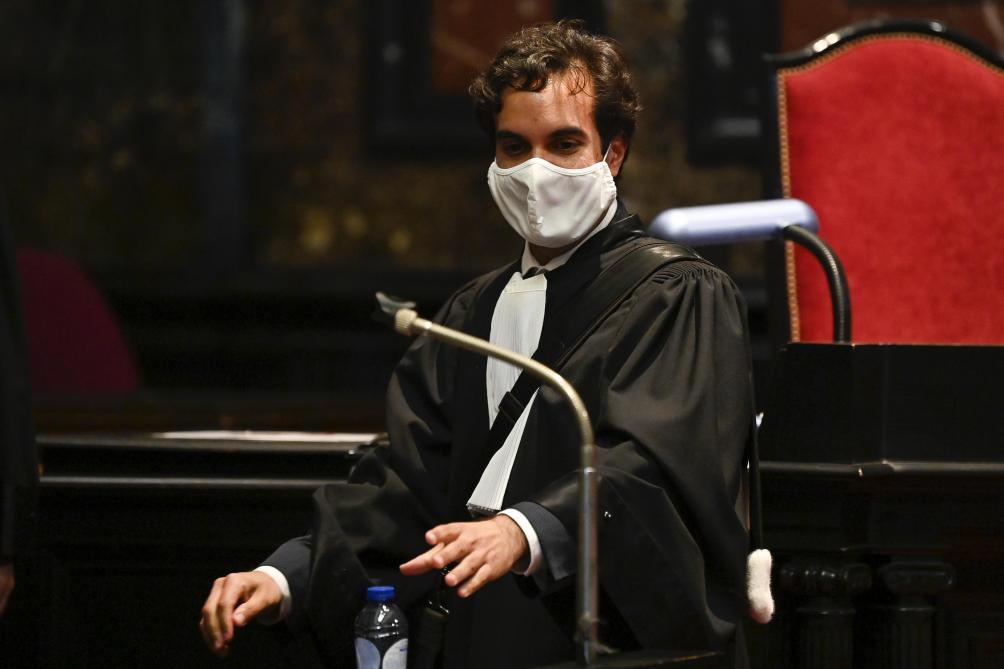 Before a summary judge of the civil court of Brussels, the European Union accused AstraZeneca of “flagrant violation” of the contract for the purchase of anti-Covid vaccines.

LThe European Union accused AstraZeneca on Wednesday of “flagrant violation” of the contract for the purchase of anti-Covid vaccines, accusing the pharmaceutical company of not having quickly mobilized the maximum of its production capacities in Europe to supply the Twenty-Seven.

Before a summary judge of the civil court of Brussels, Me Rafaël Jeffareli, lawyer for the EU, asked that the Swedish-British group be imposed at least 10 million euros in penalties as well as “ten euros per dose and per day delay ”if the delivery schedule is not met.

At the heart of the debate: the EU accuses AstraZeneca of having delivered in the first quarter of 2021 only 30 million doses of its serum, or 25% of the quantities promised at the end of a contract concluded last September.

The laboratory denies any violation of the terms of the agreement, and considers “unfounded” the action brought against him before the civil court of Brussels.

The subject is sensitive because the much smaller deliveries than expected of this vaccine – one of the four approved in the EU against the coronavirus – had the effect of slowing down vaccination campaigns this winter.

Discussions revolve around the interpretation of the notion of “best reasonable efforts” to satisfy the customer, in this case the EU countries.

The European bloc believes, unlike the laboratory, that these efforts were not made by the latter, which has for too long favored the supply of the United Kingdom to the detriment of the continental market.

Jeffareli explained at the hearing that for several weeks after the September agreement, the Dutch AstraZeneca plant (operated by its subcontractor Halix) continued to supply markets other than the EU. .

“The best reasonable efforts imply flexibility! Why did the switchover of the Halix site (to EU supply) only start on October 13? », Launched the lawyer.

“AstraZeneca did not even use all the tools that were at its disposal”, he added, affirming that the group could at the time mobilize “six production sites to respect the fixed schedule”.

The Halix factory in Leiden in the Netherlands also supplied Japan at the end of last year, he said.

In total, “50 million doses were diverted to third countries in flagrant violation of the contract”, accused Me Jeffareli.

After the failure of an amicable settlement attempt, the European Commission announced on April 26 that it had taken legal action to arbitrate this conflict.

Initially, before a summary judge (seized urgently), the 27 member countries claim to receive the doses promised for the first quarter.

The contract expires in mid-June, according to the Commission.

In addition to the alleged delay in the first quarter, AstraZeneca is also exposed to penalties if the commitments for the second are not fulfilled. It has planned to deliver only 70 of the 180 million doses initially announced.

“If we look at the glass half full, we have delivered more than 400 million doses (worldwide) and saved tens of thousands of lives”, defended this weekend in the Financial Times the boss of the multinational Pascal Soriot.

In an interview with the Italian newspaper La Repubblica at the end of January, Mr. Soriot had already delivered his vision of “best reasonable efforts”.

“We said: we will do our best, without any guarantee of success,” said the Franco-Australian leader, arguing about “performance” difficulties due to the delay taken by the group’s partners having to “learn” the production process. .

A Belgian factory operated by another subcontractor was also inspected in January by order of the Commission.

The hearing is to continue in the afternoon with the pleadings of the lawyers of AstraZeneca. It could be extended if necessary for a day by the beginning of June. The judge’s decision should not be rendered for several weeks.