Roger Glover believes that it is difficult to spoil a good song with a new arrangement, does not support covid conspiracy theorists, he was vaccinated himself and vaccinated his family. In his youth, he dreamed that Frank Sinatra would cover his song, and in the 1970s he produced such a cool American band that there was nothing to do with its sound. The bass-guitarist of Deep Purple told Izvestia about this on the eve of the release of his new studio album, Turning To Crime. The disc will be available from November 26th.

“This is how we are criminals”

– Your album of covers was recorded at the time of lockdowns, the portraits of the band members on the cover are presented in the form of a photo with the date of arrest and an indication of the place of serving the sentence, and the name is illegal, let’s face it. What crime have you committed?

– The name came to Ian Gillan’s mind, when someone asked him: “Listen, old man, what were you doing during the lockdown, when you can’t rehearse together, much less go on a concert tour?” Ian, sipping coffee, thought a little and blurted out: “Surrendered to crime.”

This phrase sunk into my memory, literally became attached. And when we thought about the name of the new disc, it immediately surfaced. Thanks to our record label, it also became a key theme, which was reflected in many ways, including in the artwork of the cover and the rest of the art work on the album.

As for the crime we committed, I like to talk about it like this: “At first we stole these songs from their creators, mocked them a little, and now, with the release of the album, we are returning both the original authors and our fans! We are such criminals. “

– How did you select the songs?

– The process was very entertaining. I think that in the last 30-40 years, there have not been many hits that really capture the imagination of the members of Deep Purple… We are all from the same age group that grew up in the 1950s and 1970s. That musical era shaped us both as musicians and as people. It is logical that we selected our favorite songs of this time for the cover album. And all this took place in the mode of telephone and video conferences.

Producer Bob Ezrin was our captain, and he said: “Let us each of you make a list of ten songs, and then just vote, picking from fifty 10-15”. And so they did. Oh sure, the originals are sacred for us, but the main thing that we definitely didn’t want to do was to copy them stupidly, we had a task, so to speak, to “maximize” them as much as possible… And even if we used the original arrangements in places, we still played them in a new and unique way. Moreover, we brought in a lot of ad-libbing, but still the originals remained recognizable.

– And what I liked the most from the covers on Deep Purple?

– Our Smoke On The Water has a huge number of covers, and it’s really very interesting. Quite a simple song, but it’s interesting to listen to many of its adaptations, for example, played on the accordion or in reggae style. It’s hard to spoil a good song with a new arrangement.

– You were very friendly with the former organist of Deep Purple by John Lord, who passed away in 2012. Are you visiting his grave?

– Unfortunately, it doesn’t work, he is buried in England, in the town of Humbleden, and I live in Switzerland. But in my thoughts and memories, I meet John every day. 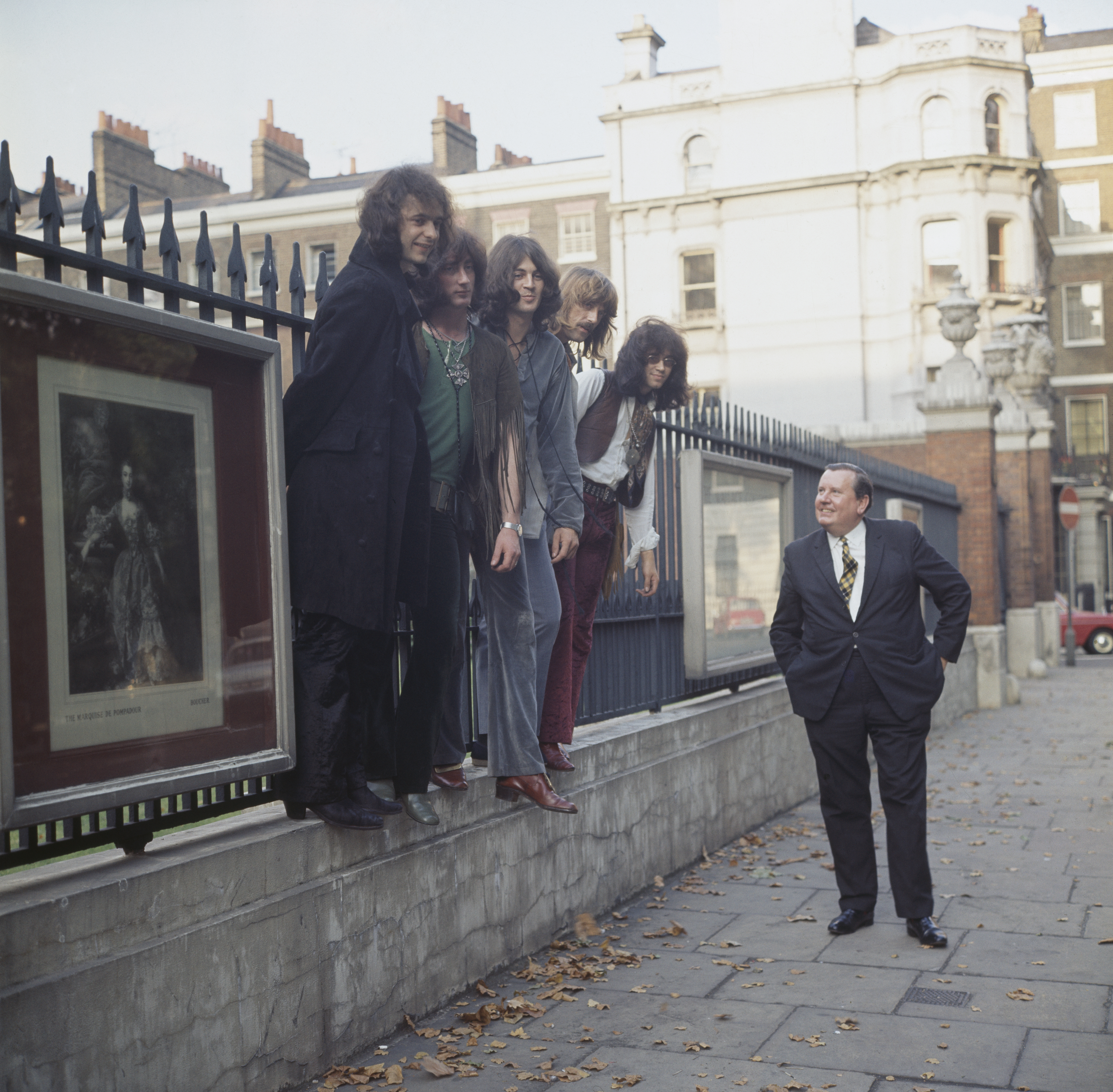 – You worked with John and as part of Deep Purple, toured both his and your solo albums with Concerto for Group and Orchestra, which is more than 50 years old. On November 5 this year, you performed it again in the Hungarian city of Gyor. Why was she so long-lived?

– In general, music is music, narrowing the framework due to some style or format impoverishes it. The Deep Purple group is the brainchild of all its members, and the basis of its music was jazz, and rock, and folk, and pop, and classics. Concerto for Group and Orchestra is kind of a battle between an orchestra and a rock group, but in the end they merge into one whole.

We recorded and released the original Concerto for Group and Orchestra in 1969 and returned to this work 30 years later, in 1999… It so happened that John lost those notes back in 1970, and the Dutch Deep Purple fan, composer Marco de Goei helped us a lot. He spent two years reconstructing the scores using audio and video recordings of the 1969 concert, revising and rehearing them countless times.

I’ve done Concerto for Group and Orchestra 20 or 30 times. A couple of times we did it only with John. In Gyr I worked with Bruce Dickinson (vocalist of Iron Maiden – Izvestia), the Gyr Philharmonic Orchestra and conductor Paul Mann. So I keep coming back to this cool piece.

– Do you have any favorites among the Russian grandees of academic, classical music?

— I have loved Prokofiev for a long time. Of course, also Tchaikovsky. In general, I repeat, I love completely different music and I think that there is no bad music. But the execution – yes, there may be questions, something may not like it. By the way, the funny thing is that I listen to very little rock music, because I play it myself.

“Most of my drawings and paintings are gathering dust in the basement.”

– With the current keyboardist Deep Purple by Don Airy you have recorded two albums – Rainbow «Down To Earth »(1979) and Difficult To Cure (1981) and great friends too. How would you feel about Rainbow founder Ritchie Blackmore’s proposal to reunite the band, if any?

– Yes, Don and I are great friends. However, as with all other members of Deep Purple. As for my collaboration with Richie and the Rainbow reunion you are talking about, then perhaps not. All these are things of bygone years, I don’t want to go back, we need to move forward. And doing something, succumbing only to nostalgia, is not my topic.

– Do you personally communicate with Blackmore now?

– Yes, we communicate using all sorts of instant messengers, as they say, remotely. But to talk directly – this has not happened for a long time.

– Why don’t you use social networks?

– There were so many problems and conflicts in my life. And I don’t want to communicate with some people, observe their life, I have many other things to do.

— Deep Purple is extremely popular with an adult audience in Russia, including among the country’s leadership. The group met with Dmitry Medvedev when he was president. Remember this meeting?

– A very delicate question. All I see is people, their emotions, mood. I believe that people all over the world love music for the same reasons. Here you can recall the words of John Lennon from the song Imagine: “Imagine that countries do not exist …” Music has no boundaries, it is a very powerful force. And I am happy that almost all my life is connected with her.

– I know that you are still an artist and a photographer; you have even held personal exhibitions. How often do you exhibit and is it possible to somehow acquire your work?

– In fact, I cannot call myself an artist or a photographer. AND I had only one exhibition in 2010 in Cologne. Yes, I went to art college when I was youngand art has always been an integral part of my life. I don’t sell my works, except that I donate them to charity auctions.… Maybe in the future I will devote more time to photography and drawing, but in any case, this is not a business. Just a hobby. If interested, look at the photos of my works, then they are on my official website in the “Art Gallery” section.

– Do you have any particularly valuable works made by famous artists in your collection?

– I have an engraving by the famous master Peter Milton. I had to pay a lot of money for it in the distant 1980s. But I am not a collector, I love to paint. And if I like what I have created myself, then I hang this picture on the wall, and this is how my collection is formed. But most of my drawings and paintings are gathering dust in the basement.

– As a producer you have worked on the Deep Purple albums, Rainbow, Nazareth, Judas Priest. Is there an artist with whom you dream of collaborating?

– Yes, there are musicians whom I admire, and theoretically, maybe I wanted to work with them as a sound producer. But I can hardly offer them something, bring to their work – I cannot imagine what I could do for them.

There is such an American group Little Feat, which became famous in the 1970s. My favorite at the time. So, being their producer, I could not do anything like that with their material, recording – what they thought up and did was so cool that there was nothing to change. Anyway, I was producing from 1970-1980. Not now.

– They say that covid is a project through which it is easier to control the population of the planet. What is your opinion?

– No, I do not support conspiracy theorists. This is all complete nonsense.

– Have you been vaccinated?

— Yes, both me and my family – we were vaccinated.

– And the last question: do you have an actual dream?

— When I was young, my only dream was that Frank Sinatra would cover one of my songs. But, unfortunately, it will never come true. And in general, I think a little differently, I do not make a bunch of plans, relying more on chance. I don’t have any grandiose goals or ambitions. I have always wanted to create music, and it has always been and remains my dream to do it with high quality.